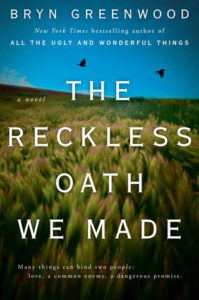 A provocative love story between a tough Kansas woman on a crooked path to redemption and the unlikeliest of champions, from the New York Times bestselling author of All the Ugly and Wonderful Things. Zee is nobody’s fairy tale princess. Almost six-foot, with a redhead’s temper and a shattered hip, she has a long list of worries: never-ending bills, her beautiful, gullible sister, her five-year-old nephew, her housebound mother, and her drug-dealing boss.

Zee may not be a princess, but Gentry is an actual knight, complete with sword, armor, and a code of honor. Two years ago the voices he hears called him to be Zee’s champion. Both shy and autistic, he’s barely spoken to her since, but he has kept watch, ready to come to her aid.

When an abduction tears Zee’s family apart, she turns to the last person she ever imagined–Gentry–and sets in motion a chain of events that will not only change both of their lives, but bind them to one another forever.

One thing is certain Bryn Greenwood never does conventional or the expected!

One: Forget the perfectly handsome hero or gorgeous heroine.
Zhorzha or Zee or Lady Zhorzha is very tall has thick creamy thights and fatty boobs with a mane of fire. She swears, has a huge tattoo and has never hesitated trading sex for money.

Gentry is not very tall but stocky. In need of a real haircuts and speaks to his feet. He is autistic and hear four voices: the Witch, his voice of reason, the Black Knight (when he has to go to battle), Gawen the misschievous voice and Hildegarde (prude and stuck up, trying to make you feel ashamed).

Think about it Zhorzha is the daughter of an ex con who went and died in prison after a bank robbery gone bad.
Her mother completely lost it and never left her home hoarding everything she could to the point of filling the house up to the roof, forcing Zee to live elsewhere at sixteen as she had no room left to sleep!
Zhorzha has navigated life the best she could with no money ending up with a deep injury and in so much pain that she takes weed to function. Burried under medical bills, her mother’s bill and everything else she resorted to smuggling drugs from Colorado to Wichita Kansas to make ends meet. She is no frail maiden nor damzel in distress just already beaten up by an unforgiving life.

Gentry is all that you could find in a medieval novel. Courteous, always polite he has mastered the art of chivalry to a T. He may live in a modern world working for The Duke of Bombardier riveting planes he knows nothing else than speaking in medieval English!
Imagine me and my native French reading about “thee”, “thy”, “weren”, “wroth” and the likes!
Oddly this made me realize the roots of modern English and how the words have derived!
He is the sweetest man ever and has declared himself champion to Lady Zhorzha! 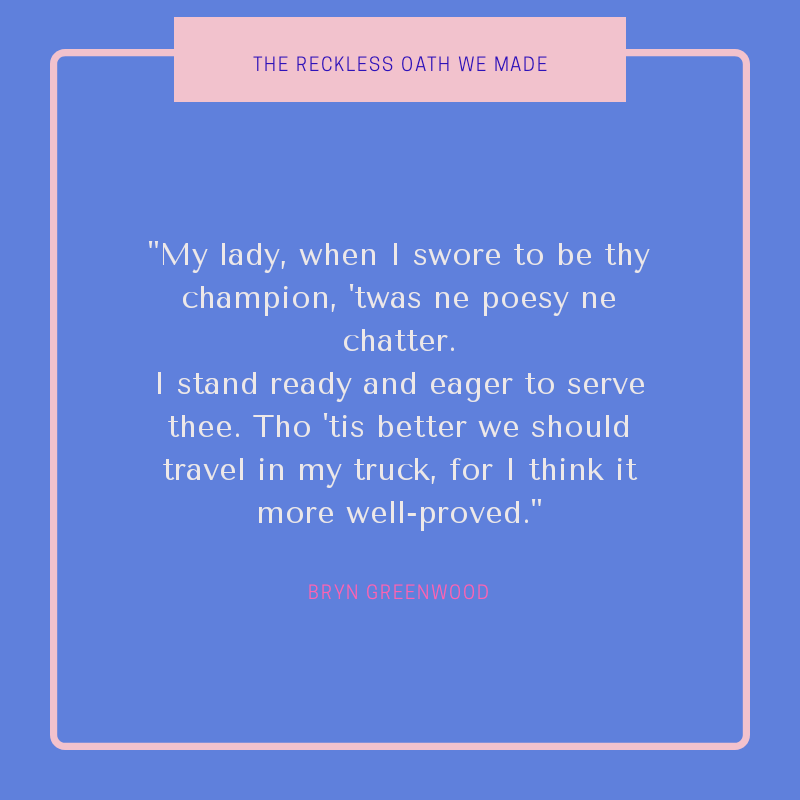 When you add to this odd combo LaReigne, Zee’s sister being abducted by two white supremacists, members of the KKK in a jail break and Zee determined to get her back, you should have had something totally bad like Cowboy vs Aliens only….it worked!
And it did more than work it was brilliant!

I won’t give more about the plot nor the characters. Just that true to Bryn’s fashion this novel is told through not only Zee and Gentry but also some chapters written from side characters POV.

If in the first pages I was really taken aback by Gentry’s medieval English I came to love it. And who knew that Gentry could talk dirty?

“I wanna say something nice about you but,…”But honestly the nice things I wanted to say, most men woulden’t take them as compliments. (…) “But you hair is seriously messed up. I like your prick.”

“Then I shall use it to lay siege at all the gates of thy keep”, he said. “

« Oh my god. You are so fucking filthy.”

Zee swearig and speaking frankly in plain English while Gentry retorted courteously in Old English gave some of the best banter ever and made it a field day for quotes!

Last thought about this unique book: this is not a romance per se as Zee is not the type to fall maddly in love at first sight nor Gentry inclined to succumb to lust yet they shared something. Their relationship can’t be labelled as it was theirs, different, odd but so authentic and fitting!

Should you read it? Absolutely!

Have you read other books by Bryn Greenwood? Or had so unique books that you were utterly surprised?