An ARC has been kindly given by St Martin’s Press via NetGalley.com in exchange for an honest review.

I did not know this author at all. I had never heard of her via my Goodreads friends or any Amazon recommendation or anything.  The book caught my attention with its pretty cover. When I read the blurb I was intrigued. Now I can honestly say I’ve been entranced and I really appreciated this book. 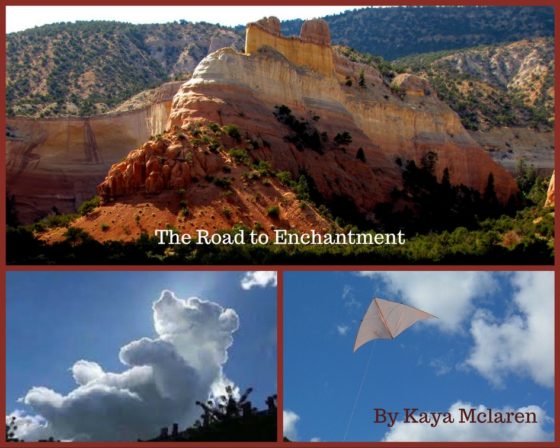 As a young girl, Willow watched her mother leave their home in Washington State in a literal blaze of glory: she set the mattress of her cheating husband on fire in her driveway, roasting marshmallow peeps and hot dogs before the fire department arrived.

And with that, she and Willow set off to New Mexico, to a new life, to a world of arroyos and canyons bordering an Apache reservation. Willow was devastated. Her eccentric mother believed in this new life and set about starting a winery and goat ranch. But for Willow, it meant initially being bullied and feeling like an outsider. Today, as a grown woman, Willow much prefers Los Angeles and her job as a studio musician. But things tend to happen in threes: her mother dies, her boyfriend dumps her, and Willow discovers she is pregnant.

The DeVine Winery and Goat Ranch is all she has left, even if it is in financial straits and unmanageable back taxes. There is something, though, about the call of “home.” She’s surprised to find that her Apache best friend Darrel along with the rest of the community seems to think she belongs far more than she ever thought she did. Can Willow redefine what home means for her, and can she make a go of the legacy her mother left behind?

This is a life story.  Willow’s story.

You’ll embark on a journey where important choices are made based upon lightning illuminating tainted-glass windows with messaged being delivered through animal shaped clouds and dreams. You’ll make wishes written on kite in the hope of being heard by who or what is “above”.  It’s a magic story filled with Indian’s traditions. It’s about finding a place to really belong. Making peace with the one you loved mourning them. One life is ending while a new one begins. Willow had to undertake this journey to find who she really is and what she wants in life. What makes her content, happy.

Willow is at a turning point in her life. She’s made mistakes and her dreams did not turn out as she had hoped. She’s been dumped by her boyfriend the same day she heard her mother died. She’s been living in Los Angeles for years now and will have to go back to the Reservation and organize her mother funeral.  She should sell her mother’s small vineyard. The one they planted together. Her mother’s dream. Her life is in Los Angeles as a musician not in the middle of nowhere among goats, dogs, lama and bulls surrounded by vines. She should…

Returning to the farm Willow reconnects with old Indian friends. Darrel and his family, old teachers. It’s a tight-knit community as Apaches believe in togetherness. The nature sings to her heart, resurrecting old dreams.

Willow has been uprooted as a teen. Her parents divorced and her mother decided to follow her dream to live close to nature moving them from Washington State to the Apache Reservation in New Mexico. Willow’s mom was “something else” tenacious and resourceful. They would be self- sufficient on this small farm. They would grow their vegetables milk the goats, use solar panels and make wine. Willow was angry, so angry with her mother. She was nearly the only white people in her new school, bullied on her first day. All she’s ever wanted was to belong. Really belong and it was not going to happen there.

She planned to escape and go live with her Grandma. But soon enough she’ll meet Darrel. He will protect her welcome her in his family and become her best friend. Thanks to countless horse rides and the Vigil she’ll come to learn her new home and blend in the surroundings.

Another chance encounter with her future cello teacher will also help the young Willow to settle and let go of some of her anger.

“Most people can’t or won’t see me,” I said. “Dad, Mom, almost everyone in my community, Ms. Nunnalee—no one sees me. But you see me. And Darrel sees me. And the Vigils see me. I just don’t want to be with people who can’t or won’t see me anymore.” I felt so weary. Looking deep into my eyes, she said, “I see you. I see you.”

Back and forth we go. Between teenage Willow and the woman she now has grown to be.

This story is about growing up. Slowly, gradually we ease into Willow’s skin, walk into her shoes and have to think about the choices she has to make. What does really matter? What is really important? Is it following the path she was on for years now and go back to Los Angeles without real friends? Or choose a new beginning and stay here in this welcoming community where she can read the clouds as if it‘s common occurrence because these people accept her as she is? Create her own music?

The writing drew me in making me experience this beautiful if lonely land of the Cestero Apache Reservation. I could see the bear shaped clouds, smell the sage bushes, feel the earth and imagine Grandpa Vigil imparting his wisdom sharing his dreams. I really loved reading about the Indian  traditions and customs. I found the Indian tradition of the Sacred Clown brilliant!  The land sang to me as it sang to Willow.

If you want a book filled with actions, fast paced and go full speed from one adventure to another one this is not your book. Things happen of course but at their own pace.  It’s a “gourmet” book, meant to be savored.

My only complaint if you can even call it a complaint? I would have loved one more epilogue because I’m a greedy reader. Some doors are closed. We can guess that some choices have been made but barely suggested. So much more is yet to come with countless possibilities. So here I was thinking I would have loved more but honestly it’s the perfect choice for this story and the author’s style.