More than 5 stars for this book given by a very good and inspired friend.

The author said about this book: ”I wanted to write about young people who struggle to lead lives of dignity and find beauty in a forgotten, unglamorous place. Who wonder what becomes of dreams once they cross the county line. This book is my love letter to those young people and anyone who has ever felt like them, no matter how or where they grew up.”
Well, it’s probably been one of the most touching and poignant story I’ve read about friends fighting to find their place in the world and carve a better future. 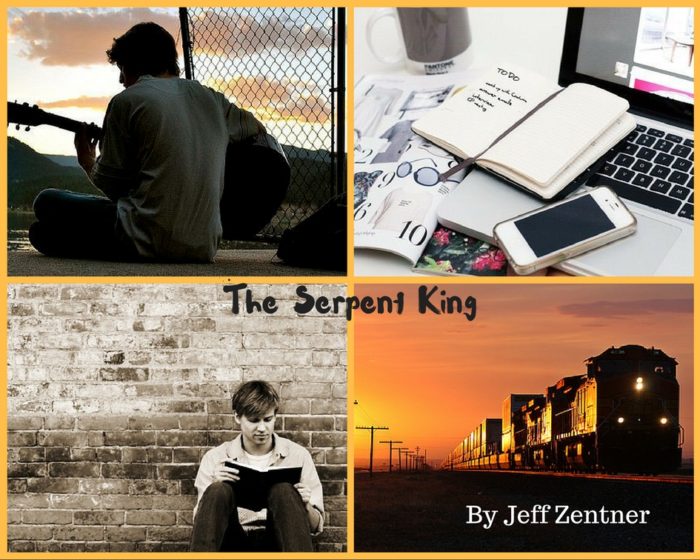 These friends, Lydia, Dill and Travis are all outcasts in their own way, set aside and mocked by their peers. They all “stand out” and are resented or envied for their difference.

Faced with this animosity, they’ll stand together and try more or less successfully to escape their fate and realize their dreams. They want to accomplish something, leave a mark. ” I want people to talk about me and remember me when I’m gone. I want to carve my name into the world.”

It was a slow building for me as I needed some time to really fall in the story but once I fell, I fell all the way. It punched me hard in the face, gripped my soul and 70% in the book, my heart broke in thousand pieces, one piece at a time. It was not a hysteric crying, it was a deep unstoppable leaking of the eyes, an overwhelming sadness.

I loved everything in this book: the writing, the setting of the story in this small town, the heavy past of two of the main characters, their unbreakable friendship and of course, I loved the three main characters. I think the author did a fantastic job portraying them. You can see who they are, live and eat with them. They become YOUR best friends. That’s why you suffer with them when fate struck. Their pain is your pain their loss is your loss.

Lydia is my sarcastic and fantastic fashion blogger. She came with many flaws, sharp tongue and little snobbism included. She wanted to fly into a big city, leave this small town and its narrow minded people behind and have friends from elite school owning beach houses. She would regret her best friends, Dill and Travis when she would live her dream and was worried about their future. She was incredibly supportive of Dill and Travis. She tried to help them the best way she could, be it by realizing one of the boy’s biggest dreams or pushing the other to face his fear and do what he was meant to do. ”Besides every reason I just gave? Because we should do things we’re afraid of. It makes it easier every time we do it.”

Dill was so lonely and suffered from his father’s actions. Shrouded in darkness, shouldering his family guilt and debt, he seeks solace in music.

”Sometimes music worked on the loneliness. Other times, when he felt as if he were sitting at the bottom of a dry well, looking up at the sky, it didn’t work at all.”

Secretly in love with Lydia, he was too shy to tell her. He too gave his friendship and support wholeheartedly when Travis needed it so much. Both boys shared dreams, hoped for a better future, one they would build together while Lydia would be away.

I must say, as much as Dill was the tragic, brooding handsome boy, I’ve a special fondness for Travis, the big boy with a golden heart. The boy who cried at six years old as they passed a shoe lying on the highways because it would be lonely. He was the strong, silent type. Very big he escaped in his fantasy books when his dad made his life a living hell. He dreamt of being one of his book’s heroes, never wandering outside without his staff and his dragon necklace. I wanted to hug this huge teddy bear. Some day he would survive a great battle and he would rise, triumphant.

As much as the boys parents were despicable people, I love Lydia’s parents, especially Dr Blankenship. They were supportive, not only of their daughter but of her friends as well, knowing they had hard time at their houses. Once more, their characters felt “real” and I would have liked to meet them in the “real live”.

This book made me rage, made me smile and made me cry. It was dramatic but not in an “over the top” fashion. It was poignant. It made me think and it gave me hope.

For the record, I did not know the author is a singer-songwriter and guitarist who played with Iggy Pop and other superstars. Well Mr Zentner, you rock as a writer!