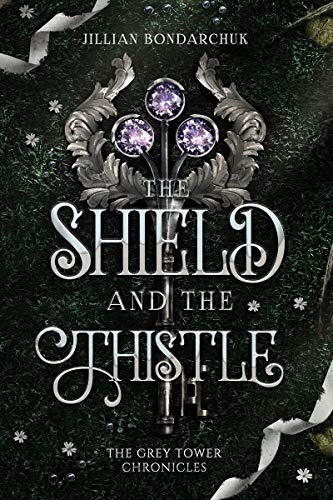 A love beyond time. An adventure beyond imagination…

To soothe her broken heart, culinary artist Meggie Washington leaves Manhattan and journeys to the mist-shrouded lowlands of Scotland. All she wants to do is escape her past and give herself some time to heal, but during an afternoon hike on the nearby MacKinnon estate, she is swept up by supernatural forces she can’t explain, and is thrust into the distant past…

Awakening in 1658 Scotland, Meggie struggles to survive in a time of savage violence and unbridled passion. And when she attracts the eye of Colin MacKinnon, brother to the region’s Laird, she finds herself wondering if she really wants to return to her own time after all.

A powerful warrior with a warm heart, Colin takes Meggie in his arms, and she feels a fire she’s never felt before. When a blood feud with a rival clan threatens both their lives, they must ask themselves what they are willing to sacrifice in the name of love.

They are two lost souls, entwined by magic and destiny. But if one should fall, can the other survive?

The Shield and the Thistle is Jillian’s first book but it does not feel like a first work!

I confess that when I began reading, I was apprehensive as I had no idea what awaited me but I fell in the book right from the first scene!

The book opens with Meggie dining with her boyfriend at a restaurant while he tells her that he moved all her stuff out of his apartment as he is breaking up with her…after having cheated for months. I was instantly sympathetic to Meggie who lifted her chin up even if she had been kicked hard! I wanted I already cheered for her!

And when she flies to her Gran in Scotland, it was a pleasure to meet her fierce grandma who gives great advices while spiking tea with whiskey!

I was immersed in Scotland, the beauty and the magic of the land. So much that I believed when Meggie fell into a cave to land in the 17th century that this could happen in a land filled with lochs and mist.   From these very first chapters, Jillian made me fall in love with that country. My next travel destination maybe?

That story has many ingredients to make it an instant hit if readers are willing to take a chance on a brand new indie author like I did! It has:

I think fans of Outlander would love this book. Jillian has done an amazing job researching 1658 Scotland! The life of a castle was depicted in great many details, from the training of warriors to the work in a kitchen and the village’s many shops. It was easy to see all that life bustling around me in a flurry of activity, exactly like these renaissance fair and reenacting!

Meggie was both sweet, caring and nurturing but also strong! She was a modern heroine, accustomed of deciding her life and voicing her opinion landing in an era where women had no power other than through their husband or father!

Yet she’ll smartly navigate that complicated situation and will soon win the heart of all the castle’s inhabitants through…their stomach!

Meggie’s passion was cooking and I loved how ingenious she was to prepare modern recipe without any of our usual appliances! Jillian did a great job finding tricks to prepare ice cream or French toasts among other recipes.

I love the found family trope and that’s what Meggie found in the castle inhabitants! Thanks to Colin, the laird’s brother and the castle cook she was welcomed with open arms and embraced like one of their own. I loved the secondary characters: they all added substance to the book from the surly cook whose heart was tamed by Meggie to the laird’s big heart and love for food and to the crafty blacksmith with the soul of an artist..

Meggie was enveloped in their love that helped cure her melancholy at having lost her grandmother.

What would be a story without a villain right? Well, we got one in this book and Meggie’s life will really hang by a thread!

-A worthy hero who’ll give us a great romance!

Colin is a formidable warrior, the best of his time but he also is a true cinnamon roll.

I love that contrast between very capable hunter, feared killer and the gentle man who loved kids while also worshipping Meggie!

Colin had a modern soul as he didn’t want to dominated Meggie but rather elevate her, help her to the best she could. He was also very, very handsome. With big muscles on display as he often was bare chested and …he wore a kilt without underwear!!Whew! Is it hot suddenly???

His passion for Meggie gave us sexy scenes and great romance!

As you can see, this is a brilliant debut and I’ll certainly read the second book in the Grey Tower’s chronicles!

Thank you for reaching out to me Jillian and good luck in this new exciting adventure!