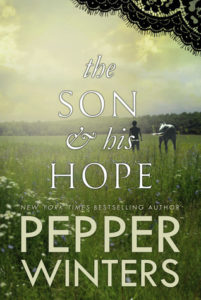 A Sweeping Standalone from New York Times Bestseller, Pepper Winters.“Things you should know about me from the very beginning:
I was born to true love, witnessed the destruction it causes, and vowed never to let such agony happen to me. I am not a story-teller like my father. I am not a writer like my mother. I am just a son—their son.
I am happy being alone.
And that is all I ever want to be.”

JACOB
The day he was born, Jacob learned his hardest and longest lesson.
It wasn’t a lesson a boy should learn so young, but from his earliest memories he knew where happiness lives, so does tragedy. Where love exists, so does heartbreak. And where hope resides, so does sorrow.
That lesson carved him from the kid to the teen to the man.
And nothing and no one could change his mind.

HOPE
I first met him when he was fourteen at a movie premiere of all places. A movie based on his parent’s life.
He was stoic, strong, suspicious, and secretive.
I was only ten, but I felt something for him. A strange kind of sorrow that made me want to hug and heal him.
I was the daughter of the actor hired to play his father.
We shared similarities.
I recognised parts of him because they were parts of me.
But no matter how many times we met. No matter how many times I tried.
He stayed true to his vow to never fall.

“I’m saying you might hurt me over and over again, but I’m strong enough to keep coming back for more.”

-frustrated me (I can’t tell you how many times I wanted to bash Jacob’s thick skull)!!!!;

-made me fall in love with these characters all over again (even the ones who had left us);

-impressed me because damn, Hope is a strong girl!

-made me think about life, about death, about grief, about our purpose;

-made me worry about Jacob, as much as Della did;

Warning: don’t read this review if you haven’t read the Ribbon’s duet and you plan to read it one day because it will spoil your fun!

Where do I start now?

This book must be read after “The Boy and his Ribbon “and “The Girl and her Ren” as this is the story of Jacob, Ren and Della’s son.

This is a hard story. A sad story.

A story of a little boy who had been so traumatized by his father’s death that he will protect his heart the best he could: by cutting everyone out from his live.

Grief affects us each differently. There is no “recipe” to grieving, no “101 handguide”, no preformatted path to follow. We can read about the “Five stages of grief” but it’s not an absolute truth, far from it!

Both Jacob and Hope had known loss. But they will grieve differently.

Jacob felt so much. Too much. And he was terrorized to love because loving someone meant hurting when they left you.

He offered a cold façade to the world. Never wanting to be touched. Never asking for a hug. Despising every physical touch. Every little show of love sent him running.

“Love was a trigger of mine—though I didn’t understand that until much later.”

He was hurting. ALL THE TIME!

And my heart broke for him as I wanted to help him like Hope wanted to.

Can you imagine the pain for Della when she felt Jacob was hurting so much and it was her and Ren’s “fault” or at least that’s what they must have thought? Being a mom and unable to hug your son because he is afraid of human touch? Afraid of connecting with someone that could leave him one day?

When Jacob met Hope for the first time she was ten and he was fourteen.

Poor Hope as she knew grief too. She had so many questions about death. But if she lost her mom and knew hurt she rapidly accepted death as part of life. She dared to love. 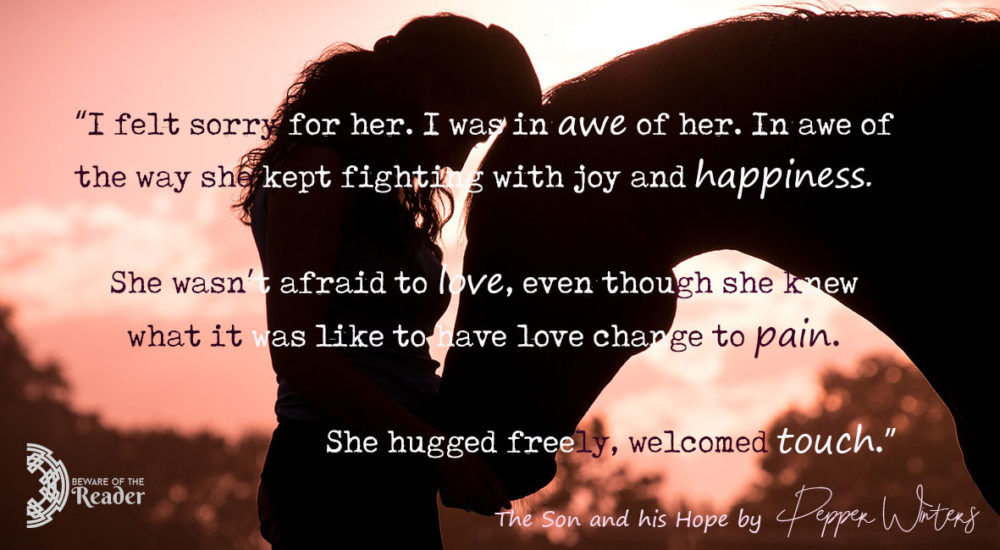 “I felt sorry for her. I was in awe of her. In awe of the way she kept fighting with joy and happiness. She wasn’t afraid to love, even though she knew what it was like to have love change to pain. She hugged freely, welcomed touch.”

Yet she was lonely and had no friend.

For years she’ll try to befriend Jacob and she was nothing if not persistent.

But loving Jacob is like loving a hedgehog: you get hurt all the time.

Reading their story was really a rollercoaster of emotions. Yet I confess that Jacob frustrated me to no end. I just wanted him to “get over it”. I wanted to shorten the book just to get where something would break. Either Jacob, either Hope.

But as with life it was the journey that mattered. I had to walk alongside Jacob to truly understand why he became that man petrified by the idea of loving someone.

I had to follow them at their own pace. If it was so hard for Jacob to come to term with loss, if he suffered so much hurting Hope in the process, the least I could do was be patient and give room for THEIR story to unfold.

Pepper Winters wrote once again a poignant story. She told a tale about love, about loss, about death and about life. How we all must follow our heart, how we must be courageous and how asking for help is not being a coward but being smart. She also wrote that love might not be enough to save someone. The journey meant to heal us is unpredictable, hard and uncompromising but there is light at the end.

Read it only if you have read the first two books and don’t shy away from ugly cry.

Now let’s chat! Do you love ugly cry reads? And do you sometimes want to shake some sense into characters?