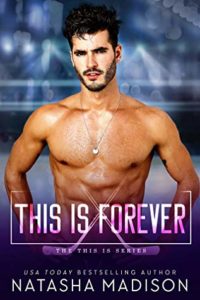 From USA Today Bestselling Author comes the fourth book in the This Is Series.
Caroline
Becoming a teen mom at sixteen was not what I expected, but then again, neither was being a single parent. Still, I wouldn’t change my past because that boy is my world. Hockey is the only thing my son seems to care about, so I work two jobs to make sure he can play. I’d do anything to make sure he doesn’t suffer because of the bad decisions his father made. When he won a whole summer of hockey training, I knew in my heart he was going to have an amazing time.

What I wasn’t prepared for was meeting his new summer coach.

He was magnetic, powerful, and a player—in all forms of the word.

If my life had taught me anything up to this point, it was how to avoid making bad decisions, and Justin Stone was the definition of a bad decision.

I could never be a woman his family approved of. Even if I wished I could be.

Summer was my off time, my time to let loose, but when they ask me to coach a hockey camp for underprivileged kids, I couldn’t say no.

But when she walked in holding a little boy’s hand, my heart stopped beating. Or maybe it started for the first time.

They were a package deal, and I knew this—wanted it more than I’ve ever wanted anything. It didn’t take long to realize that no matter what happened,

I would do anything to protect them.

She is the only one I want to be with.

When push comes to shove, I have to prove to everyone that this is my choice, and This is Forever.

This book is full of clichés! But you know what? I DON’T CARE!

Because I had a great time reading it. Because the day flew by while I was enjoying myself. And because sometimes when clichés are done properly, they leave you with stars in the eyes, all mushy and swoony.

That being said if you can’t stand clichés, don’t read it!

Cliché number one: the girl from the wrong side of the track saved by the rich boy.

Caroline has nothing material. She owns six pieces of clothes in her closet and four panties that she washes and rewashes all the time. He white cotton bra is not even padded anymore the wires hightailed a long time ago.

Enter Justin Stone, hot hockey player and loaded to the brim. He’ll make his mission to save her. He’ll be her white knight in shining pad and helmet.

Cliché number two: the single mom who is harassed by her junkie of an ex.

If Caroline has not much that’s because all the money that she can earn, and without a degree that’s not much, goes to feed her son, clothe him and try to do something nice for him.

Also paying all the debts her husband has made to her name. He shows up to sleep at her apartment and does not hesitate to steal the television and pawn it to feed his addiction. She’s got his dealers knocking at her door more than once.

When Justin parks his car next to Caroline’s, it’s all he can do not to frighten her by his sudden dedication. From the first second that he laid eyes on her, Justin has been obsessed with Caroline. The world has shifted on its axis and he’ll never be the same anymore.

Turns out that’s a common trait among the Stone’s men, something that I didn’t know as I hadn’t read the other books in the series. Fear not, this can be read as a standalone as I was not lost while reading it.

See what I mean by clichés?

But what’s important is that it works perfectly! Thanks to Justin and Caroline’s personalities. And maybe Natasha’s talent. Maybe… LOL 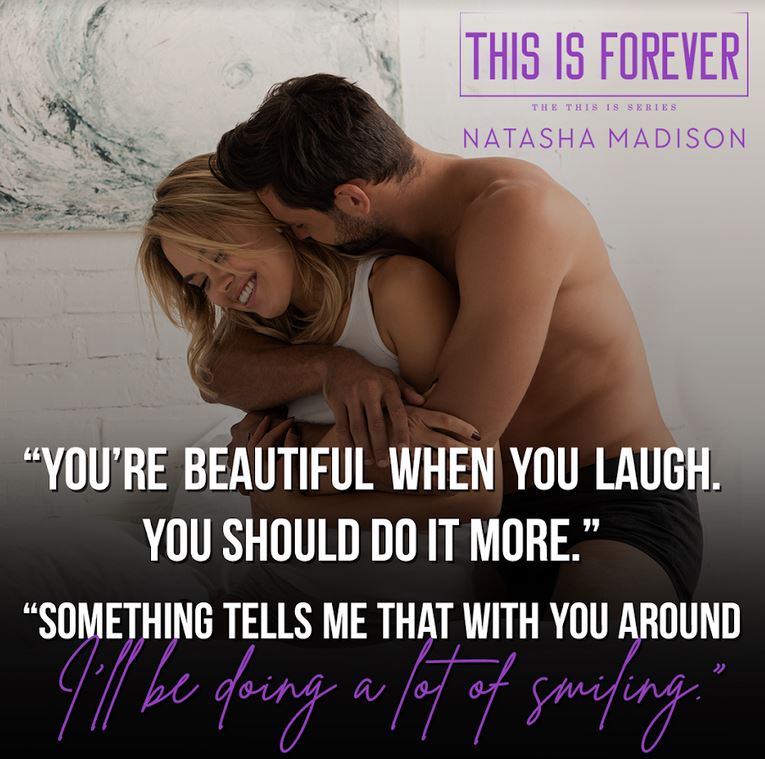 Caroline is one of the most resilient persons that I have read about. When you’ll learn all that she went through I’d say that most people would just have abandoned every hop and stopped fighting. But not Caroline.

She is determined to raise her son right and shelter from all the ugliness his father does.

The amount of poop that fell on her is just unthinkable and probably cliché number four.

I could not help but hurt for that sweet, proud and very courageous woman! She is also determined to stand one her own two feet and what Justin wants to give her, how he dreams to spoil her, she’ll fight with all her might. She is no charity case!

Justin is simply the perfect book boyfriend. Too perfect and cliché maybe but I just rolled with it without any problem!

He is hot. He is rich. He is kind. He has a foundation to help kids in need to play ice hockey. He is very protective of Caroline and absolutely loyal. He is smart. And he comes with the best huge family.

He also has caveman traits and will never let Caroline hold him from spoiling her. He’ll just give her the illusion that he concedes, at first, and then sneakily will be back with his offer under circumstances she can’t refuse. Crafty I tell you!

And last but not least Dylan, Caroline’s son is such a sweet little boy that the mom in me could not help but care for him and want to pat Caroline on her back, telling her: great job mom!

So this is sweet, with some angst, filled with great worthy characters and the perfect epilogues plural! So romantic sportsromance .

When her nose isn’t buried in a book, or her fingers flying across a keyboard writing, she’s in the kitchen creating gourmet meals. You can find her, in four inch heels no less, in the car chauffeuring kids, or possibly with her husband scheduling his business trips. It’s a good thing her characters do what she says, because even her Labrador doesn’t listen to her…

Have you read her books before?