Let’s play a game on this Top 5 Tuesday and see if you recognize the book these lines are from. Leave your guess in the comments below and meet me tomorrow to see if you have guessed correctly 😉 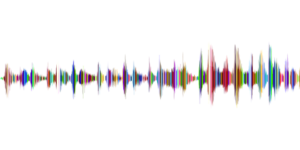 “Grace Somerfield was the first to die.

The first in my fourth grade class, at least. I’m sure by then, thousands, maybe even hundreds of thousands of kids had already up and gone the same way she had. People were slow to piece it all together – or, at least, they had figured out the right way to keep us in the dark long after kids started dying”.

“Angelo must have slept in the damp grass beside the road for a while, but the evening was cold and his cassock was thin, and he awoke, shivering. Even that small movement made him moan, but at least the sharp pain along his right side revived him. It was dark, and his mouth was so dry he licked the dew from the grass near his face. He had to move in order to get warm, and he had to move to find water. He had to move to find Eva.”

Clue: forbidden love story between a priest and a Jewish woman.

“Vlad Dracul’s heavy brow descended like a storm when the doctor informed him that his wife had given birth to a girl. His other children -one from his first wife, now nearly full grown, and even a bastard child from his mistress, born last year-had been boys. He had not thought his seed weak enough to produce a girl.”

Clue: the female character is a hell of a warrior.

“It would not be a welcome dawn.

Already the sky told this story, with its sad halo of silver beckoning from beyond the horizon.

A young man stood alongside his father on the rooftop terrace of the marble palace. They watched the pale light of the early morning sun puch back the darkness with slow, careful deliberation.

“Where is he?” the young man asked.

His father did not look his way. “He has not left his chamber since he gave the order.”

“There will be no awakening.

The sleeping woman will feel nothing the next morning, only a vague sense of unease and the unshakable feeling that someone is watching her. Her anxiety will fade in less than a day and will soon be forgotten.

The memory of the dream will linger a little longer”

Now leave your guess in the comments below please 😉