Top 5 Tuesday is a weekly event hosted and smartly thought by Shanah @bionicbookworm.

This week’s topic is about books we don’t talk enough about.

Well there could be two reasons: either they are so bad that we want to forget everything about them, duh!

Or the second reason is that we read them some years/months ago, really loved them but we’ve read so many other books in the meantime it’s like rediscovering your favorite toy in the attic: dusty but with a nostalgic feel.

As I don’t want to lose my breath on books I did not like (positive thinking here!) I will speak about these little jewels that I loved so much but never got to write a review about because I did not know we could write a review and publish it. Gasp! She is THAT old? The answer is No you big goof. I’m older/ish but far from dead yet but I did live in a world pre-internet so pre-Goodreads and I discovered Goodreads only five years ago so there’s that.

OK no more rambling let’s dive into my memories 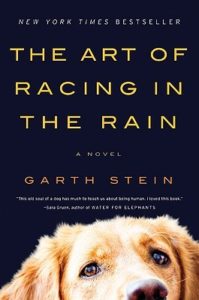 It was unasuming with no complicated plot but writing from the dog’s POV was simply brilliant. So much wisdom delivered through the dog’s eyes.

Synopsis: Enzo knows he is different from other dogs: a philosopher with a nearly human soul (and an obsession with opposable thumbs), he has educated himself by watching television extensively, and by listening very closely to the words of his master, Denny Swift, an up-and-coming race car driver.

Through Denny, Enzo has gained tremendous insight into the human condition, and he sees that life, like racing, isn’t simply about going fast. On the eve of his death, Enzo takes stock of his life, recalling all that he and his family have been through.

A heart-wrenching but deeply funny and ultimately uplifting story of family, love, loyalty, and hope, The Art of Racing in the Rain is a beautifully crafted and captivating look at the wonders and absurdities of human life…as only a dog could tell it. 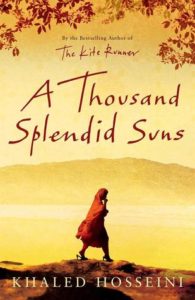 The second one is A Thousand Splendid Suns by Khaled Hosseini

This one is well known, maybe less than the Kite Runer but he left its mark on me. Probably because I’m a woman and this book focuses on women’s fate under the Taliban regime with no freedom at all.

Here is the synopsis: A Thousand Splendid Suns is a 2007 novel by Afghan-American author Khaled Hosseini. It is his second, following his bestselling 2003 debut, The Kite Runner. The book, which spans a period of over 40 years, from the 1960s to 2003, focuses on the tumultuous lives and relationship of Mariam and Laila, two Afghan women. Mariam, an illegitimate child, suffers from the stigma surrounding her birth and the abuse she faces throughout her marriage. Laila, born a generation later, is comparatively privileged during her youth until their lives intersect and she is also forced to accept a marriage proposal from Rasheed, Mariam’s husband.

If you are a woman or even a man read it. It’s horrific, harsh but real and poetic in its own way. 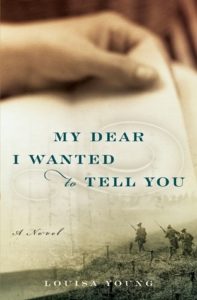 This book is so different from what I’m reading these last years but it’s superb and enlightening. Written like a family saga I learned fascinated how the first World War was a time of experimenting in reconstruction surgery as so many soldiers were deeply wounded. Many discoveries in what would become plastic surgeries were made in these times of desperation to help people to look somewhat human again.

Synopsis: The lives of two very different couples are irrevocably intertwined and forever changed in this stunning World War I epic of love and war.

From the day in 1907 that eleven-year-old Riley Purefoy meets Nadine Waveney, daughter of a well-known orchestral conductor, he takes in the difference between their two families: his, working-class; hers, “posh” and artistic. Just a few years later, romance and these differences erupt simultaneously with the war in Europe. In a fit of fury and boyish pride, Riley enlists in the army and finds himself involved in the transformative nightmare of the twentieth century.

While Riley and his commanding officer, Peter Locke, fight for their country and their survival in the trenches of Flanders, Peter’s lovely and naive wife, Julia, and his cousin Rose eagerly await his return. But the sullen, distant man who arrives home on leave is not the Peter they knew. Worried that her husband is slipping away, Julia is left alone with her fears when Rose joins the nursing corps to work with a pioneering plastic surgeon treating wounded and disfigured soldiers.

Only eighteen at the outbreak of the war, Nadine and Riley want to make promises to each other—but how can they when their future is out of their hands? Youthful passion is on their side, but then their loyalty is tested by terrible injury, and even more so by the necessarily imperfect rehabilitation that follows.

Moving among Ypres, London, and Paris, this emotionally rich and evocative novel is both a powerful exploration of the lasting effects of war on those who fight—and those who don’t—and a poignant testament to the power of enduring love. 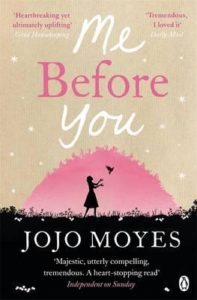 The fourth book is Me Before You by Jojo Moyes

Yes it’s a huge bestseller, a movie, a romance, all that you want but God did I love Louisa Clark and her perkiness, her bright personality. It was sad, it was funny, it was moving, it was so touching!

Do I really need to add the synopsis for this one? I don’t think so. 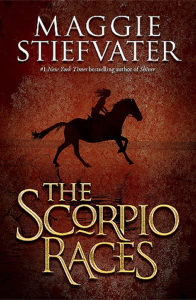 I don’t know why I don’t read her books anymore because I love Maggie’s writing. New shiny toys *herm* authors I think but I adored The Scorpio Race. It was peotic, honest, simple yer intricate. It had a kind of haunting quality.

Synopsis is you need it:

It happens at the start of every November: the Scorpio Races. Riders attempt to keep hold of their water horses long enough to make it to the finish line. Some riders live. Others die.

At age nineteen, Sean Kendrick is the returning champion. He is a young man of few words, and if he has any fears, he keeps them buried deep, where no one else can see them.

Puck Connolly is different. She never meant to ride in the Scorpio Races. But fate hasn’t given her much of a chance. So she enters the competition — the first girl ever to do so. She is in no way prepared for what is going to happen.

Now I want to apologize to Shanah as I’m late posting my top 5 as usual.

Have you read one of these books? Or do you want to push some other books and remind me of the good ol’time?