Today Shanah @bionicbookworm asked us about our top 5 books that exceeded our expectations.

As usual as I am a YA AND a romance blogger I’ll have way more than five books as I will choose some YA and some romance.

To complicate things further, I’ll have two big categories: the #underdogs and the #hypedbooks.

A book can totally surprise me because it was flying under the “reader radar”, came with no big bang nor extra publicity but still amazed me! Even more because I had no expectations about it. That’s how unassuming it was and in some cases, still is to my utter despair!

So today will be me pushing my underdogs.

The second category is the hyped books.

So, without further ado, let’s dive into the categories: 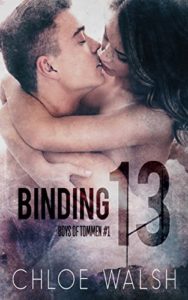 I know Chloe has a good fan base but I must confess that I had never heard about her before one of my friend told me to read her book. Then one of my followers was raving about it and I was intrigued!

To sum my thoughts once I’d read it:

“Review to come with Keeping 13 because I just have to know what will happen!

Whoever recommended this book to me (Sarah J Pena I blame YOU!) is responsible for this mess because I have ARCs to read and review but I am just ADDICTED!!!!

Oh well I guess I’ll have to read late at night to meet my commitments (Sleep? Who said we need sleep? Pfew.)

PS Chloe Walsh you are now on my radar Lady!” 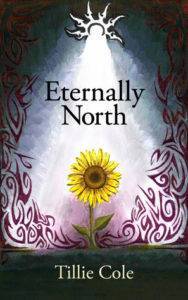 I don’t know why everyone is overlooking this one! I had first read Sweet Home by Tillie Cole but when I began Eternally North, I expected a sweet and enjoyable read. I got: so much more!

What are we looking for?

-Sassy, gorgeous heroine “on the plus size” with zero mouth filter: check.
-Glittery and totally eccentric gay best friend : check.
-Brooding, dark, tatooed movie star exuding male pheromones: check.
-Clumsy encounters where the heroine, slightly drunk and with zero complex but 100% “joie de vivre” makes a total funny fool of herself: check.
-Uncontrolable bursts of laughter and incredulous looks from my slightly worried husband (I knew she read too much, she has finally lost it!): check. 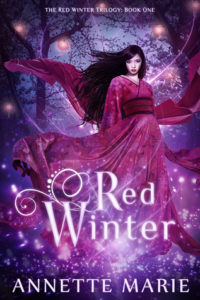 It was a buddy read and I had no idea what I was looking for. I just knew that I wanted to share a read with friends.

You have the perfect mix of fantasy and ancestral tradition in a modern world.
Secrets, betrayals and unexpected alliances.
A quest and a mystery to solve.
A beautiful and resourceful heroine.
A hot kitsune.
What I hope will be a romance of course!
And lots of action.

The writing flows effortlessly and it’s a book that is meant to be devoured thanks to the plot and its interesting characters.

Romance that is not romance and not women fiction or …: A Charm of Finches by Suanne Laqueur 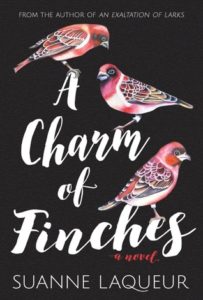 This book was like being hit by an enormous emotional wave!

The story began on a huge “bang!” and I was panting, heart galloping like a wild horse inside my rib cage. I was having a panic attack. I WAS Geronimo and I wanted someone anyone to come save me. It was the worse betrayal you could ever imagine. One hitting you in the flesh. Earth shattering aftermaths.

That’s how talented Suanne is: immediately sucking you in her story barely releasing you from her clutches from time to time just to let you breathe a little and give you a false security feeling before the next blow.

Seriously this book should come with a warning. Suanne tells a terrible and powerful story. One where you’ll call for your mom to come rescue you because the fox is in the den and you’re the panicked little chick.

Young Adult: Black Bird of the Gallows by Meg Kassel 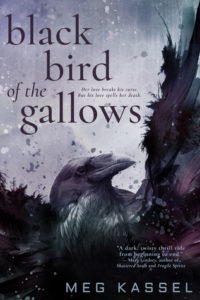 I checked again on Goodreads and that book only has 1559 ratings! Talk about the underdog! And yet I never tire of singing its praise!

Like a huge wave Black Bird of the Gallows engulfed me in its magic world and did not release me before the last sentence was over. It left me ashore a little stunned and with starry eyes.

Meg Kassel achieved the high feat of making me rediscover a genre that I’ve read often. No blazé reader here! 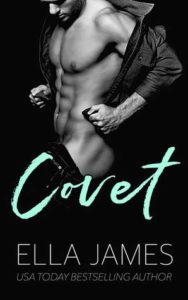 Just the other day I was talking with my friend about how Covet was so good yet nearly no one talked about it!

Honestly the blurb was vague and I had no idea what I would find but this book blew me away! I felt to much!

this book deals with a MAJOR trigger for me. One that has me running the other way and avoiding that topic like men avoid the mall on Christmas eve. I went in blind not knowing about it. And it was forunate because I would never have read this story and missed what has been a very intense, flawed and emotional story. 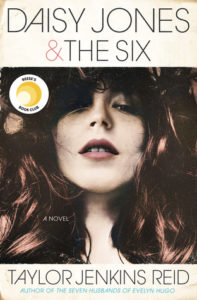 I didn’t want to read it. I had nearly the heebie jeebies whan someone talked about that book. But Daisy @thedgbookblog made a bargain with me: if I read it, she would read Six of Crows. And we both ended up our read! So much that she even read Crooked Kingdom LOL

Listening to that story was …fabulous!

This format was meant to be read by these excellent narrators! All along I felt like watching one of my husband’s documentaries with war veterans retelling their memories. 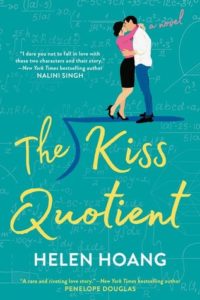 This book conquered the literary world in 2018. We saw it …everywhere.

And it was delightful!

This is the most appropriate word to describe this 5 stars read.

I had my attention drawn to this book by Astrid @thebookishsweettooth. She was so enthusiastic my interest was picked and I ordered the book on an impulse.

This story simply is a little gem. Essentially character driven, the writing is light, charming, funny and just right.

This was my first MM romance. I feared reading it as I thought maybe it would disgust me. Or feel weird to read about a romance between two men? Or …. Little did I know that it would be a huge eye opener and the best way to throw all my prejudices and fears to the trash!

I gave it 6 howling stars!

This book simply gutted me. I was overwhelmed with so many emotions… I tried not to quote too much from the book in my review but this was very, very hard as I was highlighting quotes and taking notes of everything that I felt like a mad woman.  That’s why I compromised with myself and wrote a “condensed” review a “first part”. I also put a second part with more quotes because the writing is so beautiful and so right I wanted to give people a taste of it. I want to convince everyone to give this book a chance because it’s so wonderful. I’m bursting with so many words I feel like Ox, too slow to speak/type them because they all sing in my head and want to come at the same time.

I never intended to read Sadie. This is just one of these hyped books that kept popping on my feed and the reviews were so enthusiastic that my interest was picked.

Sadie was a very courageous and tragic heroine. One that never had luck in her life.

She was tired. So tired. But she had a mission to accomplish. We will follow this brave and broken girl till the end of the story, wondering if this can have a happy ending or not.

That’s it! Have you read these books? Or what books did surprise you and surpassed your expectations?