An ARC has been kindly provided by Faber and Faber ltd via NetGalley in exchange for an honest opinion.

The sizzling, un-put-downable sequel to the bestselling Rebel of the Sands!

Mere months ago, gunslinger Amani al’Hiza fled her dead-end hometown on the back of a mythical horse with the mysterious foreigner Jin, seeking only her own freedom. Now she’s fighting to liberate the entire desert nation of Miraji from a bloodthirsty sultan who slew his own father to capture the throne.

When Amani finds herself thrust into the epicenter of the regime—the Sultan’s palace—she’s determined to bring the tyrant down. Desperate to uncover the Sultan’s secrets by spying on his court, she tries to forget that Jin disappeared just as she was getting closest to him, and that she’s a prisoner of the enemy. But the longer she remains, the more she questions whether the Sultan is really the villain she’s been told he is, and who’s the real traitor to her sun-bleached, magic-filled homeland.

Forget everything you thought you knew about Miraji, about the rebellion, about djinni and Jin and the Blue-Eyed Bandit. In Traitor to the Throne, the only certainty is that everything will change.

Would the Big Bad Wolf’s point of view sway your beliefs? Make you see him in more flattering light? Because that’s what nearly happened in this second installment. This is Show Time for the Sultan! And let me tell you he is damn pretty convincing. 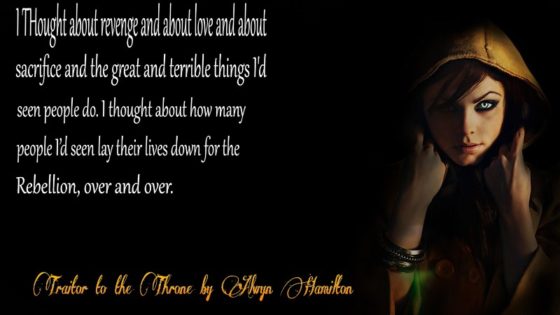 SURVIVAL KIT needed if you want to read this book:

I could not stop reading for all the gold in the world. It’s so cleverly written with so much happening that I felt a kinship with my son when he is playing Xbox. I was twitchy, on a high and super aggressive if someone dared interrupt my read.

If you don’t want your belly frightening the neighborhood with its hungry cries pile up on comfort food and drinks. Even better: prepare some popcorn because this book is movie worthy. If I was a bookmaker I would take bets on this series being bought by some movie production house.

♥ Comfortable sofa with edges to grip till your knuckles turn white.

Why? Because this book is riveting and breathtaking and spectacular and…

Well you get by now that I more than loved it. I literally gobbled the whole book in one long sitting.

Now let’s go back to the plot and what makes it so good.

This second installment does not begin right after the first one. We’re months later and everything is summarized  in the first chapter/prologue.

Amani and the rebellion are still fighting the Sultan. They want to control the desert. Amani will come back to the rebel camp with a big surprise after a rescue mission. This will trigger bad luck for her and she ‘ll fall at the enemy’s hands, powerless. How can she warn her friends? What will happen of Amani? 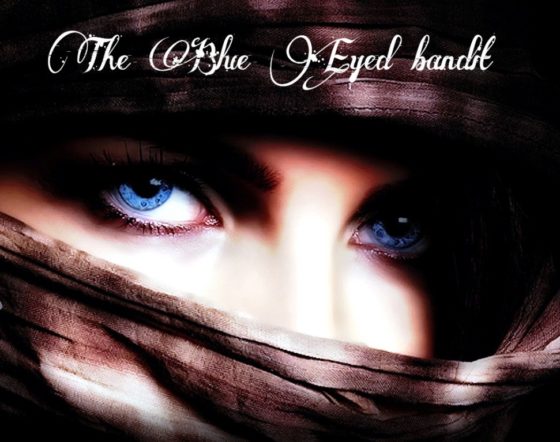 I really liked hearing the Sultan’s side of the story. Is he a clever manipulator or is he honestly convinced he acted in the kingdom’s best interest? He is a crafty fox, smart and his arguments seemed so logical I nearly forgot the side I was rooting for.

Amani can’t help being troubled by the Sultan’s explanations. Does Ahmed have enough strength to make a good ruler? Will he be able to keep his kingdom? Don’t we need other external allies to maintain the peace? We are in The Grey Zone! The moment when the heroine has doubts and need reaffirming her faith before hopping towards new extraordinary adventures.

Amani may have doubts but this is not an intermission book. There are too many events happening and the pace is too fast to qualify as such. It’s pouring twists and turns throughout the story. You don’t ever have a dull moment. Secrets are uncovered, new friendship arise and highly unexpected traitors show their face. More sidekicks to play with and flesh out the story. YAY!!!

It’s clever, fast, epic and ends on a cliffhanger from Hell!

My only regret? I did not get much Jin. Worse: I thought he was a coward and wanted to slap him so bad…before kissing him senseless “to make it better” of course! Don’t worry he’ll redeem himself by the end.

Now begins the long wait for the third book. Oh well, I’ve tons of unwashed clothes and dirty windows I have to catch up with. It’s a fair price for my day long read.

PS: Amani is an amazing heroine and I love her magic tricks: one, two, three and voilà! She is badass!