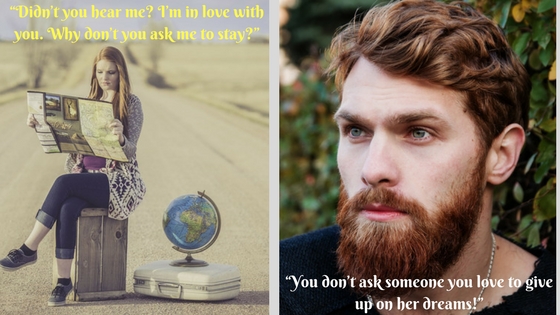 Identical twins Beau and Duane Winston might share the same devastatingly handsome face, but where Beau is outgoing and sociable, Duane is broody and reserved. This is why Jessica James, recent college graduate and perpetual level-headed good girl, has been in naïve and unhealthy infatuation with Beau Winston for most of her life.

His friendly smiles make her tongue-tied and weak-kneed, and she’s never been able to move beyond her childhood crush. Whereas Duane and Jessica have always been adversaries. She can’t stand him, and she’s pretty sure he can’t stand the sight of her…

But after a case of mistaken identity, Jessica finds herself in a massive confusion kerfuffle. Jessica James has spent her whole life paralyzed by the fantasy of Beau and her assumptions of Duane’s disdain; therefore she’s unprepared for the reality that is Duane’s insatiable interest, as well as his hot hands and hot mouth and hotter looks. Not helping Jessica’s muddled mind and good girl sensibilities, Duane seems to have gotten himself in trouble with the local biker gang, the Iron Order.

Certainly, Beau’s magic spell is broken. Yet when Jessica finds herself drawn to the man who was always her adversary, now more dangerous than ever, how much of her level-head heart is she willing to risk?


Penny Reid’s writing should just be mass produced, bottled, and smelled or drank on gloomy days!

I’ve read several Penny Reid’s books and always loved them. This one was no exception to the rule.

The first scene was pure genius and already set the tone with a “sexy Gandalf costume” and making-  out behind the scene just to discover your partner in crime was not the right twin.

Well yes, Jessica has been infatuated with Beau for years whereas she despised Duane:

“In fact, Duane and I didn’t much get along. During the same episode that initiated and solidified my life-long adoration of Beau, my aversion for Duane had also been established. While Beau was climbing the tree to save my cat, Duane was throwing rocks at the branch. While Beau had been kissing my cheek, Duane had been rolling his eyes.”

This book deserves 5 stars in the beginning as it’s hilarious, the banter is exceptional, emotions are heated (lust, anger, confusion…) it flows effortlessly. The remaining of the book was more a solid four stars.

Because I was mad many times at both main characters!

I just wanted to shout: ”Just go for it” at Duane.

And I wished I could shake some sense in Jessica. The girl had Wanderlust and wanted to travel the world. OK it sounds good except… Duane was just perfect (indecisiveness aside). A big, solid mechanic, “like a ginger-bearded James Dean, only taller and broader “ and he worshipped the ground she walked on. Cherry on top he loved teasing her and that gave great banter spicing her life. So I wanted Jessica to stop pursuing her dream and just settle with Duane. I know that’s unfair. That’s because I’m a white picket fence 2,5 kids kind of girl. I love to discover the world…when on holiday.

So I could understand the concept of wanderlust but I was still mad at Jessica for forcing Duane to make a choice. I’m fascinated by people travelling the world alone, discovering countries and people but at the end of the day I can’t help thinking they’re just lonely.

I loved Duane and his bunch of incredible Winston brothers. They are such a tight knit family that I resented Jessica for what she wanted him to do.

When you have such a dream family you keep them close and cherish every one of them. You don’t go your merry way leaving these great guys behind!

So by now you’ve grasped I was a little mad at Jessica. Now Duane needed a good kick in his (coco)nuts (see the quote below for banana and coconuts)to stop being a sissy. Would he just take the girl? ME TARZAN, YOU JANE! Go boy, go, go, gooooo!!!! But no, he had to be noble. It’s an admirable character’s trait maybe but he had so many missed opportunities…

Now one must give to Caesar what’s Caesar’s I HAD FUN!!!

I loved that Jessica always heard music in her head when she was dazzled or overcome by emotions. It reminded me of some soap my daughter loves watching with the background music in romantic moments . “This was like something out of a music video fantasy. (Did I forget to mention that my daydreams actually present themselves as music videos à laPaula Abdul’s Rush, Rush complete with glowing, imperfection-blurring lens filters?) I could only gaze up at him in wonder”

And I’m incredibly happy there are SIX Winston brothers. And let me tell you their daddy was not a gentle rabbit but rather an evil villain but he liked to reproduce obviously.

It means six times fun! I swear Cletus’s story s is the one I want to read most. I can’t wait to put my greedy hands and eyes on his book.

I also have my own theory about Jessica’s aunt and Repo. And no I won’t tell you who Repo is you just have to read the book. I swear you’ll thank me.

♥ Some quotes to lift your mood ♥

“Broken hymen while horseback riding at thirteen (…) a drunken, laconic coupling in my dorm room with my physics lab TA last year.  (…) In all honesty, I’d enjoyed the horse ride more than the man ride. At least the horse had been a stallion. Looking back, my lab TA was more like a Shetland pony—hairy and small. “

“Men read maps better than women because only men can understand the concept of an inch equaling a hundred miles.” ― Roseanne Barr

“You can’t just go around giving people cars. You’re not Oprah.” Duane’s lips flattened in a way that made me think he was trying not to laugh because his eyes were shining. “What gave me away? Was it the red hair?” Without thinking, and in a way reminiscent of our bickering childhood, I responded flatly, “No. It was the feel of your circumcised penis last week.”

When banana rubs against coconuts…(snickering)

“I know how birth control works, big brother, and—spoiler alert—putting a wrapper on the banana is ninety-nine percent effective.” “There will be no bananas!” “There will be entire tropical rainforests of bananas! And coconuts!” I gestured to my breasts. “And, hopefully, bananas rubbing against coconuts” 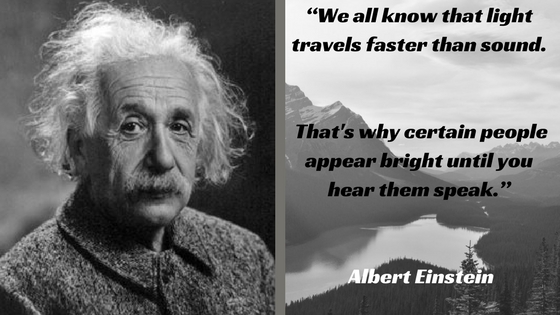 When Penny gives you sound advices…

“Plus, I was holding a pie. This was a strategic decision. My momma once told me no one turns away a lady bearing pie. If you want to get your foot in the door, bring pie and hold it in front of you. She called this the pie effect.”