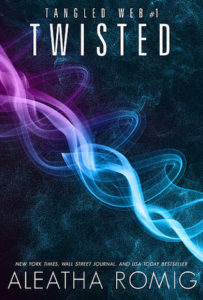 The underworld of Chicago is far from forgiving. It’s a world where knowledge means power, power money, and money everything.
While I paid the ultimate price to have it all, it wasn’t my decision to give my life..
That doesn’t mean I ceased to exist, only to live.
Going where the job takes me and living in the shadows, with deadly accuracy I utilize the skills inherent to me, not knowing from where they came, not recalling what I’d lost.
And then I saw her.
Laurel Carlson.
I shouldn’t want her, desire her, or need her, yet with each sighting I know she is exactly what I have to have. Laurel has the ability to do what I thought was impossible. She sees what others don’t.
My gut tells me that it’s a deadly mistake to change my plans and open my world to her. My mind says she’ll be repulsed by my twisted existence.
None of that matters, because my body won’t take no for an answer.
I’ve made dangerous mistakes before.
This time, will the price be too high?From New York Times bestselling author Aleatha Romig comes a brand-new dark romance bringing us back to the same dangerous underworld as SECRETS. You do not need to read the Web of Sin trilogy to get caught in this new and intriguing saga, Tangled Web. TWISTED is book one of the TANGLED WEB trilogy which will continue in OBSESSED and conclude in BOUND.

When I began reading this book I was in a hurry as I had been away from home for a whole week on a business trip and I had several ARCs to read in the span of a few days.

Hurrying in a book because you are on a schedule is so not the best way to experience a story and I try to avoid this pressure as much as I can in spacing the ARCs.

To say I was a little bit apprehensive is too weak and I dreaded giving the book a lower rating due to my mood.

I should have trusted Aleatha!

Because no later than 10 minutes in the book and I was totally immersed in that story, mixing the crime underworld with advanced medical research aiming at erasing PTSD biggest effects.

The hero is of course a commandeering alpha (we are with darker Aleatha here!) used to calculate his every move and always have the upper hand. Kader is …who I thought he would be (cryptic yes but Aleatha will understand from our chat some months ago) yet everything still remains to be revealed.

Even better, he has to realize many things about him! No telling more as I don’t want to spoil your fun! Just know that you won’t learn all his secrets in book 1 (where would be the fun otherwise, right?).

I just told you that Kader’s every move is calculated yet there is one woman, one assignment, who will totally derail his well thought plans: Dr Laurel Carlson.

I loved Laurel as she has such a brilliant mind! There is something highly attractive and satisfying when reading about extremely smart woman working in a very male and elitist field. Laurel has a huge capacity to analyze everything. She is dedicated to her research and is fundamentally good as she wants to help victims of traumatic events, not to forget what’s happened and have no fear at all because fear is useful, but to tone down the physical and physiological reactions. She wants victims to be able to live again and not being drowned in stress all the time!

When they meet, the attraction will be immediate, surprising them both. Kader is used to control EVERYTHING, his body included, and it was highly satisfying to witness that hunk of a man just being human and having some basic physiological response when presented with the right stimuli as in Laurel’s sexiness!

The story evolved very quickly into thriller mode with enemies lurking in the shadows, bad people you had to hide from, murders and disappearances popping up faster than zits on a teenage boy’s face and dangerous men turned unexpected allies.

At the end of this first installment you have this big jigsaw puzzle that still remains to be solved and you just know that you will NEED to read the second and the third installment.

Have you read Aleatha’s books? Do you love Alpha heroes?