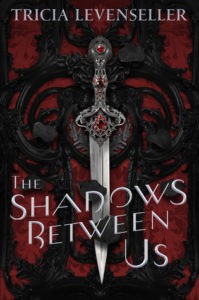 Alessandra is tired of being overlooked, but she has a plan to gain power:1) Woo the Shadow King.
2) Marry him.
3) Kill him and take his kingdom for herself.

No one knows the extent of the freshly crowned Shadow King’s power. Some say he can command the shadows that swirl around him to do his bidding. Others say they speak to him, whispering the thoughts of his enemies. Regardless, Alessandra knows what she deserves, and she’s going to do everything within her power to get it.

But Alessandra’s not the only one trying to kill the king. As attempts on his life are made, she finds herself trying to keep him alive long enough for him to make her his queen—all while struggling not to lose her heart. After all, who better for a Shadow King than a cunning, villainous queen?

The opinion below is my own personal view of this story. I don’t mean to attack the author or her work nor the great care she took to write this book that is beloved by many! This is just not my cup of tea and I am entitled to said opinion.

Am I the only one who does not like that a very, very bad deed will go unpunished here? Or that the villain just …petered out?

I have seen this book on everyone’s feed thanks to book boxes featuring that one. Not one to turn my back on a hyped book, I was curious and I chose to listen to the audiobook.

Let me tell something straight away: the writing was good, the universe was interesting.

The pace was just right and the plot was intriguing.

I have a HUGE issue with what Alessandra did at one point of her life. And that she won’t be punished for it.

I can in some books understand and forgive somehow a very bad deed when it’s done for a “good” reason, like saving your life or a beloved one. Not when it’s like, gratuitous or for shallow motives.  It also did not help at all that I did not like her for a very, very long time. She was the villain of the story, the anti-hero.

She was ambitious, selfish, ruthless, cunning and manipulative.

She was also very attracted to men and handsome men had her hormones going into overdrive. Again, that’s not the kind of heroine that I love.

Her redeeming qualities? She was smart. Extremely smart. And that’s a highly attractive character’s trait in my eyes.

I was also disappointed because if you are going to portray a villain but then want her to redeem herself, I would have expected…something more elaborate.

Aside from drooling on Kallias abs and muscles and eyes and … I didn’t really see a profound reason that justified her change of mind. Harsh? Well maybe but that’s how I personally experienced the book.

I also didn’t like that Kallias did not show a real depth as we didn’t get to know him very well. The love story did not feel like a love story for a long time either if ever.

It rather seemed that Alessandra would be swayed by whom was the most powerful and had a handsome face and body. If I didn’t like her for the most part, at least I could respect her dedication to her final goal. So why change it without a true and earth-shattering reason?

I also had guessed who the (other) villain was pretty early on, so that did not help my enjoyment.

As I’ve said, Alessandra had a smart mind that helped her to solve many problems and mysteries. I loved seeing her strategizing better than seasoned counselors.  I wanted to shout “take that you old man!”. The writing is not at fault either.

It’s just my personal issue with a hero doing something fundamentally wrong, not for any acceptable reason that could make me “understand” and forgive. Then turning coat again for no organic and fundamental reason.

That being said, Tricia sure wrote a good anti-hero!

If you love a ruthless heroine unashamed for doing very bad “things” and a storyline with assassin to uncover, king to kill or to save … go for it!

Will it discourage me to read other books by this author? None at all. As I said, her writing skills are not at fault here.