Not what I thought…. 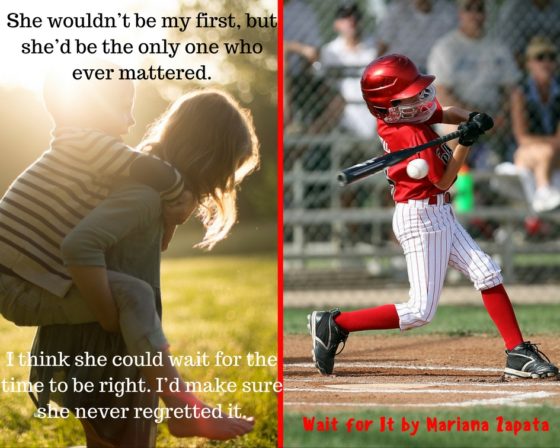 “If anyone ever said being an adult was easy, they hadn’t been one long enough.

Diana Casillas can admit it: she doesn’t know what the hell she’s doing half the time. How she’s made it through the last two years of her life without killing anyone is nothing short of a miracle. Being a grown-up wasn’t supposed to be so hard.

With a new house, two little boys she inherited the most painful possible way, a giant dog, a job she usually loves, more than enough family, and friends, she has almost everything she could ever ask for.

Except for a boyfriend.

But who needs either one of those?”

I’m a little torn…How to write this review as it was not exactly what I expected?

I did not find it was really a romance story but rather a story of love and how having kids is the best way to grow up into a dependable human being. Don’t misunderstand me it was a very good story but not what I thought I would get.

Diana is raising her two orphaned nephew. She’s just moved to be closer to her parents and other relatives.  Her brother is dead for two years now but it’s still fresh and very painful in her memories. She misses him every day. She’s just bought a house and will meet Dallas one of her neighbors in rather stressful circumstances. Dallas is quite closed off and she does not know what to think of him for a long time. As he is the head coach of her nephew baseball team and her neighbor they’ll cross path often.  Soon enough some kind of friendship will form between them.

Now that the scene is set let’s get to what left me wanting for more.

There was not too much sex scenes that’s for sure but the slow burn was more like a “snail’s pace” burn. Maybe I’m picky but I would not speak about romance in this book before a very loooooooooooooooong time. I did not feel many chemistry coming from these two. And if I like slow love stories I do need to feel the attraction and magic between the main characters. Yes Diana’s eying his abs and tattoos but as he is married she’s put a big fat STOP sign in her head. As a result we know she finds him rather attractive but I would not call it really chemistry.

So I felt a little cheated on the romance side even if he did make her fall in love “slowly, unexpectedly, and completely.”

What I did absolutely like on the other hand were the main characters.

They are absolutely wonderful. You know you have good guys in front of you. Dallas is one of the best men I’ve read about and Diana is simply a wonderful woman. She is a “speak your mind” kind of a girl. I always root for rather blunt characters as I think it saves time. But she also is respectful and well-mannered. I enjoyed her always wondering what her mom would say or do in some delicate circumstances.

I’m also a sucker for single parents even if they’re aunties. Diana was the toughest but also the most vulnerable aunt and I felt an instant kinship with that admirable woman.

Diana is raising her two nephews and she’s got a fierce love for Josh and Louie. She may not have carried these kids in her womb but she IS their MOM. She’s the best parent you could wish for and as every good parent she’s doubting herself. She fears she’s not doing a good enough job. She wants to make responsible and respectful adults out of the two boys. She would die for them. She knows when to play, when to hug and when to put her foot down. My heart broke for her in this particular scene on the field when a stuck up b@tch mom attacked her where she’s the most vulnerable: her parenting skills. God knows it’s a blow under the belt and I wanted to slap and back slap that woman!

I really liked the strong bound existing between her and the kids. I know how it’s difficult and daunting to raise kids if you want to do a proper job. How you have to find the right balance between being a cool parent but setting the limits to make them into good and respectful persons.

There were so many cute and so true moments many parents will remember some precious memories when their kids were younger. Or some not so pleasant moments that every parent has known I mean The Lices From Hell (I’m shuddering recalling the mountains of laundry, hair washing, combing… I went through when it happened to my kids)!!!

As Diana is a sweet but fun aunt it gives us some pearl. Just some quote that made me smile and sigh fondly when Diana asked Louie to stop bathing :

“He smiled at me shyly as he climbed to his feet, still completely innocent, not caring that he was naked. A year ago, back when we’d shared one bathroom, I’d accidentally walked in on Josh. He’d been buck naked and had yelled like I’d gone in there to kill him, screaming with two hands covering his privates, “Don’t look at my nuggets!” As if I hadn’t seen his little pistachios a thousand times before.”

Josh and Louie also won my heart. They were both amazing kids and Mariana Zapata did an excellent job portraying them. Josh was very protective of his aunt. Adult-like and the man of the house he also was always loosing or forgetting his things.

Louie… Louie will make you melt on the spot. He was a little sun blond with big blue innocent eyes and a huge smile on his face that could charm everybody. We all know some kids like that: the big driven one and the small little cutie you would give the sun and the moon to.

So all in all I had a good time reading this story of growing up where the saying “it takes a village to raise a kid” could not be more accurate.