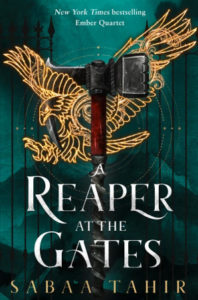 The highly anticipated third book in Sabaa Tahir’s New York Times bestselling EMBER QUARTET.Beyond the Empire and within it, the threat of war looms ever larger.

The Blood Shrike, Helene Aquilla, is assailed on all sides. Emperor Marcus, haunted by his past, grows increasingly unstable, while the Commandant capitalizes on his madness to bolster her own power. As Helene searches for a way to hold back the approaching darkness, her sister’s life and the lives of all those in the Empire hang in the balance.

Far to the east, Laia of Serra knows the fate of the world lies not in the machinations of the Martial court, but in stopping the Nightbringer. But while hunting for a way to bring him down, Laia faces unexpected threats from those she hoped would aid her, and is drawn into a battle she never thought she’d have to fight.

And in the land between the living and the dead, Elias Veturius has given up his freedom to serve as Soul Catcher. But in doing so, he has vowed himself to an ancient power that will stop at nothing to ensure Elias’s devotion–even at the cost of his humanity.

I don’t know how to rate this one as my confusion is deep.

I can’t seem to sort through my emotions.

I don’t know if anger, sadness, disappointment, anger, frustration or admiration must prevail.

One sure is certain: my alliances have shifted.

In the first two books I did not care much for Helene but rooted for Laia and Elias.

Now Helene is my star, my favorite heroine and Laia and Elias have disappointed me deeply. I see them like children trying to play adults game but too immature and hotheaded to have a chance at winning! They reminded me of these hamsters running and running in their wheel but getting nowhere in their haste.

Certainly as I know that all their actions came from a place of love, a want to help and save. Yet it was not the right set of action.

Helene has revealed a side of herself that I had not grasped in the previous books: her enormous love for her people, for her family. Her huge courage and impressive will to sacrifice herself for others to have a chance to live. 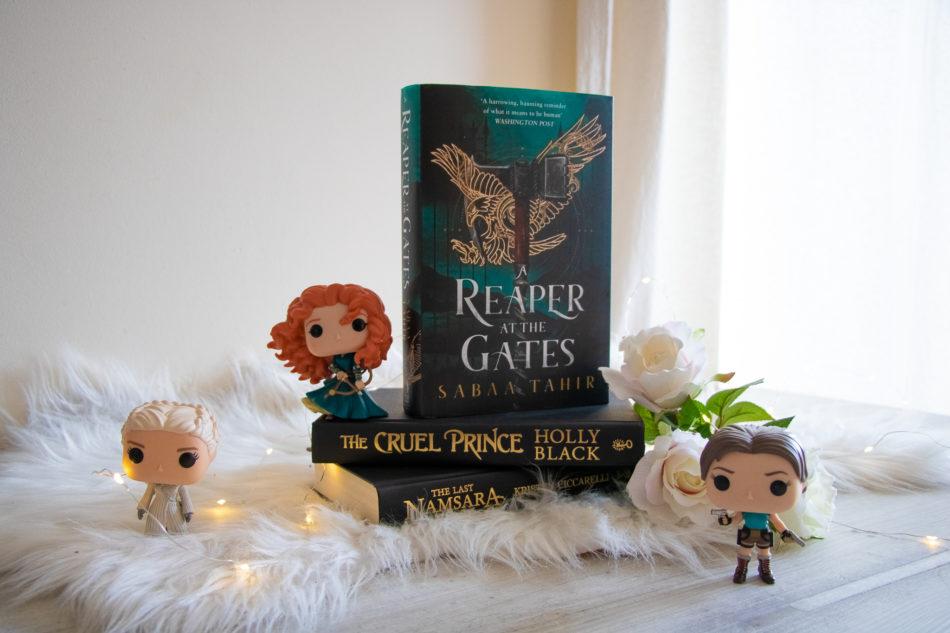 I am also deeply confused about the Nightbringer.

A world as it was before.

When the jinns and humans could coexist peacefully.

Before that king did what he’s done.

Before he destroyed innocents and all whom the Nightbringer loved.

But the Nightbringer is not ready to stop his plan.

Or maybe not yet?

One thing that stayed the same is my dislike for Keris. But even this dislike vacillated at some point in the book when I learned how she was as a child, what’s been done to the mother who loved her so deeply, what she’s been through and what’s been done to her beloved one.

Still, with her thirst for power, with her actions and not knowing more of her secrets, I ended this book despising her.

I know I am not making sense as I don’t want to spoil the book and I am still in the stage that I need to pour all my emotions out of my chest.

So let’s try to be more structured here!

Without spoilers, what you will find in this book:

–ghosts, lost, angry, willing to escape The Waiting Place while Elias could not move them fast enough as he did not want to become one with Mauth and understandably wanted to cling to his humanity, to his beloved ones. I feel sorry for Elias yet disappointed with him as he did not impress me here. Gone are the starry eyes.

“You are cruel Elias to give a girl all she desires only to tear it away.”

–Laia running everywhere to try to save the Scholars from their fate, try to free them and thwart the Nightbringer’s machination. Yet it seems she’ll learn nothing here even if her acts of kindness are numerous and should have me be more lenient on her;

–Helene who will be the revelation of this book. She was the only one trying to think rationally to stop Keris’s plans, protect her sister while being much more human and compassionate than she’s been previously. She has courage, beauty, strength, kindness and intelligence.

“Needing protection is not a weakness. Refusing to trust your allies is.”

-have I mentioned schemes? Yes but they deserve to be mentioned a second time because this story felt like a jigsaw puzzle. Or like one of these rubic cubes where you move one layer than the other in the hope of solving the problem while making more of a mess of it. I am deeply confused. All the story is like a big riddle and if some questions were answered more arisen.

To conclude: I don’t know what I want to wish for in the next installment. It is very unusual for me but I had the same feeling after King’s Cage by Victoria Aveyard.

I should wish of course Elias and Leia together because I must reckon that I rooted for them in the first books. Only it seems impossible now.

So what should I wish for Leia? To find another love? To die alone?

I should wish for the Nightbringer to lose only now I understand his pain and commiserate with him. He is not the black evil villain anymore but has many shades of grey an d strangely I want him to find relief and happiness.

The only certain wish I have is for Helene. I hope that she can love and I won’t say more about this. I hope she’ll keep her family. I hope she’ll become a great leader.

I also wish for Keris to perish but I have a suspicion that if I learn more about her past and her secrets I’ll be in the same predicament that I am right now for the Nightbringer.

I for sure wish that the next book does not feel “all over the place” but makes sense.

Oh and of course I’ll read the next book as I want to know the end. Let’s just hope Sabaa Tahir does not disappoint me like Victoria Aveyard did with Warstorm.