Today is top 5 Tuesday and with Shanah’s topic of the day I wonder if I’ll be Nostradamus or rather the weather man (woman).

In other words will I be spot on or completely wrong in my 5 stars prediction?

My year began great with many 5 stars but recently I have been a bit in a book funk for the first time ever!
My highest rated book for two weeks was 4,75 stars not bad but not my usual rain of 5 stars…

So here is to hope that the following books will be amazing because …. 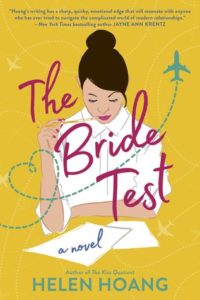 The Bride Test by Helen Hoang.

Quite a challenge as I have very high expectations having fallen head over heel in love with TKQ! Will Esme be as great as a heroine as Stella was? And Khai is Michel’s cousin!!!! For the record I still have NOT FORGIVEN ALL OF LUCKY YOU who have already read the ARC!!!! 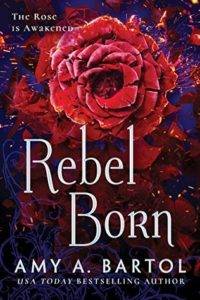 Because I am smitten with this series and Roselle Saint Sismode. Here again I fear the  disappointment because…expectations! 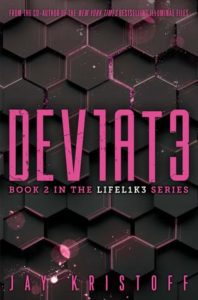 I adored Lifl1k3! I need miss Fresh! And Zeke is all mine! I am calling dibs you hear me Eve! 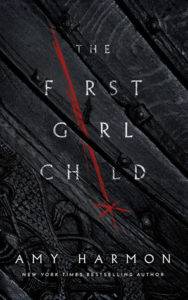 Because she always amazes me and is my number one author!

From ​the New York Times bestselling author comes a breathtaking fantasy of a cursed kingdom, warring clans, and unexpected salvation.

Bayr of Saylok, bastard son of a powerful and jealous chieftain, is haunted by the curse once leveled by his dying mother. Bartered, abandoned, and rarely loved, she plagued the land with her words: From this day forward, there will be no daughters in Saylok.

Raised among the Keepers at Temple Hill, Bayr is gifted with inhuman strength. But he’s also blessed with an all-too-human heart that beats with one purpose: to protect Alba, the first girl child born in nearly two decades and the salvation for a country at risk.

Now the fate of Saylok lies with Alba and Bayr, whose bond grows deeper with every whisper of coming chaos. Charged with battling the enemies of their people, both within and without, Bayr is fueled further by the love of a girl who has defied the scourge of Saylok.

What Bayr and Alba don’t know is that they each threaten the king, a greedy man who built his throne on lies, murder, and betrayal. There is only one way to defend their land from the corruption that has overtaken it. By breaking the curse, they could defeat the king…but they could also destroy themselves. 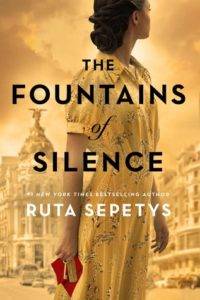 The Fountain of Silence by Ruta Sepetys.

I discovered her writing recently and she moved me beyond anything! We chatted about her with Mariana Zapata at RARE Paris as she is one of her favorites too. We can’t both be wrong right?

Now I could NOT stop here! Because …

I have high hopes for:

The Method by Kate Stewart that I began reading recently but she amazed me! A Five Minutes Life by Emma Scott because…it’s Emma (yes yes I know no pressure right 😀 ) and War by Laura Thalassa but the challenge is insane as Pestilence was nearly perfect!

OK now let’s chat! Do we share some of these? Or what are your five stars predictions?

PS I will comment and like as a mad woman tomorrow as work has been kicking my behind AND I am studying very seriously how to make scented colored bookish candles (and print their artsy stickers end …).