This one was maybe the hardest of all to come!

I had no idea what was expected of me!

I swear these events can be real challenges for bloggers! I think I had a blank face when I read this for the first time.

In time of need and struggle, I call in the team as in my kids! They always have good ideas and my daughter was like “Duh! Make the Hunger Games happen on Halloween. They are hungry mom!”.

Insert a gif or a cratoon with a woman slapping her face here because it was OBVIOUS! It shows that us adult often look too far and don’t see what’s right under our nose!

So let’s do it and have The Hunger Games on Halloween. 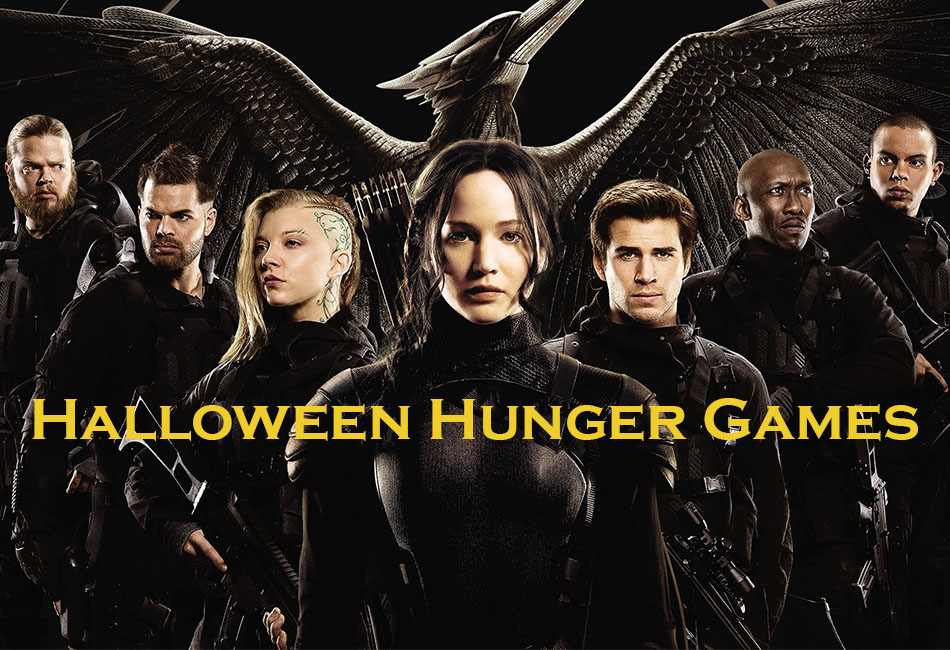 It’s Halloween and kids from every district have been selected to fight for treats! The winner gets all the sweets he or she wants for one year.

Every trick is allowed going from teleporting to magic potion.

As in every game, you have to choose an avatar. Who will be what? With each avatar comes strength and weaknesses so choose wisely. But you can’t choose like that. You first have to win a race climbing trees.

The first at the top will choose first and the last one to finish climbing will be left with whatever choice remains.

Now that we have the setting and the rules, let’s see who would be which creature right?

First of all we have Katniss Everdeen.

She is resourceful and can play tricks like none other. As she has a great balance, I could see her flying on a broom. Instead of arrows she could throw spells. I think she should be the witch!

Peeta Mellark is the baker’s son.

He has a gentle soul and only wants to protect Katniss. I don’t see him as a vampire or werewolf or …

As he is very good at disguising himself and disappearing in nature I would make him a ghost. The one always haunting Katniss as he saved her when she was a kid. A friendly ghost in love with her, like the movie! But a ghost who would play all kind of tricks on you if you tried to hurt Katniss!

Imagine that Gale Hawthorne was chosen as a tribute to win the sweets.

He is hotheaded and vengeful. Good at hunting in the nature he should make a perfect werewolf.

Finnick Odair is the pretty one. The shiny one. The one everyone wants.

But he may seem smooth on the outside, mellow and shallow he hides his game really well. He could trick the best! That’s why he should be a fairy!

Johanna Mason reminds me of a zombie.

She’s been through so much she is hungering for fresh meat and death. She is marked, desperate and suffers from PTSD with all that she went through. She lives but is no longer from this world. She would make a perfect zombie.

Last but not least, the one hiding the sweets and ruling this game: President Snow.

He is cold blooded. Ageless. Soulless. I bet he drinks blood just for fun. He would be the king of the vampires!

Now that we have a cast, how do you think this game would go?

You have the blow of the horn and everyone is beginning to run in the woods, hunting for the treasure crate holding all the sweets.

Peeta is the first to disappear in the woods, trailing Katniss unseen, ready to save her and give his life for her if need be.

The first to fall would be Gale.

He was too impulsive and could not rein in his instinct chasing after a rabbit. He got caught by Joanna who just munched his rear leg. Wounded and needing time to regenerate he was disqualified.

Joanna was still hungry and she really really wanted a morcel of shiny finnick. But Katniss saved his life, jumping from the tree she was hiding in and knocking Joanna out. Bound and gagged, she’s no longer a threat.

This is a race for treats but Finnick is chivalrous and retreats to thank Katniss hoping she can win the prize.

Katniss did not see president Snow teleporting just behind her, drawn by her sweet scent. He opens his jaw ready to bite her when Peeta springs into action and impales president snow on a wooden staff. Yet President Snow in a desperate move bites Peeta and both disappear *pouf* like a ghost. Gone.

Katniss is the sole player remaining and reaps the crate filled with sweets.

As she is generous she will share her prize with the other tributes once they have regained their strength.

Everyone is a winner except Snow because I really don’t want him to get redemption. 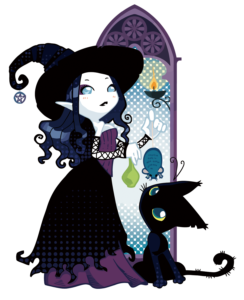 Now do tell me, what do you think of my Halloween Hunger games? Did you imagine something else?