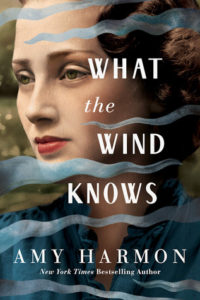 In an unforgettable love story, a woman’s impossible journey through the ages could change everything…Anne Gallagher grew up enchanted by her grandfather’s stories of Ireland. Heartbroken at his death, she travels to his childhood home to spread his ashes. There, overcome with memories of the man she adored and consumed by a history she never knew, she is pulled into another time.

The Ireland of 1921, teetering on the edge of war, is a dangerous place in which to awaken. But there Anne finds herself, hurt, disoriented, and under the care of Dr. Thomas Smith, guardian to a young boy who is oddly familiar. Mistaken for the boy’s long-missing mother, Anne adopts her identity, convinced the woman’s disappearance is connected to her own.

As tensions rise, Thomas joins the struggle for Ireland’s independence and Anne is drawn into the conflict beside him. Caught between history and her heart, she must decide whether she’s willing to let go of the life she knew for a love she never thought she’d find. But in the end, is the choice actually hers to make?

Here I am once again in a tight spot trying to write that review. As for each Amy Harmon’s books, the task is daunting. There is so much to tell yet I don’t own a tenth of her talent.

Maybe let’s begin with the more important: I read it in one sitting and it is a long book (120.000 words). I left my body’s imprint on the couch by the end of the day.

But that’s how enraptured I was.

Amy is not on the top of my top 3 authors for years now without a reason: her words are magic!

She really weaves a tale intertwining past and present Ireland, mixing historical facts with ordinary people’s lives, rational with a dash of fantasy.

And it works so well that I was not in my living room on my couch anymore. I could tweak her quote and apply it to reading instead of writing:

“It was like that for me sometimes. I would become so immersed in reading that the scenes and characters I created came alive in my head, fleshed out and independently animated, visiting me as I slept.”

I was at Garvagh Glebe. I found myself catapulted by some magical twist of fate (we are in Ireland, land of faeries) in 1921. Looking so much like another woman it was uncanny. I was supposed to live her life, trembling someone would discover that I was an impostor as I didn’t know how to lace a corset or how to call some pieces of garments.

No one would believe that I was coming from the future when I did not know how I landed more than 80 years ago.

Does it feel like Outlander here? Well yes that’s what I experienced too 😊. 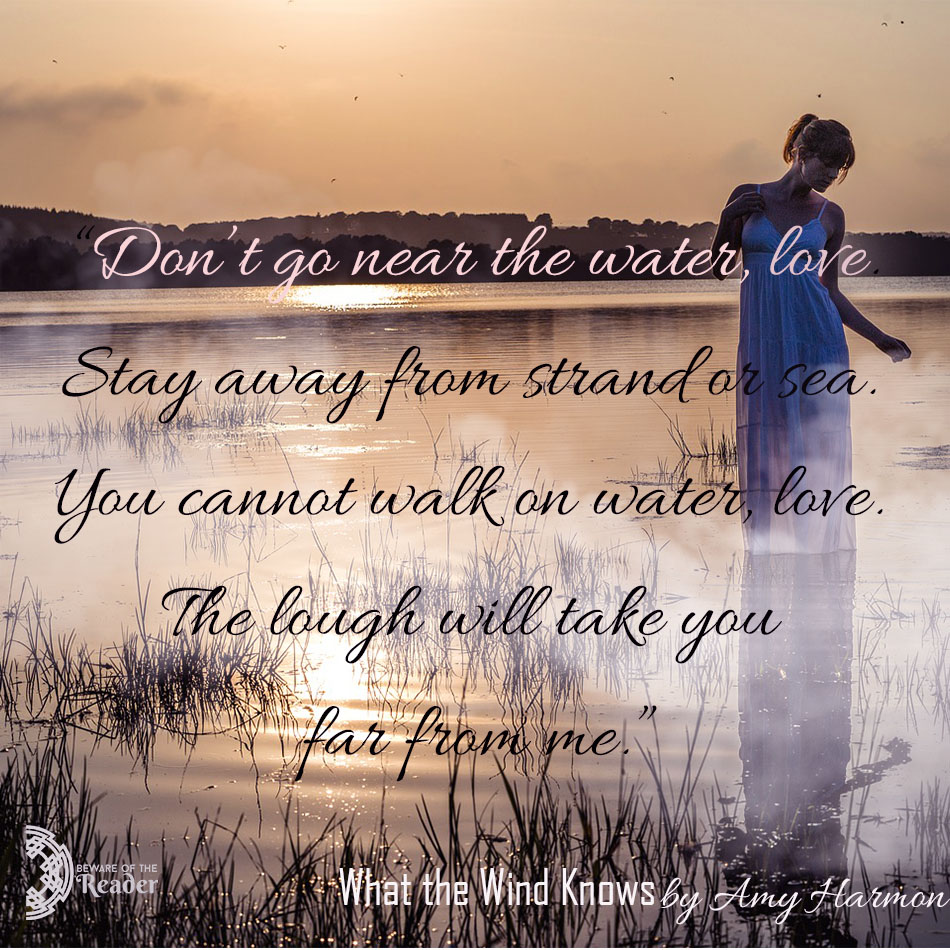 Anne is our female MC and is a renowned author. I loved how Amy must have drawn from her own writing experience to build her character.

Ann has been orphaned since she was an infant and has been raised in Brooklyn by her grand-father Eoin. She’s traveled the world with him but they never went to Ireland, his country. It was never time yet.

Now that he is gone, she promised to spread his ashes in Ireland on his beloved lough.

Soon enough a white mist is surrounding her on the lake and she’ll be shot and left to drown only to be saved by Thomas Smith, local doctor and linked to her ancestors. Thomas has been  part of the rebellion trying to free Ireland from England’s clutches.

That part of history has always fascinated Anne as she planned on writing a book on these historical period. She’s been researching for months and now she is thrown in the middle of all these famous events, meeting people who made Ireland’s history.

Reading about Ireland tumultuous past was enlightening. I may live in Europe and have some notions taught in school about Ireland’s fight to get free from England’s dominion I never had such detailed information. I lived the same experience while reading From Sand and Ash about the part played by the church in Italy in protecting countless Jews during WWII.

“Every day it’s another terrible story, another unforgiveable event. The whole country is under immense strain, yet there is an odd hopefulness mixed with the fear. It’s as if all of Ireland is coming awake and our eyes are fixed on the same horizon.”

Amy uses a similar “technique” as Ken Follett when he is writing his historical books: giving us solid historical facts, insisting on key events in the grand scheme of history while making it fascinating and human as we are following individuals living these events. This is not a non-fiction retelling of major events. This is a very human tale of people living in that century and experiencing first hand all the fights and inner struggles of Irish people. 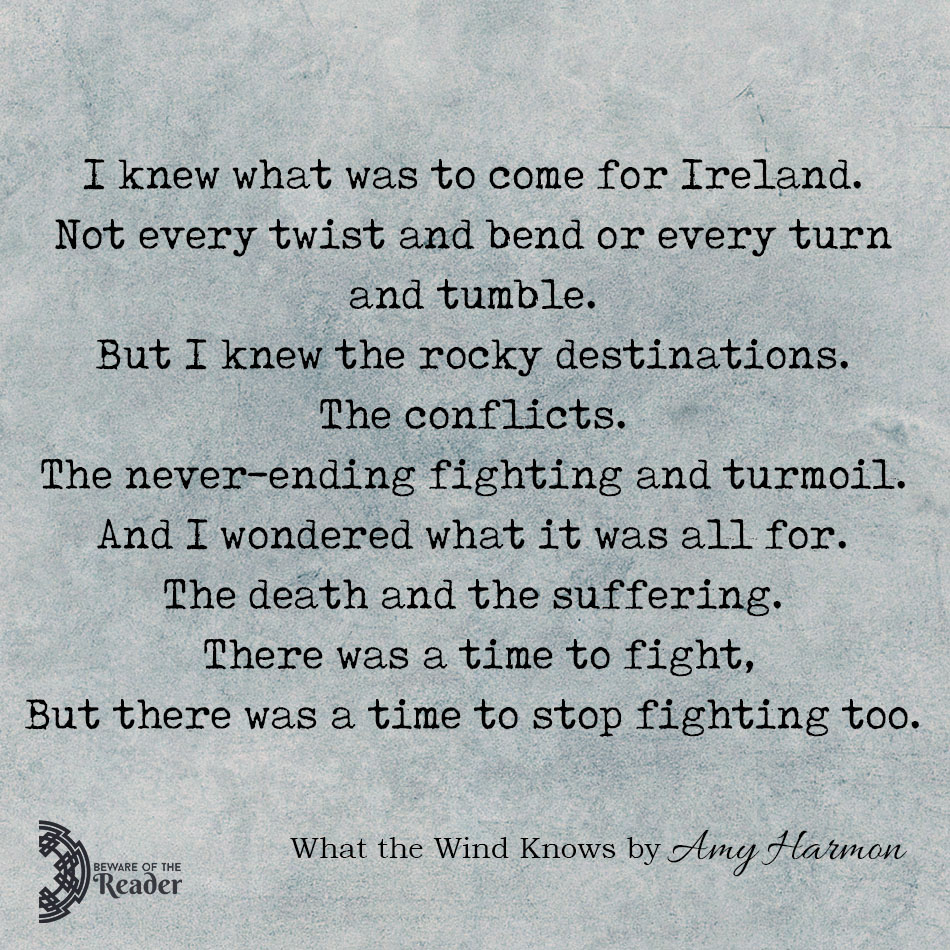 I think every history teacher should teach history using the same trick! I bet many more students would become history geeks if they could read books like Amy’s or Ken Follet!

“Don’t let the history distract you from the people who lived it.”

What I admire most about Amy is that she does not go for flawless, utterly gorgeous with steel abs heroes. No. She chooses men and women looking like your friend or neighbor. But what makes them shine above all else are their inner qualities, their moral compass, their generosity, their dedication, their doubts and their sufferings.

Thomas Smith is not bad looking but Amy’s depicting him with sharp knees. He is lean but has no bulging muscles. He is not the one captivating his audience and wanting to shine under the spotlight. Yet he is more than a worthy hero. Answering every call as a local doctor day or night, patrolling to protect his people and his rebel friends yet making time to draw for his ward when any man would go to sleep.

“Thomas Smith was the kind of man who could quietly slip into and out of a room without drawing much attention. He was handsome if one stopped to contemplate each feature(…) Yet he had a slight stoop to his shoulders and an air of melancholia that had folks respecting his space and his solitude, even as they sought him out. (…) He wasn’t tall. He wasn’t short. He wasn’t a big man. He wasn’t a small man. He wasn’t loud or obtrusive even as he moved and acted with an innate confidence. He was simply Thomas Smith, as ordinary as his name, and yet . . . not ordinary at all. I could have written stories about him. He would be the character that grew on the reader, making them love him simply because he was good. Decent. Dependable.”

He is calm, kind and generous, offering shelter to poor families dying from hunger in rural Ireland. His many small acts of kindness won my heart all over. Thomas also has a fervor for what he believes in. And he believes in a free Ireland. But the price to pay is high and we follow Thomas doubts and inner reflection. Is really all fair in war?

“It is one thing to fight for freedom; it is another to condemn the innocent to die in your war.”

This patient, generous and solid man will steal Anne’s heart.

Anne is also someone you will like easily. She is kind but strong. Smart and compassionate. Brave even if she is afraid. 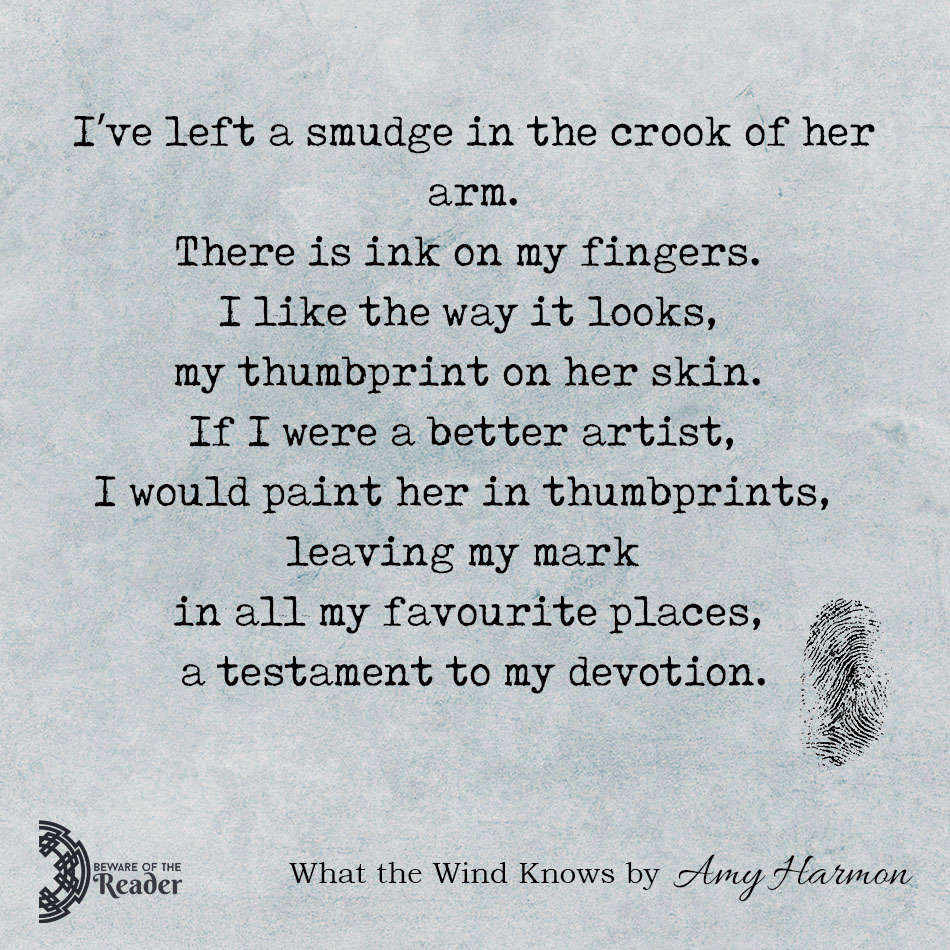 If I loved the historical context, the characters, the plot and the pace who was just right I can’t overlook Amy’s writing.

I wrote in my first review that Amy has a grace when writing a story. It flows effortlessly, beautifully and I dare say poetically. I always end up with so many quotes that choosing to feature some in my review is a nearly impossible task!

Last parting words because this review is long (yes, I know) I really loved how Amy made us see that there rarely are true villains. Because even the villains in this story were firm believers that they were doing what was best for Irish people. And yes everything is a question of perspective. We have so often history lessons in black or white, where the line is drawn. Yet the truth is often to be found in the shades of grey.

“I’d been wrong about one thing. These were not average men and women. Time had not given them a gloss they had not earned. Even those I wanted to loathe, based on my own research and conclusions, conducted themselves with fervor and honest conviction. These weren’t posing politicians. They were patriots whose blood and sacrifice deserved history’s pardon and Ireland’s compassion.”

I am stopping here as I could go on and on about that book. But …just read it!

Have you read Amy’s books before? Are you a fan like I am?