Sorry for this super late post but I have been busy listening to The Extraordinaries by TJ Klune while taking tons of pictures for bookstagram today and …the time flew by!

This week has been very busy at work, still homeworking but doing it late!

I think the most memorable thing that happened this week was when I decided that I was fed up of being a social recluse and denying myself things that did were allowed by our government as in: going to the fitness club and doing aquaboxing!

It’s been allowed since the beginning of July but I did not went back as I was not feeling comfortable.

Only …about two weeks ago I hit a roadblock.

I just couldn’t go on like this, away from everyone I knew. I was mentally exhausted because here, I was censoring myself. Not the best feeling.

After talking with my doctor, she said that we were in this situation for yet some time and that I was in good health. I could try to go back doing aquaboxing and see if I felt comfortable or not.

So that’s what I did, alongside another friend who seemed to have reached her limit at the same times as I did too.

I guess nearly six months of self isolation had put a toll on us.

And it was …weird!

I entered the club with a mask on, like everyone else. In the common changing room, I chose a place very far from everyone else and removed my mask only when I as in my bathsuit.

Then began the clumsy dance of going to the pool while keeping my distance with the other people and, when it was not possible, turning my back on them just to hurry and finally, reach the pool!

There, we had tapes around the pool to mark the spots where we had to be. That way, when I extended my arms sideway and my neighbors did the same, we didn’t touch, respecting the distances.

I guess that being in water with chlorine also helps with the COVID.

My friends were so sweet as they knew I was coming back and had kept “my” usual spot free!

Anyway it was both exhilarating to be able to do aquaboxing again and a little bit frightening or weird to be with people not wearing masks and thinking “It’s OK, the gorvernment allowed it and since two months, no one in the pools had got a virus”.

By the end of the class, I did stay in the pool, waiting for everyone to exit and leave the showers and changing room before leaving too.

On a totally different note, I did my second commissioned funko pop, for the same author CS Wilde as she wanted Bast’s mate! I finished it yesterday and …she loves it! Pfew!

It will go to Switzerland by Wednesday.

My HUGE CRUSH was The House in the Cerulean Sea by TJ Klune. It got all the stars and is such a breathe of fresh air! Read it please!!! I was so enamored with it that I am now listening to The Extraordinaries and I just have such a blast!!!

The Reality of Everything by Rebecca Yarros is one of my favorite by her and got 5 stars! 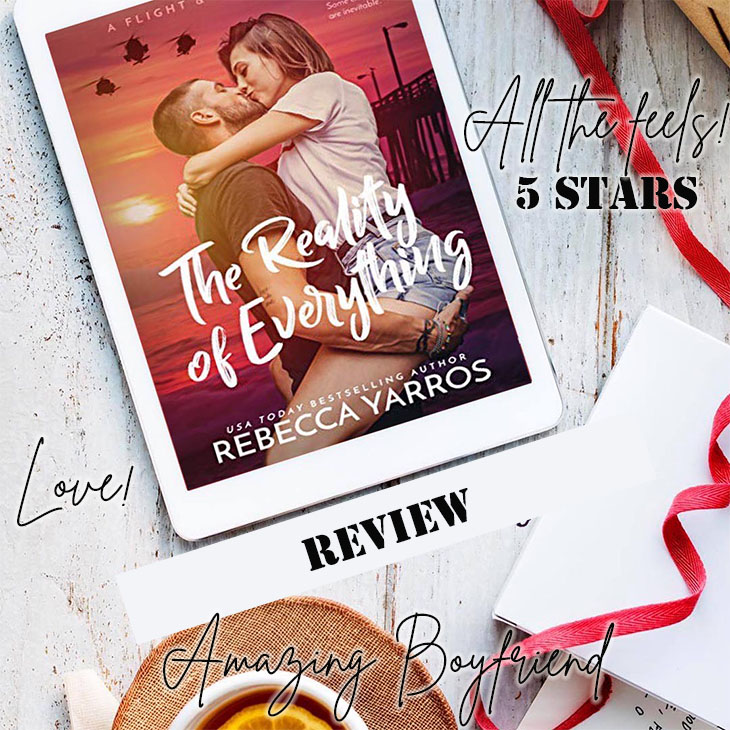 Then today I posted a double review: Shadow of Night and The Book of Life by Deborah Harkness. It was a 5 stars for the whole series and the audiobooks were amazing with an excellent narrator that I was very sorry to learn she stopped doing audiobooks.

Three more posts this week too!

The Top 5 Tuesday was about the characters I’d like to trade place with.

The top 10 Tuesday was tweaked as I chose favorite questions from interviews I had done!

And we ended the Month of Romance with a quiz to determine what kind of romance reader you are! This was meant to be posted on my blog on Friday but for reasons unknown, it wasn’t!!

So I rescheduled it right now and ….please take the quiz I’d love to see your results in the comments below!

Heather wrote a fun post about the myths concerning redheads!

That was my week! How was your week? Anything happened?