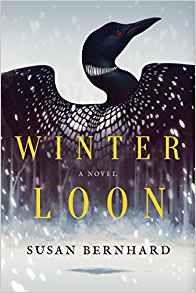 A haunting debut novel about family and sacrifice, Winter Loon reminds us of how great a burden the past can be, the toll it exacts, and the freedom that comes from letting it go.Abandoned by his father after his mother drowns in a frozen Minnesota lake, fifteen-year-old Wes Ballot is stranded with coldhearted grandparents and holed up in his mother’s old bedroom surrounded by her remnants and memories. As the wait for his father stretches unforgivably into months, a local girl, whose own mother died a brutal death, captures his heart and imagination, giving Wes fresh air to breathe in the suffocating small town.

When buried truths come to light in the spring thaw, wounds are exposed and violence erupts, forcing Wes to embark on a search for his missing father, the truth about his mother, and a future he must claim for himself—a quest that begins back at that frozen lake.

A powerful, page-turning coming-of-age story, Winter Loon captures the resilience of a boy determined to become a worthy man by confronting family demons, clawing his way out of the darkness, and forging a life from the shambles of a broken past

“I’d come to realize that all my life I’d been sheltered and shaped for the better by women who’d had to fight for every last thing and who’d done their best, even my mother, even Ruby in her way.”

For those who follow me for some time, know that this is not my usual genre or type of book.
My main reads are YA and romance.

If this book centers around a teenager of fifteen year old, Wes, I would not call it YA. Nor would I call it romance even if you’ll find some love story in it.
Trying to qualify this book I’d say it’s a sad story about life, about family, about secrets but above all else, that first quote is what symbolizes the story perfectly.

I decided to read Winter Loon after having visited Emma Scott’s account on Facebook where she talked about it as she planned to read the book. My curiosity was picked, the blurb intriguing enough and the cover was really gorgeous. That was decided I would read Winter Loon! 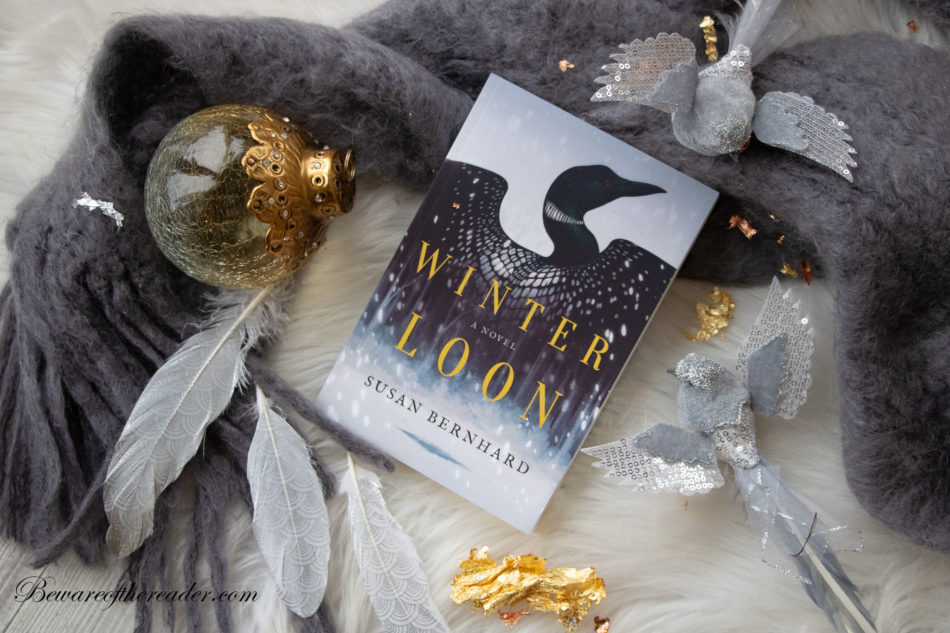 One thing I can say about this book it’s that it is filled with resentment, boiling emotions, unanswered questions and a quest to find the truth.

Another important remark: the writing is from Wes’s point of view but I was never drowned in his emotions.
I did some thinking on the reason why I was not completely “in” Wes shoes to the point of living his life in technicolors. I’ve determined that the use of inner thougths rather than many “active” dialogs; the telling of a situation rather than the showing was probably the main factor behind my detachment.
We are following Wes’s thoughts, his memories with his father and with his mother. Even when he is experiencing a stressful event one night at his grand parent’s house he is describing what is happening and ….it set a distance between the emotions he experienced and the reader.
I was able to read the situation, to realize it was sad or dramatic or …but I didn’t live IN it.

That being said this book is real. I mean this is not some glorified tale where everyone is rich and beautiful. No. It shows a poor boy who has lived through a dramatic event, the loss of his mother. He is going to live with his emotionally “cold” grand parents after his father left him on a vague promise to “be back”.
His family is far from rich. His parents fought a lot. And they drank too much. His father left him and his mother for long stretches of time for many years. His grand parents are far from warm and welcoming. Don’t tell me this is a rosy painting!

Throughout the book, Wes will slowly see the whole picture. He will discover the secrets of his family and its generations of women.

It is harsh. It is sad. It is sometime depressing. It could be real.

There are lessons learned too. And every woman in this story did her best in her own way.
Wes will finally be the first male in this family to behave differently. He will be the first to show some respect, to care for others, to be protective and set an example somehow.
He will have to go on a journey to find the truth and decide who he wanted to be. This is a brutal, slow building coming of age story.

Do you sometimes read books out of your genre?