It started for pranks, fun, and forever memories.
A secret society – for the four of us.
The rules: Never lie. Never tell. Love each other.
We made the pledge and danced under the blood moon on the meteorite in the orchard. In the spot we found the dead girl five years earlier. And discovered the ancient drawings way before that.
Nothing could break the four of us apart – I thought.
But then, others wanted in. Our seaside town had secrets. History.
We wanted revenge.
We broke the rules. We lied. We told. We loved each other too much, not enough, and in ways we weren’t supposed to.
Our invention ratcheted out of control.
What started as a secret society, ended as justice. Revenge. Death. Rebellion. 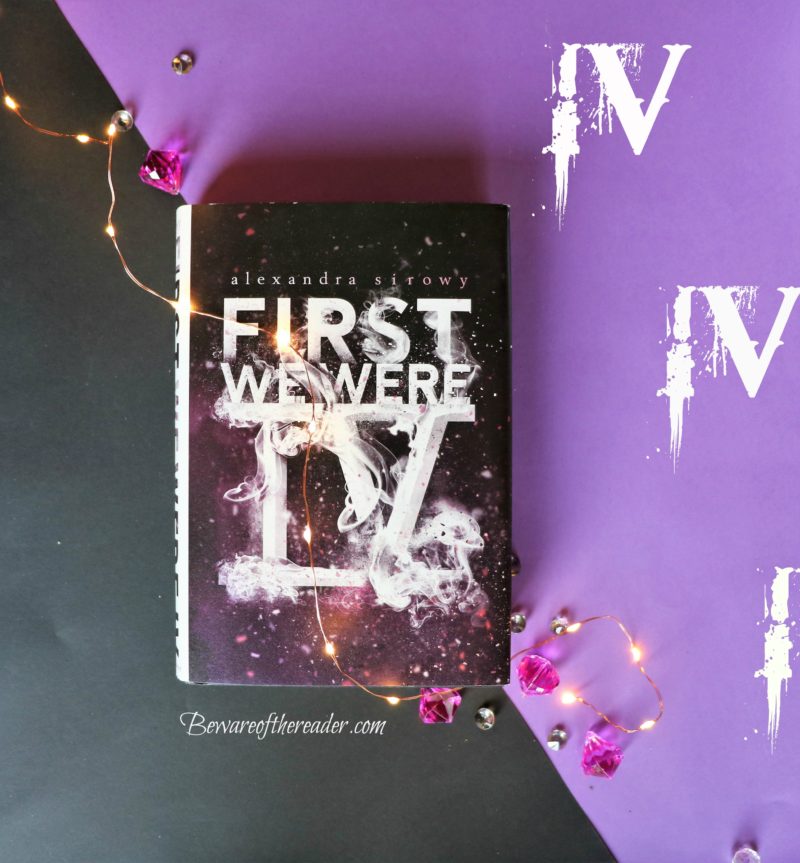 WARNING: mystic, sometimes cryptic review ahead. Send your complains to Alexandra Sirowy as it’s her writing that turned me into a zealot reviewer 😉


First of all I want to thank Alexandra Sirowy for sending this fantastic book. It’s not often that I get a hardcover to review and I’m so damn happy because now I can admire this GORGEOUS cover on my shelves and take as many bookstagrams as I want to.

Second it will be a challenge to review this book without spoiling the story. Why you said? Well just go read the synopsis and tell me if it’s not cryptic and vague!

But fellow bookworms if you love mysteries delving into the minds intricacies, if you want to know how peer pressure can make us go out of control, if you love dramatic stories just read this savage book! 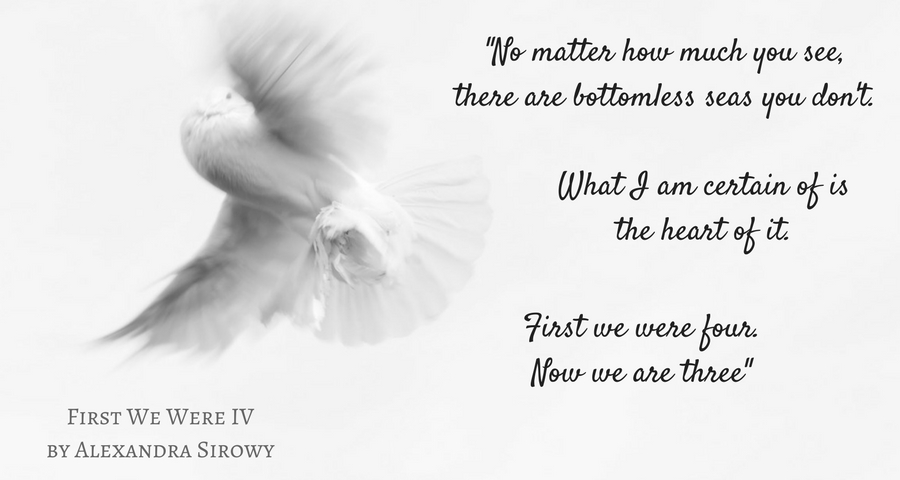 “No matter how much you see, there are bottomless seas you don’t. What I am certain of is the heart of it. First we were four. Now we are three”

And so begins this story…

Do you remember your last year? When you had great friends you know for years went to the movie with, played pranks and dare? Do you recall thinking life would soon separate you? You would go to different towns, study in different colleges and lose your special bonds. Fast forward some years and you would only be distant memories for these childhood friends. Bitter sweet right?

Well that’s the trigger of the story.

They were four. Four friends. Tied for life.

On the verge of adulthood.  Last year of high school.

Soon to go their separate ways. Their bonds could not break. They would be united forever. In something their own. Something secret. Something they would remember forever. Stronger than family bonds.

They created “The Order”.

Viv was the drama queen. Loving the stage. Strong in her difference. Fierce in her friendship.

Graham was the daredevil. The loud mouthed. Loving to read and solve mysteries.

Harry was the quiet one. Future journalist he missed nothing and had a sharp intellect. Bullied for his lack of wealth he endured,  for his mom.

Izzie is our narrator. The good girl. The one walking the line until…

Afraid of what the future had in store for their friendship. She wanted to unite them forever. She was The Order’s creator. The driving force behind the story.

“We swear that the Order doesn’t end, ever, not until one of us dies and we aren’t four anymore.”

With The Order came power.

And power is intoxicating. It makes you bold. Thirsting for more. A tool for revenge. A mean to make up for injustice. It can turn you into a fierce animal. You don’t think you ARE and FEEL. You want more. Always more.

Secrets are shared. Sometimes you’ll feel lighter as you shared your burden. Sometimes it will revive old demons and give birth to your quest for revenge.

“Not all secrets liberate the teller. By sharing with Harry that afternoon in the Ghost Tunnel, I had excavated memories that had been buried. Freed they hovered over me. They were storms reminding me that life wasn’t a grand game. Death was present. Possible.”

What began as a mean to solidify a friendship becomes its own terrible entity. 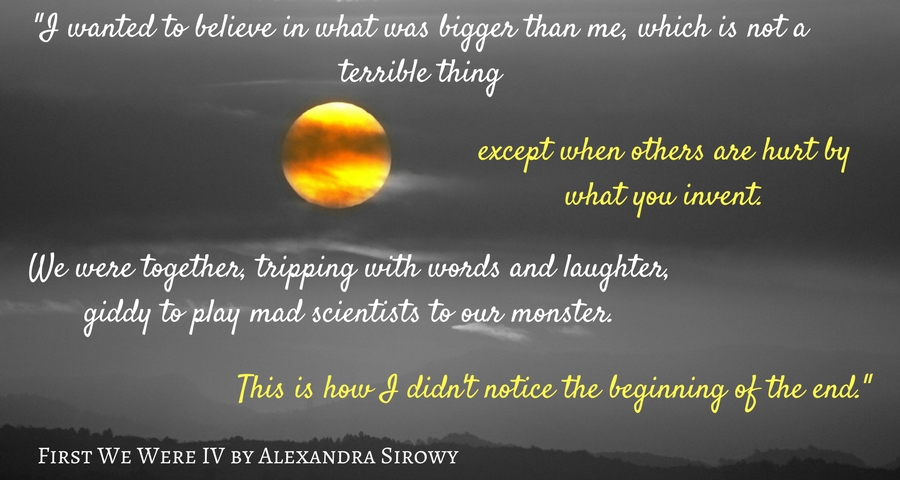 “I wanted to believe in what was bigger than me, which is not a terrible thing except when others are hurt by what you invent. We were together, tripping with words and laughter, giddy to play mad scientists to our monster. This is how I didn’t notice the beginning of the end.”

Now I must honestly say that it was not insta love with that story.

The first chapters were about the birth of their friendship. It was really cute to read about it sure but it was not mysterious even if Alexandra’s writing is faultless. Then something dramatic happened derailing the story. The trigger to this madness that would happen five years later.

From a sweet friendship story I was thrown into complicated games. I witnessed how power can change people. Dark secrets were buried in this seaside community. Indifference and selfishness can kill or let some killer stay unpunished.   Peer pressure can escalate into something ugly. And I wanted more, always more. It was a reading frenzy.

Do you love secrets? Do you love friendship stories with moving and very well portrayed characters? Are you fans of revenge an, mysteries? Then I would recommend this story a thousand times.

Now let’s chat: Have you read this book? Or another book by this author?