Gauri, the princess of Bharata, has been taken as a prisoner of war by her kingdom’s enemies. Faced with a future of exile and scorn, Gauri has nothing left to lose. Hope unexpectedly comes in the form of Vikram, the cunning prince of a neighboring land and her sworn enemy kingdom. Unsatisfied with becoming a mere puppet king, Vikram offers Gauri a chance to win back her kingdom in exchange for her battle prowess. Together, they’ll have to set aside their differences and team up to win the Tournament of Wishes – a competition held in a mythical city where the Lord of Wealth promises a wish to the victor.

Reaching the tournament is just the beginning. Once they arrive, danger takes on new shapes: poisonous courtesans and mischievous story birds, a feast of fears and twisted fairy revels.

Every which way they turn new trials will test their wit and strength. But what Gauri and Vikram will soon discover is that there’s nothing more dangerous than what they most desire. 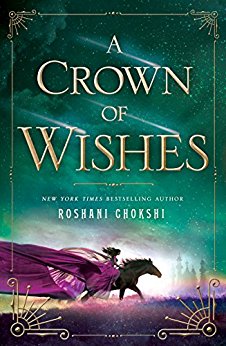 “That’s not true,” he said softly. “Here, I’ll tell it to you. Once there was a beast princess and a fox prince—” “Beast princess? That sounds awful, I—” He shushed me. “—and they had to do all kinds of awful things. Like talk to each other.” I laughed. “And fight through memories that tried to lure them away, poisonous beauties and . . . fear.” My chest tight ened. “And they did all of this for freedom. One day, even if they couldn’t see it now, it was going to be worth the pain.” We were both quiet. “

This story reminded me of some Persian tales with flourishes at every turn and lyrical sentences. You’ll get your fill of colors, smells, tastes, magical creatures and fantasy landscapes. It’s a world where rubies fall from snakes mouths where  golden apples stick to your hand giving you hunger like you’ve never experienced and beautiful women can kill you with a bare touch. 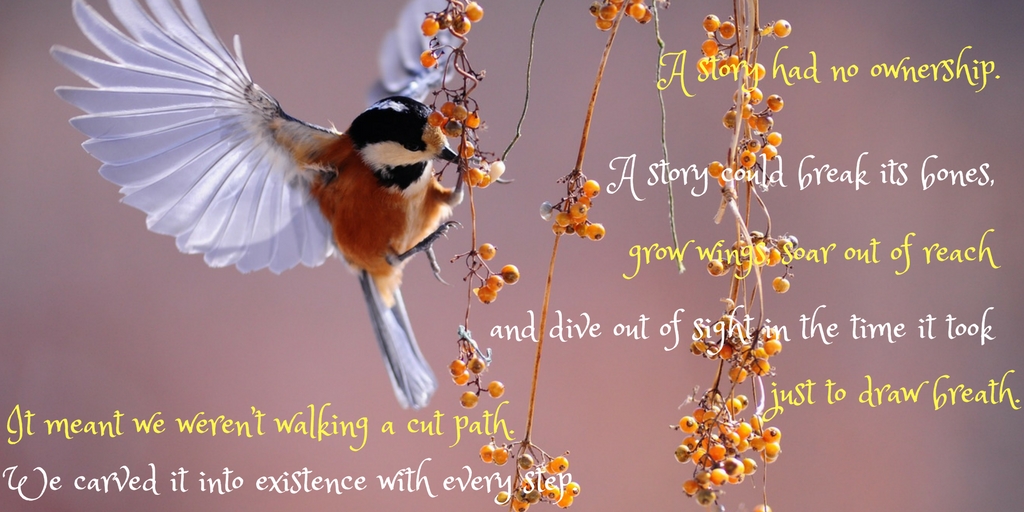 It tells you the tale of Gauri and Vikram forming an unexpected alliance to enter the Tournament Of Wishes. Both are shunned by their kingdom. Each had their own wants and desires. They’ll have to be courageous facing their worst fears. They will use every intelligence and talent they have in the hope of winning the contest. They will be stripped bare to their soul and of course will come across changed forever.

“Somehow as they’d stumbled together from one near-death incident to the next, he had found a connection.”

I loved so many things in this book.

If the writing was gorgeous I loved the roles reversal above all else!

Usually men are strong because they use brute force. They’re muscled warriors and protect female characters with their fists and weapons. Women are known for using their sharp tongue and wits to win battles.

In A Crown of Wishes Vikram is The Fox Prince and Gauri is The Jewel of Bharata also known as Beastly Girl  as Vikram nicknamed her.  Mrs Chokshi chose to make Vikram the bearer of sharp tongue. He’ll nearly never carry a knife or a sword as his best weapon is his smart mouth and clever mind. Gauri is the story’s muscles. She has trained for years with soldiers and can wield many weapons, her looks included. The female character protecting the male character thanks to her warrior experience and the male character charming people with his tongue made for a refreshing change!

I also delighted in their banter. Gauri will shoot sharp jabs while Vikram deflects with supreme confidence. So little things unsettled Vikram but  Gauri was fierce and passionate.

Just to give you an idea of their power play and banter:

“He moved to stand, and I placed my foot on his chest. “I will not perform for you or anyone. Never ask me to do something like that again.” He stared at me. “Are you done? ” “Yes.” “May I get up? ” “No.” “I see you like your men with their egos gutted.” “Only when I’m feeling generous.” (…) He tucked his hands behind his head like a pillow before glancing at the ceiling. “Fine. Now can you kindly remove your foot from my chest? ”

Now we have a tale filled with trials the tournament’s contestants have to win, role reversal, great banter… What am I forgetting? Oh yes:  interesting and entertaining characters!

Let’s begin with Vikram. Ha, Vikram (insert sigh here). He is handsome, smart and cunning. He’s also been hurt deeply. The Council’s lack of faith in its ability to reign and the guilt he bears relating to his mother’s death made him easy to love. He believes in magic, he believes the world is his to take. He’s much more optimist than Gauri. Vikram is their duo’s tranquil force.

Gauri was an incredible heroine but was somewhat harder to love in the beginning as she had erected walls around herself. She tried her best to save her kingdom but when everything you try to help ends hurting people you learn to hold back and trust only yourself.

“Maybe if I had been braver, I would have spoken up. But at what cost? I hadn’t forgotten the serving girl I tried defending. My voice was one of the only things I could control—when to unleash it, when to tamp it down like a burning ember, when to grow it in secret. All my life, control and power had worn the same face. I believed in gods, but the only faith I truly practiced was control. Nothing in excess. Nothing that placed my life in the hands of another.”

Mistrusting everyone, prompt to unleash her temper she was the hot headed one of the story. Fierce, protective, loyal she’ll have to learn to rely on others.

Aasha earned a special place in my heart. She was a side character in this story but what lovely side character! She had such great power and yet did not want to use it and harm others. She did not want to be what she was. If I could use an analogy she would be like a wolf refusing to eat bunnies and choosing to survive on flowers only.

“Aasha flinched any way. She wanted to be like her sisters: content. She wanted, so often, not to feel that she was the only person who desperately wished things were different. But she could not help who she was and she did not want to apologize any longer for her dreams.”

As you can see this book has many assets to seduce and enthrall its reader. So would I recommend this book? A thousand times!