Hunted and anything but normal…even for a vampire.

Amelia Lamont’s return to normal vampire life is threatened with a horrific vision, while new dynamics about her link to The Sight drive her to keep her growing and intrusive power a secret. And then there’s Ty—her sexy werewolf boyfriend—but can he truly accept Amelia’s connection and deepening bond with Kendrick?

Although she’s escaped with her life for now, Amelia knows Caius is watching and waiting, preparing for the right moment to take back possession of his experiment—her. As she searches for the truth behind her creation, the fabric of the past is torn away, leaving her questioning whom she can truly trust…the deeper she digs, the darker her past becomes.

Amelia’s outlawed romance with her race’s mortal enemy will be put to the ultimate test when her increasingly debilitating dreams turn catastrophic. For in the end, the truth always finds a way to come out, and vampire law is as unforgiving as it is fatal.

Will Amelia’s forbidden love for Ty save them…or guarantee their death?

Warning – This book contains some language and sexual situations. 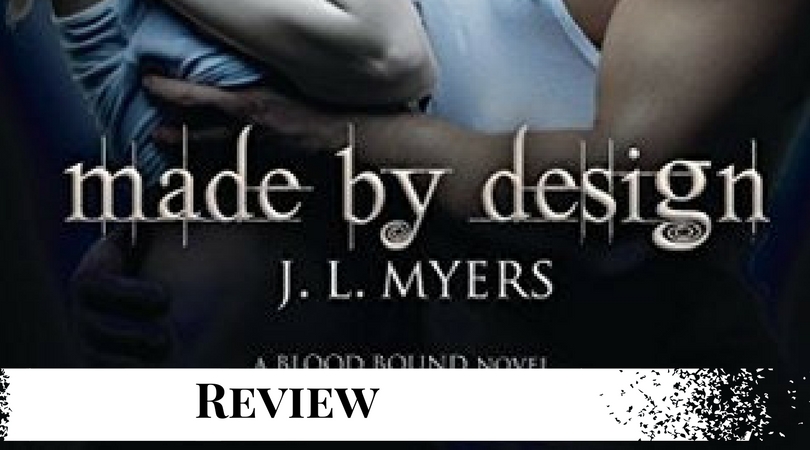 She did it, again!

I was enthralled, enraptured, hooked, captivated,… I was so engrossed in the story the outside world didn’t exist anymore. Pure reader’s bliss.
This book is major stuff. If you like Vampire Academy and book alike, it’s right your alley. You have to read it!

I loved “What Lies Inside”, it was one of my best book findings of the year. I still think more people should know about it. Its only fault: book 2 was not published when I finished the first. I know, I know, I’ll never learn but what can I say, patience is not my forte. This seemed a too good opportunity not to read it.
So I crossed my fingers, burnt a candle, went to church… and hoped my suffering would end soon enough. And OH MY GOD! Does JL Myers deliver…
It’s finally out now and it’s got everything I love: vampires, supernatural hotties, werewolves, alchemists, forbidden romance, epic battles, kickass heroine, mysteries… You name it.

And she didn’t lose her magic touch.

It’s fast, never boring. You barely catch your breath after a threat and you’re thrown right in another ordeal. It was never ending. My head was spinning, I felt dizzy till I remembered I did have to breathe. Talk about crazy imagination.

– the layers of mystery. Amelia’s identity quest is like an iceberg, you’ve barely scratched the surface. So you read and read and read again, in the hope to uncover all the secrets;

-Amelia’s training with a wicked whip. She took some beating but was determined to kick some butts. She certainly is no fragile wallflower;

-the make out sessions. And I hated them too because Amelia and Ty are true cross star lovers. It’s frustrating, there is ALWAYS something getting in their way! I thought “This is it! It’s the moment when they’ll do the deed but …NO” ! My new mantra was: “keep calm and DO NOT smash your Ereader” (bad idea anyway, I’ll never get to see what happens next);

-the decoy. You think you figured all Caius and Amelia’s relationship? AH, AH, WRONG! Here comes a new rabbit out of the hat;

-the suspense about Amelia’s identity. She is a what??? Poor girl, is she blessed or cursed indeed…;

-Marcus’s role. I suspect he is not what he says and is much more shaddy to say the least. But it could be one more of JL Myer’s trick to send us on a false track.