As an orphan ward of the Sisterhood, eighteen-year-old Kalinda is destined for nothing more than a life of seclusion and prayer. Plagued by fevers, she’s an unlikely candidate for even a servant’s position, let alone a courtesan or wife. Her sole dream is to continue living in peace in the Sisterhood’s mountain temple.

But a visit from the tyrant Rajah Tarek disrupts Kalinda’s life. Within hours, she is ripped from the comfort of her home, set on a desert trek, and ordered to fight for her place among the rajah’s ninety-nine wives and numerous courtesans. Her only solace comes in the company of her guard, the stoic but kind Captain Deven Naik.

Faced with the danger of a tournament to the death—and her growing affection for Deven—Kalinda has only one hope for escape, and it lies in an arcane, forbidden power buried within her.

In Emily R. King’s thrilling fantasy debut, an orphan girl blossoms into a warrior, summoning courage and confidence in her fearless quest to upend tradition, overthrow an empire, and reclaim her life as her own.

An Advanced Reading Copy has been kindly given by Skyscape and Two Lions via Netgalley.com in exchange for an honest opinion

Words of a cover junkie:  I think the cover is just gorgeous! Seriously just take two minutes to admire it and tell me it’s not awesome. I could frame it and never tire of watching it.

Emily R King is a new author to me but after reading the enthusiastic reviews of other blogger friends I was really intrigued. I discovered a very talented author gifted with a vivid imagination able to create a refreshing story setting and great characters.

What is this book about?

Kalinda has always suffered from fevers. She is orphaned and raised among sisters teaching young girls and women the art of fighting. The monasteries are financed by benefactors who can claim some young women to become servants or wives.

In this world, all women exist to serve men. They don’t have a real choice as to who they could marry or what they could do with their lives. More than once in the story will Kalinda regret this lack of choice. Her dream is to be free to choose her own destiny. 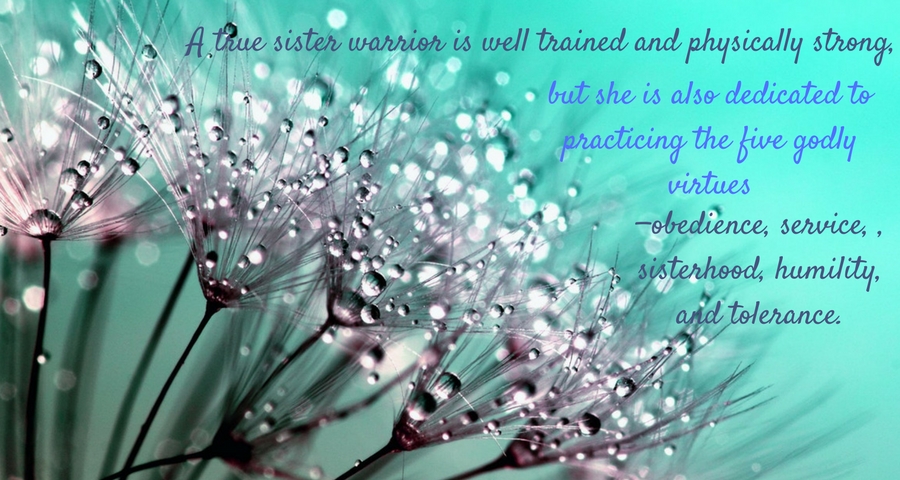 Compared with her brethren Kalinda does not feel beautiful. She is taller than all the other girls and due to her illness did not learn to master her art as expertly as others.

When a visitor (the Rhaja)  comes to the Monastery he intends to claim a girl that will be the winner of the fights among all the girls.  Kalinda never expects to be chosen and yet shockingly the Rhaja selects Kalinda to be his wife. One of her bullies Nastea will become a courtesan. Kalinda is heartbroken to leave her dear friend Jaya. She promises to go back one day and choose her as handmaiden.

This story takes an unexpected turn with the reveal of Kalinda being the hundredth wife and all that it entails. Traditionally the hundredth wife has to compete for her position but every wife and courtesan can fight in the hope to get a better status. This tournament is brutal and some women can die.

She is lost in this brutal palace and finds solace in the company of the handsome and righteous Captain Deven Naik.  Romantic feelings will soon emerge but their love is forbidden and could put them both in mortal danger.

That’s all I’ll say as I don’t want to spoil the plot.

What I really liked:

√ I loved the choice or Emily R. King to portray her heroine as “plain” or rather different than others. Kalinda will have to make up in wit and intelligence what she lacks in training. She will never be conceited as she does not see herself as beautiful. She truly stands out. I love when heroine are far from perfect and have to work twice as hard to reach their goal. It’s inspiring. 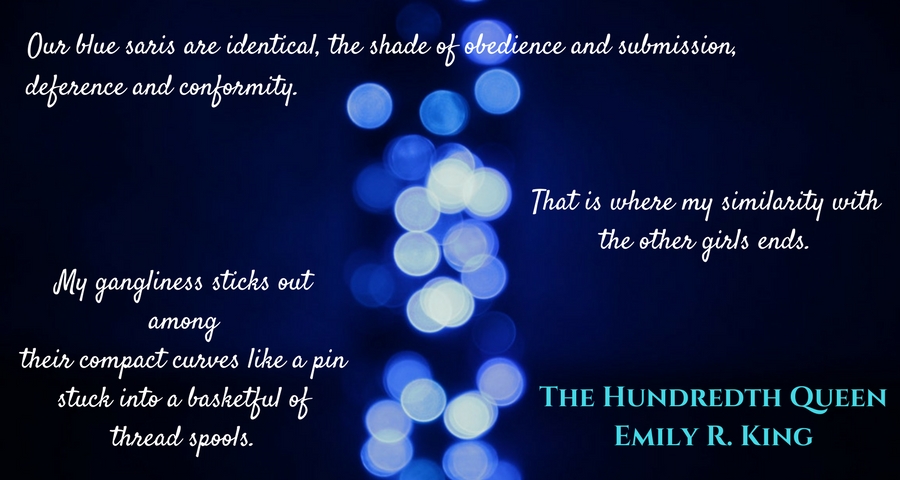 √ Kalinda is like no other wife or courtesan. She does not want her position and it gives her courage to speak her mind to Rhaja Tarek. Once again the female character has her own mind and thinks out of the box what I did enjoy tremendously!

√ Kalinda was shocked with Rhaja Tarek’s attitude. Tarek is cruel and unfair as a ruler. He likes to witness the fights among his wives and courtesans. He does not care for them. They are just toys for his own pleasure and he shares his courtesans with others. Of course it’s inherently wrong to treat women as objects. She wants more for the other wives and courtesans. She wants to create bonds, some kind of sisterhood among women and stop the competitions. Again this is an inspiring message: unite rather than divide. Help each other.

In one word: freedom. Kalinda  wanted to make her own choices. Forge her own destiny. That’s what I loved about all else in this book.

√ Deven indecisiveness.  I get that he wanted to do the right thing. I get he thought about others and the kingdom before his needs and wants. It can be admirable except… when he gets hot then cold. When he says he’ll let everything go for her and then make a 180° turn. I do prefer my male characters to be ready to sacrifice everything for their sweetheart even if I know that in real life it does not always work like that. But that’s exactly why I love reading: I escape reality and can live in a fantasy world of my own taste.

Between forbidden love, conspiracy, sabotage from rival women and shocking truth about Kalinda’s past and her sickness this book has really been captivating.

Emily R King has a beautiful writing and sucked me in her world filled with Queens, saris, demons, cruel Rhajas, handsome and fierce captains. A world where little girls are raised to become trained fighters and yet can only exists thanks to men.