“The missing link between Looking for Alaska and Winter’s Bone,” says Jeff Zentner, author of The Serpent King. A gripping—and gritty—literary mystery that shines a light on rural poverty.

“Little” McCardell is doing all he can just to keep it together after the disappearance of his grandfather “Big” and the arrest of his older brother, JT. He’s looking out for his younger cousin, hunting and fishing to keep food on the table, and staying in school—barely.

When the cops turn up asking questions about Big, Little doesn’t want to get involved in the investigation. He half cooperates, but his mind is elsewhere, pining after Rowan, the girl JT was dating until he got locked up.

Soon Little finds himself drowning in secrets, beholden to the sheriff, to JT, to Rowan, and to Big’s memory, with no clear way out that doesn’t betray at least one of them. And when Little’s deepest secret is revealed, there’s no telling how it could shatter their lives.

“A powerful and uncompromising story about survival, loss, fear, and what happens when hope is only the bleakest sliver of light. You will not soon forget Little McCardell or his unwavering spirit.” —Kathleen Glasgow, New York Times bestselling author of Girl in Pieces 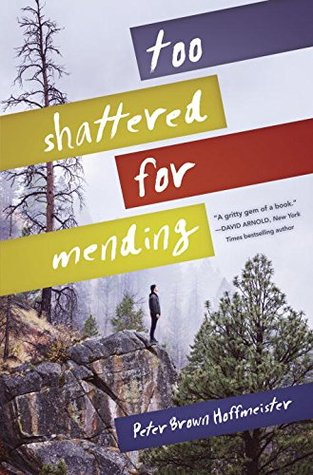 An ARC has been kindly provided by Random House Children, via NetGalley.com, in exchange for an honest review.

When I read the blurb of this novel, I thought I needed to read it and expected a YA book with a slight dose of reality. What I did not expect was being plunged into the bleak reality of a rural Idaho town filled with people having little to no hope of escaping poverty.

I was taken by surprise by the writing style of Peter Brown Hoffmeister.

“You drank the rest of your mix. Set the can empty—sideways, not upright—on the table and it rolled to the middle until it stopped against one of those ears.”

And you understand pretty soon he is addressing his Grandfather “Big”.

As a result this fictional story gave me the same feeling I get while reading or watching some newspaper report covering the live of some people living in poverty. If I got caught up in Little McCardell’s story I can’t say I was drowned in his feelings or really walked in his shoes as the author’s choice made it very “matter of fact”” or “down to earth” rather than emotional.

Now what can you expect from this book?

√ First expect to be surprised.

This is a mystery and after some time I had an idea about what happened to Big and who did what but I was wrong! I never saw it coming. I can say the same about other plot twists or rather what secrets are weighting on some characters.

√Second expect to be confronted to a glum reality

This isn’t hearts, flowers and unicorns. This little town is home of drunkards, meth addicts and dealers, … Most people dream of leaving this town to have a better life elsewhere. Little’s family is very dysfunctional. No mother and no father. His Grandfather is missing at the time of the story, his brother is temporarily absent as well. His uncle and aunt are drunk all the time. Little is forced to take care of his young cousin Willa, goes to school alone and tries to succeed with great difficulties.

“Sometimes I think about how we’re all spread out along here, in these dead North Idaho towns, old US Forest Service and Potlatch logging sites, and everyone young hoping to leave as soon as possible because there’s a world out there that’s supposed to be better than this, a world that’s moved into the 21st century, a world with cell phone coverage and Internet and better cars, a world with colleges and fancy restaurants and jobs people go to every day wearing silk ties and expensive suits. But I don’t know if I ever want to leave. I like this land where there are more deer than people, where moose walk the highway, where trees are taking back the old cuts.”

√Third expect to admire and have compassion for Little

Little is struggling in school as he has dyslexia. Mathematics are Chinese and he does not have any support system from his family, only a teacher trying to coach him.

“When the teacher stands up and lectures, and explains each problem, I discover that all the equations I wrote down before were wrong. Not a single one correct. I rewrite them, but while I’m doing that, the class gets ahead of me and I’m not sure what the teacher is talking about once I start listening again”

Yet he keeps going to school, trying his best. He works in a cemetery to earn some money, goes hunting when his cousin has no meat anymore. Despite his very difficult life he does not want to drink alcohol or forget his problems in drugs like most do in his town. This is a kid that raised himself and chose to have values. He chose to fight, to better himself and at the same time is conscious of his own difficulties. He does not dream big. He just likes hunting, fishing, hiking in the woods. He wants to stay in his little town and enjoy a simple life.

“When I think of being in school or being in the woods, it’s not much of a decision. I know I should love education or something but the real world is a thing I can understand, a thing I can learn and come to love.”

You could say that Little is an old soul. 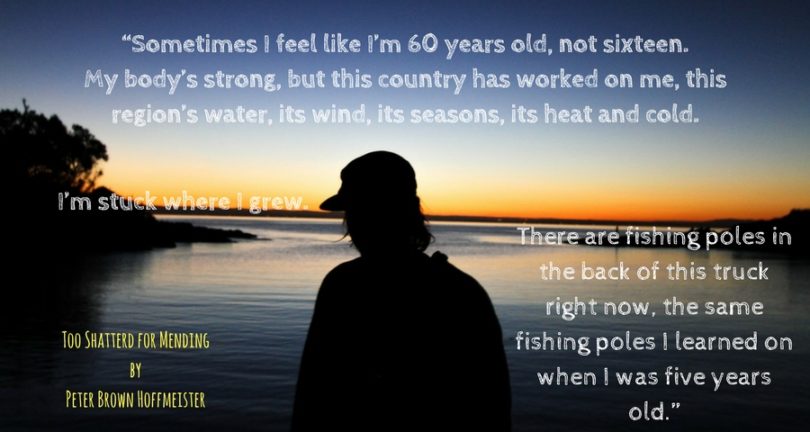 √Last expect to rage against fate.

Little had no luck in life. Why are some people born into wealth, in a good environment whereas others are born into poverty? There are millions of Little around the world. There are thousands of millions in the US. Struggling every day of their lives with little to no hope. Little is a good kid. He does his best to care for his cousin, to help Rowan his brother’s girlfriend, to help others in need. That’s why it’s so unfair what is happening to him!

So I would say what Jeff Zentner told about this book : “The missing link between Looking for Alaska and Winter’s Bone, a gripping—and gritty—literary mystery that shines a light on rural poverty.” is very accurate and I could not sum it up better.

Would I recommend it? Yes if you’re into mysteries and don’t shy away from realistic writing. No if you’re only into romance and/or hearts and flowers.

As far as I’m concerned and passed the initial surprise of what I did not expect as a read I’m really glad I could follow Little’s raw and gritty story.