After being held hostage during a robbery at the local convenience store, seventeen year old Edie finds her attitude about life shattered. Unwilling to put up with the snobbery and bullying at her private school, she enrolls at the local public high school, crossing paths with John. The boy who risked his life to save hers. While Edie’s beginning to run wild, however, John’s just starting to settle down. After years of partying and dealing drugs with his older brother, he’s going straight—getting to class on time, and thinking about the future.

An unlikely bond grows between the two as John keeps Edie out of trouble and helps her broaden her horizons. But when he helps her out with another first—losing her virginity—their friendship gets complicated.

Meanwhile, Edie and John are pulled back into the dangerous world they narrowly escaped. They were lucky to survive the first time, but this time they have more to lose—each other. 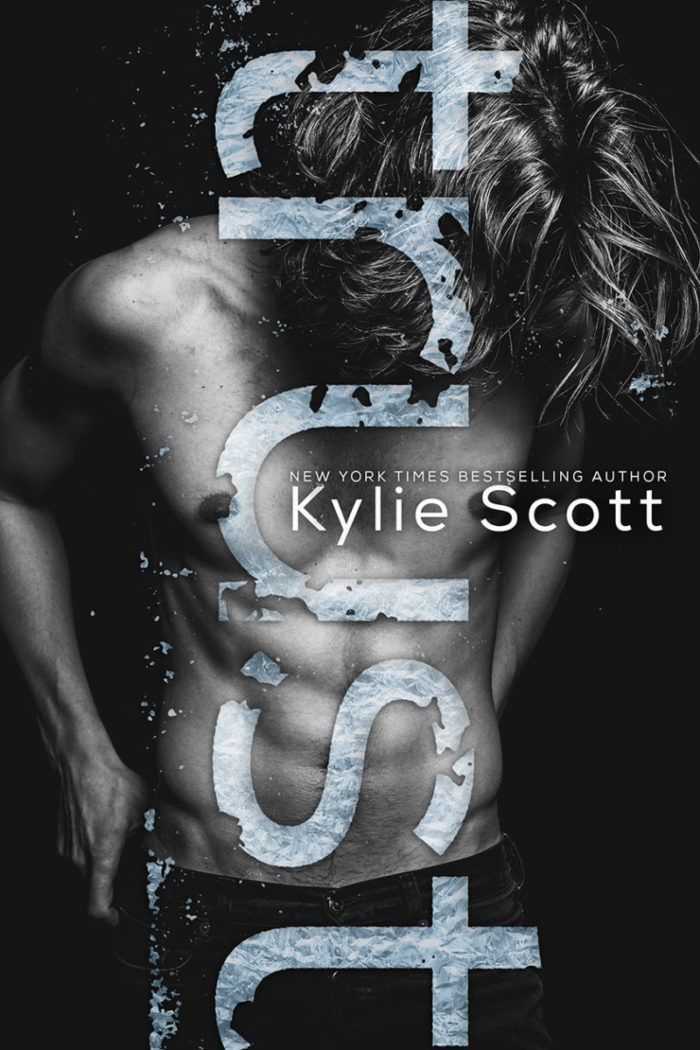 An ARC has been kindly provided by the authorvia Netgalley in exchange of an honest review. 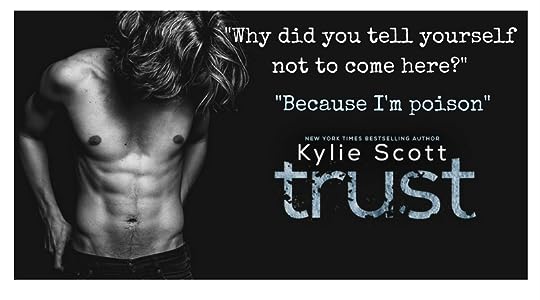 First thoughts: I truly enjoy reading this story but I’m a tad disappointed due to missed opportunities. Some theme could have been dealt differently in my opinion, digging deeper hence the missing one star to score a perfect 5 stars.

Trust is not about Rock Stars or hot bartenders but you’ll still get your hotness fix!

John is a reformed bad boy and dedicated skater boy. Preferably sans T-Shirt. Imagine all the sweaty rivulets covering his pecs the abs and going down, down….YUMM!

John will be in the middle of an armed robbery perpetrated by a meth head right alongside Edie. John will save her life. They both will come out of it slightly hurt but of course the deepest scars are not visible. Nightmares, anxiety, memories of that fateful day will haunt their days and nights.

Edie has always been on the chubby side. She has “thunder thighs” and her rear “overfilling the seat”. She has attended a private school most of her life where she was mocked and bullied for her out of the norm figure. So far she let it slide but now her life’s perception has changed. Having a gun forced into your mouth can do that to you. Few things seem really serious now. Her best friend’s betrayal is the proverbial straw that breaks the camel. She is finished with that school of snotty rich girls. She’ll attend the local public school to her mom and great mom’s utter despair.

Now who do you think attends said public school?
John of course! Duh.

Edie has always been the grade A student. The walk the line girl. The one staying home with a good book and some chocolate on a Friday night. Not the one to go out, punch other girls, smoke weed etc.
But she now knows that life can end in a heartbeat. Maybe you’ll be attacked by a pack of enraged Chihuahuas and die from multiple bites?
So now she wants to live! Rebel much Miss Edie? Yes!

John on the other hand has always had a bad press among the teaching staff. He was the local drug dealer (weed only).It does certainly not help with teachers! Now among students he was the cool guy and with his hot looks he had girls falling at his feet. It was disgusting I wanted to swat them like flies. 🙂

The assault also changed his life perception. If Edie went wild John cleaned up his act. He wanted a real future. He also felt guilty as he was selling drugs and saw firsthand what drugs can push a desperate junkie to do. He wants no part in this anymore.

John was seriously a swoon worthy hero. Not because he was hot (well yes there is that too) but because he cared for others. He did not want Edie being tainted by his reputation. He also worked hard to redeem himself. And if you are stranded with a busted tire in the middle of the night he is the guy that will run to save you. If you have your “bad days of the month” and hurt with belly cramps he’ll leave you tampons, chocolate cupcakes and Advil on your doorstep. Ha! How many men would do that? Usually you talk about bleeding and they run the other way totally shocked.
I told you he was boyfriend material!

As it can be expected their shared traumatic experience will create a bond between Edie and John. They both will help the other to overcome the trauma. So friends…maybe more if affinity?

What I absolutely loved :

–Edie coming out of her shell. She stopped being a victim and chose to take her life in her hands. Fight bullies. Girl Power!

–John’s evolution. He did clean his act. He wanted to have a real shot at a solid future.

–The wake-up call. How living a traumatic incident can alter your perception on life and change your priorities. How everything does not seem so life altering or important after such a wake up call.

–The friendships between Hang and Edie, Sander and John. They were true friends having each other’s back;

–The friendship between John and Edie. It was kind of written in the stars they would feel close and share their experience. No judgement. No expectations. Only survivors helping each other;

–Edie’s insecurities about her body. She did not want to change and be like her mom always counting calories or having only a small piece of… But on the other hand she was sometimes uncomfortable. She had doubts about her appearance, her attractiveness to hot males. She could not believe someone like John would ever see her as attractive. She was REAL!

What I did not truly buy:

–The romance between John and Edie. Maybe because we’re only in Edie’s head and not in John’s head but he did not seem attracted by her. He loved speaking with her and share feelings, homework, etc. But some boob ogling aside he never showed any sexual interest in Edie. When something happened it was like an after-thought. Like “Hell I’m going to help you with this little problem”. I bought their friendship and it was touching but not the romantic part. Now when I chatted about this with my friend Corina she told this slow burn and friendship moving slowly into love territory were hundred times more believable to her than insta-love. She has a point (as usual Corina :-)) and maybe what I did not buy will be brownie points for you;

–The aftermath and how Edie and John dealt with it. I know Edie had trouble sleeping etc. but she did not really seem deeply distressed or a complete mess. It felt like the assault served as sole purpose to bring Edie and John together. I think it’s been a missed opportunity to delve deeper into PTSD (Post Traumatic Stress Disorder). Maybe it’s been a deliberate choice from the author to focus on the other matters at hand? Personally I would have loved being overflowed with emotions, drowning into fear and angst. Then progressively getting better but with other ways than speaking about movies with a therapist or popping pills. But hey, that’s me.

So enjoyed it? YES!
Recommend it? Double yes!