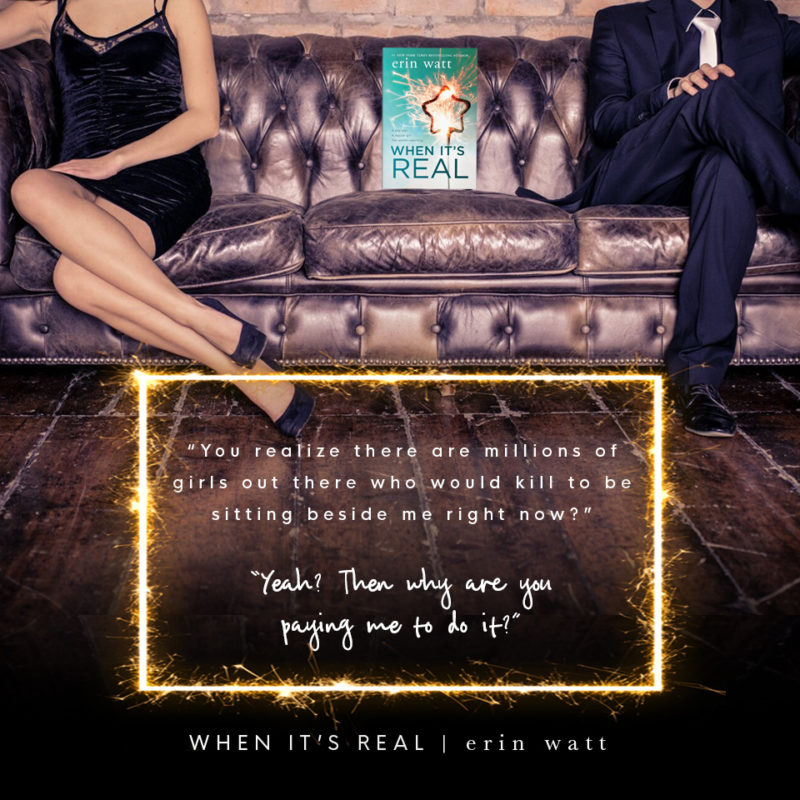 From #1 New York Times bestselling author duo Erin Watt comes the addictive contemporary tale of a teen rock star in need of an image makeover and the teen girl hired to be his fake girlfriend.

Meet Oakley Ford-teen celebrity, renowned pop star, child of famous movie stars, hottie with millions of fangirls… and restless troublemaker. On the surface he has it all, but with his home life disintegrating, his music well suddenly running dry, and the tabloids having a field day over his outrageous exploits, Oakley’s team decides it’s time for an intervention. The result: an image overhaul, complete with a fake girlfriend meant to show the world he’s settled down.

Enter seventeen-year-old Vaughn Bennett-devoted sister, part-time waitress, the definition of “normal.” Under ordinary circumstances she’d never have taken this gig, but with her family strapped for cash, she doesn’t have much of a choice. And for the money Oakley’s team is paying her, she figures she can put up with outlandish Hollywood parties and a team of publicists watching her every move. So what if she thinks Oakley’s a shallow, self-centered jerk? It’s not like they’re going to fall for each other in real life…right? 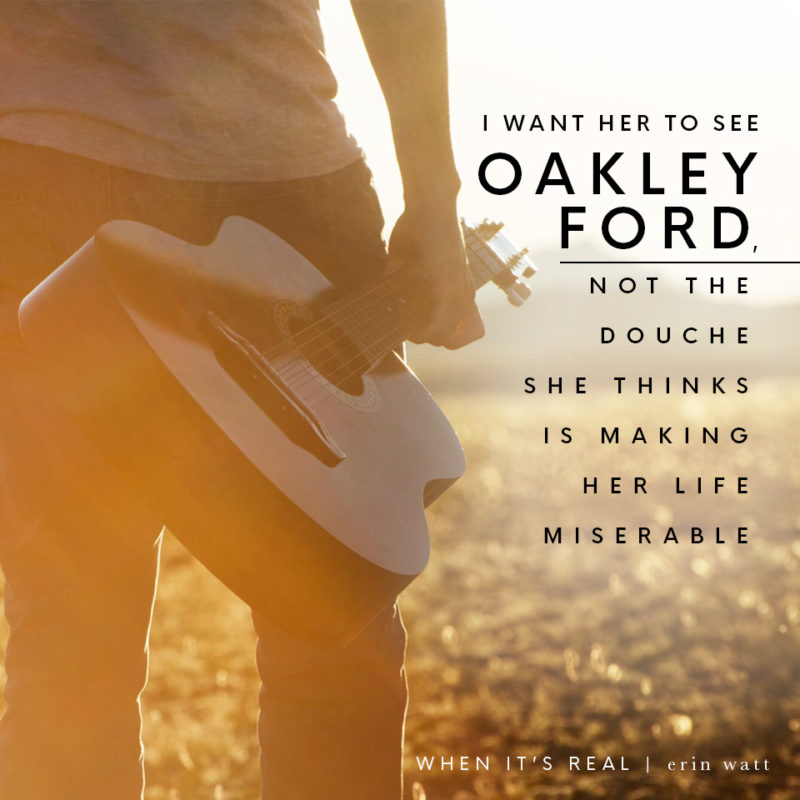 An ARC has been kindly provided by the author, via NetGalley.com, in exchange for an honest review.

I‘ve heard this one got mixed reviews but honestly I don’t care!

It’s been some time now since I’ve read a book in one sitting but that’s what happened here.

Maybe this story is imperfect and I know the trope has been used and abused (hot singer falling for the girl next door after a fake relationship has been staged by his PR team) but it just worked for me.

I don’t know what kept me reading and reading like that.

Maybe I just needed a sweets tory without too much angst?

Maybe I needed some spunky girl taking the hot singer down a peg?

Maybe I needed a handsome singer with green eyes, blond hair, lots of muscles and a raspy voice to die for (I loooove deep raspy voices they’re the best to sing ballads, rock, blues, country… anything!)?

Maybe I needed to live some times in the crazy life of celebrities hounded by paparazzi and spied on social media (there’s a lot of tweeting happening in that story)?

Whatever the reasons everything worked really good for me. So good I nearly forgot to feed the family. The hungry cries of my kids stomachs reminded me that there still was a world outside of When It’s Real!

Now let’s go back to the story and try to have something coherent in this review.

After having read the blurb you already know that Oak short for Oakley is a young successful singer that needs to rebuild his image in the public eye. He needs it so much as he wants to work with King, THE magic producer. Only problem: King can’t take Oakley seriously.

That’s where Vaughn plays her part. Vaughn has lost her parents two years ago and lives with her older sister Paisley and their younger twin brothers. They’re fighting to have a decent life and offer a future to the twins. When Oakley’s managers asks Vaughn to play Oak’s fake girlfriend for one year and earn a lot of money, Vaughn can’t refuse.

She may seem a gold digger said like that but you could not be more wrong.

I loved Vaughn as she is the girl next door, down to earth, supportive and ready to help her family. She also has quick remarks and I loved the banter between her and Oak. Oak is piqued in his ego when Vaughn does not fall at his feet.

In the beginning Oak was a big jackass and Vaughn took great pleasure in taunting him. No he was not the Seventh Wonder even if he was very easy to look at and had a fantastic voice!

So the book revolves around their relationship and broach the downside of celebrity where you’re never wanted for you alone but for your fame and money.

Vaughn’s character was easy to relate to thanks to her “normal “life. She is not a super-hot model. She is smart and loyal but does not already know what she wants to do with her life. Her insecurities, the reasons why she stayed with her boyfriend were the little flaws that made her so easy to identify with.

Vaughn was just the right fit to help Oak grow up and become less infatuated. I loved witnessing Oak’s evolution. From hot but conceited jackass he opened up and showed his weaknesses for everyone to see. He made amends when he treated someone badly. He ditched his entourage to really make his own decisions. He matured.

So if you want a story featuring a sweet romance between a hot singer with the girl next door sprinkled with some social media circus and twitter gossips give this book a chance.
I hope it will be a “one sitting read” for you as it’s been for me.