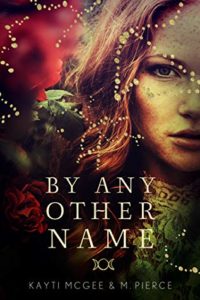 The locals believe the bridge to be haunted, as locals tend to do.
The Juniper Hollow Ravine is where my story begins…For decades, the Blackmane coven has run the small mountain town of Juniper Hollow with money and fear.
Thorn Blackmane might be the most feared of all.
Cold-blooded. Heartless. Killer.
His magic only has one purpose–to destroy the coven’s enemies. Until he’s ordered to kill a girl.Rose came to town innocently enough, but her very presence is a threat to Thorn’s family.
Her pure heart offers redemption from his many sins.
Her body is an opportunity to commit many more.
And her magic could destroy them all. There is no spell as potent as obsession.
No protection more powerful than love.
Secrets. Desire. Death.
Their forbidden union could be the spark that burns Juniper Hollow to the ground.

“The Juniper Hollow Ravine is where my story begins. If I start elsewhere, you may mistake me for the hero, and I am not that. All the qualities of heroism—selflessness, sincerity, bravery, and fortitude—she possessed. This story has a heroine, not a hero, and I, if anything, was only the devil on her shoulder. But I am getting ahead of myself…”

This is the opening and gives you a taste of the darkness and of the anti-heroes inside this story! It opens on a dramatic scene sucking you into this dark tale.

I requested this book because:

Now that I have read this book in one day what can I say about it?

First it reads effortlessly and flows easily. No need to try to decrypt what the authors meant or take long thoughtful pauses to ponder on what you’ve read it’s as easy as drinking spicy hot chocolate.

Because it’s a lot of spicy and dark (your have witches killing innocent people!) but also a little sweet thanks to Rose sunny personality …in the beginning!

The second statement about this book is about journeys or more accurately opposite journeys!

In the beginning of the book Thorn was a dark witch, killing humans who had the misfortune to walk too close to his coven or ask too many questions about them. He was like Dracula, operating in the night and stalking his prey.

Thorn was also an old witch and was acting all blaze and bored with life in the beginning.

“I resented the mortals to-ing and fro-ing as the day wore on. How unfair, that they should look so purposeful and happy, while I, one of the most powerful witches west of the Mississippi, languished in boredom. How pathetic I was becoming.”

But Rose’s arrival in town with her goodness, her innocence and her mystery will pique his interest. Thorn became distracted from other killings and …invigorated again!

Rose took an opposite path and turned to “the dark force of the light” if I may say so.

Sunny innocent twenty something in the beginning of the story what she’ll witness and go through, what she’ll uncover about her past will tremendously change her. Power is so tempting and can corrupt even the bests!

She will be brutally awakened to a world where witches are real and deadly!

I don’t want to tell more or I would risk spoiling your fun let’s just say that you have:

-characters in shades or grey and the limits of what’s good and what’s wrong are blurred many times;

-witches and magic, all kind of magic, necromancy included;

-a sexy and powerful witch hitman;

I would recommend this series to Amelia Hutchins fans as I got some similar vibes reading it.