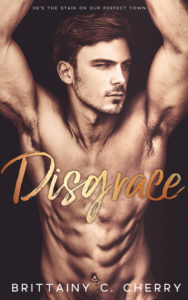 Each day I prayed for my husband to love me again.

After fifteen years together, he walked away from me, and into the arms of another.

All I wanted was for him to come back to me.

He was supposed to be a distraction for my mind. A summer fling. A confidence boost to my bruised heart.

We were perfect for one another, because we both knew we wouldn’t last. Jackson didn’t believe in commitment, and I no longer believed in love. He was too closed-off for me, and I was too damaged for him.

Everything was fine, until one night my heart skipped a beat.

I didn’t expect him to make me laugh. To make me think. To make my sadness somewhat disappear.

When our time was up, my heart didn’t know how to walk away.

Each day I prayed for my husband to love me again, yet slowly my prayers began to shift toward the man who wasn’t right for me.

I prayed for him to be mine.

Even though I knew his heart wasn’t destined to love.

*This book was previously known as Between the Notes.*

“It’s a strange thing, though,” she told me. “What is?” “When my Prince Charming is the rest of the world’s Beast.”

Told in a dual POV, Brittainy C Cherry has once again worked her magic and made me fall in the book from the first sentences holding me prisoner in Grace and Jackson’s world till the very end. 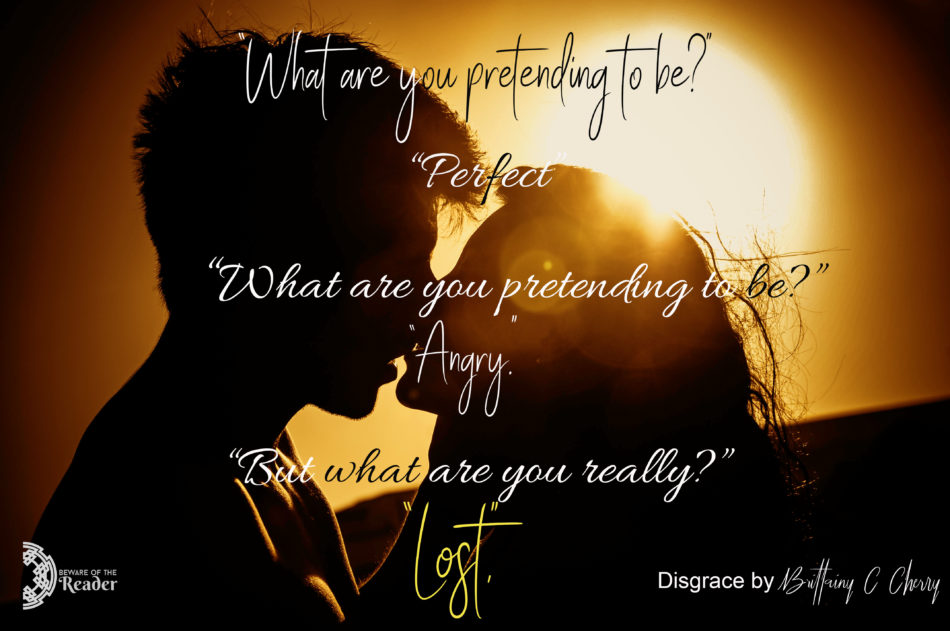 How does she do it? Capture my heart and make me feel the heroine’s devastation right from the start?

“My heartbeats raced as I leaned against the living room wall, staring at the packed bags from a distance. Fifteen years of history in five pieces of luggage; fifteen years of happiness and heartbreak.”

Followed by the use of every luggage (honeymoon, college, etc.) Brittainy does not tell me but shows me Grace’s life in a few words.

This is a real gift.

The same happened with Jackson and his puppy Tucker being a “good boy” when his mom left him.

I was hooked line and sinker!

Disgrace reminded me of “The Air He Breathes” in some ways as Grace and Jackson will use each other’s pain and loneliness to survive, to heal.

Jackson is the town dropout, the reject and has built a huge carapace around his heart.

You’ll discover all along the story how the small town of Chester, Georgia and its inhabitants have shunned the boy then the man all his life. His father has become a drunk and they have been mocked and let down by the whole town.

“They called me Satan’s spawn and it had bothered me when I was younger, but the older I got, the more I liked the ring of it. People had harbored an unnecessary fear of my father and me for fifteen or so years. They called us monsters, and after some time, we took on the role. We were the black sheep of Chester, and I didn’t mind one bit. I couldn’t have cared less if those people hated me or not. I wasn’t losing any sleep over it. I kept my head down.”

Jackson’s lived a life of loneliness and his best friends, his mom and his dad, left him in one or another way.

He also has a golden heart that few get to glimpse. He is a gentle monster. A man reading young adult novels and taking car of his old dog can’t be bad.

“Jackson cared for his dog with nothing but love. I didn’t know a man like him could care for something in that way. His love was so quiet, yet somehow so loud. The way he loved Tucker was the way every person should’ve been loved: unconditionally.”

Grace is the town’s princess. Jackson’s opposite.

Raised like a real southern belle, blond air and crystal blue eyes. Always behaving and answering people politely even if they stop her on the street to gather information to gossip behind her back about her unfaithful husband.

Grace has lived through the hardest ordeals for a woman.

She has miscarried several times. It has thrown her into a very dark pit and her husband nailed the last nail of her coffin by sleeping around. Always the dutiful daughter then wife, Grace comes back home to Chester for the summer just to be let down by her mother, the pastor’s wife.

It was just a “blip” what her husband did. Grace had to stand by her man as it was the woman’s duty.

There never had any divorce in their family and Grace better not begin with it!

I also wanted to punch her husband! The cheater! He had some nerve in this story really!

“Grace…say something, anything other than you’re sorry. See, this is what pisses me off. You’re so passive-aggressive with everything. You don’t talk; you just keep all your feelings in your head.”

When you read something like this and already are doubting yourself due to the miscarriages how do you want the woman to become confident and know who she is???

When she’ll meet Jackson their encounter was explosive. Jackson was a real grump and Grace was just bawling and lost.

Fortunately Josie Grace’s friend will teach her to “zoom in” on people and Jackson especially.

“Once you zoom in, you realize we are all similar in so many ways. We all bleed red, and even monster’s hearts can break. Just gotta remember to always zoom in.”

I won’t tell more about the plot. Just know that there is so much to think about in this story. It’s written with sensitivity and finesse. The pace was just right, the characters simply fantastically portrayed.

This is a story of two individuals so totally opposite yet so right together. Together they could drop the mask.

“What are you pretending to be?” I swallowed hard and shrugged my left shoulder. “Perfect.”

“I know what that’s like.” He spoke low, unease in his tones. “To have to pretend to be something you aren’t.” “What are you pretending to be?” I asked. “Angry.” “But what are you really?” “Lost,”

It’s a character’s driven story happening in a very small and very narrow-minded town on a background of secrets to unearth. The cast of the main characters was completed with a whole set of quaint side characters. From the wonderful sister Judy to the “perfect” father going through the mischievous supportive Josie and the backstabbing best friend …All added multiple layers to the story helping Grace to grow up and find her true self.

Question: do you like character driven stories? And have you read some of Brittainy’s stories?