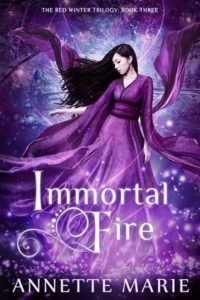 Once, Emi believed the heavenly gods were righteous and wise, while the earthly yokai spirits were bloodthirsty and evil. But with a traitorous deity poised to destroy her world, and the yokai standing as humanity’s only defense, the lies of her upbringing have toppled to reveal a far more terrifying reality.Despite the looming threat, Emi can’t escape her greatest distraction: Shiro, the fox yokai who has so deftly claimed her heart for his own. Soon—too soon—she will have to break the curse that binds his magic and memories. And once the ancient power inside him awakens, the yokai she loves will be changed forever.

As the earthly gods gather to wage war against the heavens, Emi and Shiro must gamble everything to turn the tide against their immortal, all-powerful foes. Together, they will find a way to save her world—even if it means losing each other.

Never have I done three buddy reads in a row just because none of us three wanted to stop reading this series!!!!!!!!

So this was the last buddy read with Raven @dreamyaddiction and Jen @starcrossedbookbloggers and we had so much fun!

This series is highly addictive and once you begin you won’t want to stop so clear up your schedule or suffer from withdrawal!

I already said in the second review that this was like watching anime and honestly it made me want to watch them again AND unearth my pens and brushes to draw because the art was really lovely!

But why did I love this third instalment so much?

I don’t know how Annette Marie did it or if it’s common in her books but I’ll repeat that the Asian vibe was strong and Emi was a perfect impersonation of a courageous warrior, ready to sacrifice her life yet imbibed with tradition of ingrained rituals.

But you know what? Never did these characters, main and side lost hope. They battled till their last breath. It was the embodiment of tenacity and audacity.

Even if Emi certainly respected them and wanted to serve, she developed a familiarity with them due to their shared adventures. Countless times she helped them, endangering her life without a care, only driven by the will to save the world and fulfil her duty. That’s something even broody and distant Yumei came to respect.

One of my most favorite scene was in the shrine when she walked among all these immortals and they treated her as their equal to the utmost bemusement of the miko, sohei etc.

Emi began with many beliefs that were ingrained for years about yokais being evil  and the heavenly gods righteous. Yet after talking, fighting and living with them she realized that things are not so simple. There is no black and white view of the world.

Shiro also changed enormously thanks to Emi. I don’t want to spoil the fun so I can’t give many details about his own change but let’s say that he’ll become something so different from what he was “before”. Emi was his fire. And Shiro was her light.

Even Yumei evolved and came to respect or at least tolerate humans. Well he’ll reluctantly allow Emi to hug him but …. LOL

This was a slow burn throughout the three books but when the romance came to life ….swoon! Talk about star crossed lovers! Emi condemned to die when Amaterasu would descend and even without that fate, she would grow old while Shiro would never change!

I loved Shiro because he was mischievous, pushing everyone’s buttons to get some passionate or irked reaction. He was a badass warrior and I love how protective of Emi he’s become. He also deceptively looked unbothered and shallow while his instinct and his mind were so acute! Don’t be fooled by the jokester he really hid his game. And of course, let’s not forget his hotness!!!!

Pfew I am stopping here with these words: this won’t be my last Annette Marie and if you haven’t read it yet, what are you waiting for?

And another last word (no more after I swear!): thank you Jen for the invite and raven for the welcome! I loved reading this series with you ladies!!!

Have you read this series already?