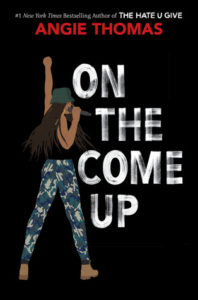 Sixteen-year-old Bri wants to be one of the greatest rappers of all time. Or at least make it out of her neighborhood one day. As the daughter of an underground rap legend who died before he hit big, Bri’s got big shoes to fill. But now that her mom has unexpectedly lost her job, food banks and shutoff notices are as much a part of Bri’s life as beats and rhymes. With bills piling up and homelessness staring her family down, Bri no longer just wants to make it—she has to make it.On the Come Up is Angie Thomas’s homage to hip-hop, the art that sparked her passion for storytelling and continues to inspire her to this day. It is the story of fighting for your dreams, even as the odds are stacked against you; of the struggle to become who you are and not who everyone expects you to be; and of the desperate realities of poor and working-class black families.

“That’s what we call our goal, the come up. It’s when we finally make it with this rap stuff. I’m talking get-out-of-the-Garden-and-have-enough-money-to-never-worry-again-and-make-it.”

This book is like a song. You have an intro (took me 100 pages but …) to catch our attention and get used to the beat. Then you have the verse when you are really into the book and feel the flow of the story and I would say the choruses are all the repetitive slap in the face Bri and her family took. These setbacks really made you rage against fate and society as a whole!

When I read The Hate U Give it took me some time to enter into the story and into Starr’s life. The exact same phenomenon happened with On the Come Up.

In the beginning I was lost and not much interested. I guess it’s due to the “lingo” used by the characters that is part of their “culture” (without being pejorative here) and all the rap/hip hop references so far from my musical knowledge. I had to get my baring literally and imbibe the culture.

I must confess that I can’t stand rap and this book did not change my view on rap.

What this book did perfectly is make me aware of these injustices many “black” people suffer from. It also shows that your family may deal drugs it remains your family and you love them.  Because if they are bad for others they are good to you.

“You know how many rich white folks come to the courthouse for drug possession?” “A whole lot” says Jay. “Too many,” Aunt Chelle says. “Every single one gets a little slap on the wrist and goes right back into society, like it’s all good. Black folks or poor folks get on drugs?” “We’re ruined for life” Jay says. “Sounds about right.”

It also shows that when you are really poor and sometimes don’t have gas, electricity or food you do what you think needs to be done to help your family.

This is also an interesting tale on how social media can hijack your image and make you into someone you are not. Showing the truth and changing this reputation is not easy as often people prefer to believe in what they have built, their own version of the truth rather than open their eyes if that reconstrued reality better serves their goals. 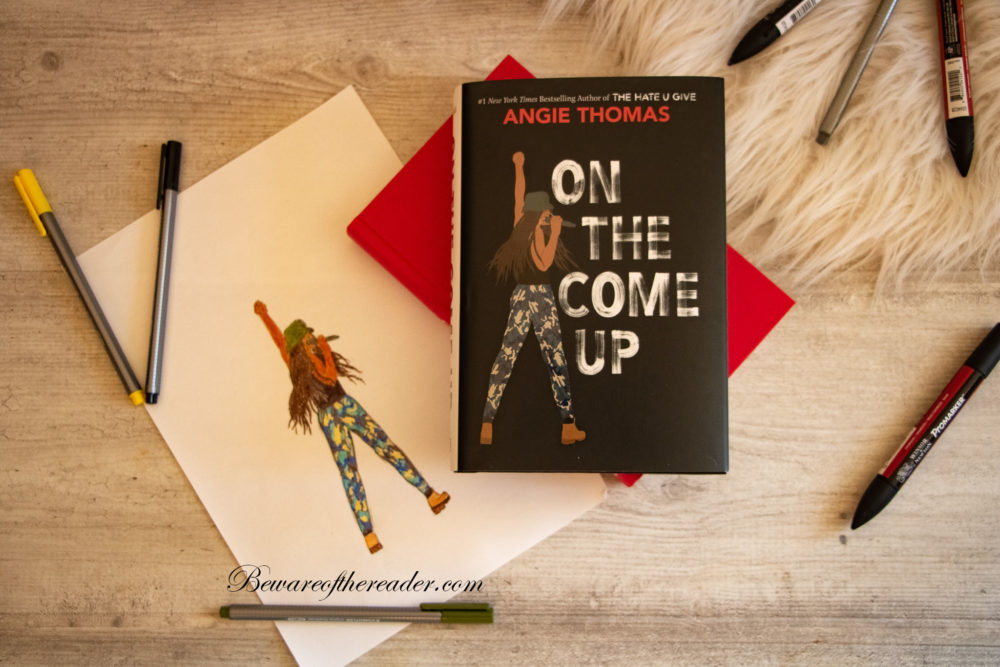 Now let’s back to the story, the characters and how I experienced this book.

Bri or Brianna has a dream: she wants to become a rapper. A good rapper. And earn enough money to help her mom and brother because things are really hard for them right now.

She’s always been tight with Sony and Malik. They are the Unholy Trinity.

They should support her choice right? Only when an opportunity arises, Bri does not make the smartest choice and everything backfires.

People paint her under a rebellious light. They see her as dangerous and “criminal” when Bri is just an armless  sixteen year old girl.

Because Bri may be stubborn and have a quick temper she has also a golden heart and knows right from wrong.

Yet turning the tide is not easy and it feels especially bitter when your friends suddenly don’t seem to have your back anymore. That’s when you are let a little alone that the wolves can enter and influence you, sending you on a path that you would never have walked had you been supported and advised by your loved ones.

As I’ve said before I needed 100 pages to really fall into the story. But once I was in I was all in and did not want to stop reading! I cared for Bri and raged when her friends seemed excluding her all of a sudden. I was furious against fate when I saw all the drama that hit her family while her mom and brother really were honest and courageous people.

I wanted to slap her “Manager” Supreme and shake some sense in Bri because he was manipulating her, morphing the girl into someone she was not. Yet I understood Bri because she really wanted to help her family.

I was raging again against the unfair treatment Latinx and Black got at school and against this “white mom” who petitioned against Bri. Or I was mad at misogynistic pigs in the music industry.

I swooned too because you have to get your sweet in the story.

All the characters felt real. Not only Bri but her friends, her family …. It’s in their backstory that you get to know them like Curtis who claimed in fifth grade that “Rihanna was his cousin and that his mom was on the road with her.” Then she was with Beyoncé while really his mom was in prison. Angie Thomas really gave life to all of them and that’s a gift, specially for a reader who loves character driven stories!

I think Angie Thomas is a talented story teller who builds her tale like she would write a song. With lots of dialogs (maybe it’s linked with being a rapper?) to keep the flow smooth and effortless.

Let’s chat! Have you read this one? Or THUG? What did you think of them?