I Heart Characters! is a weekly meme hosted by Dani @ Perspective of a Writer to showcase our book blogger lover for characters! Each week she’ll supply a topic and you’ll supply the character. Post on whatever day suits you, about characters from whatever media you love (books, movies, K-dramas, television, manga, anime, webtoons, whatever!) and link up on Thursday so YOU and others can blog hop and share the character love. ♡µ

Hi everyone this one was a difficult one.

Not because I don’t know or love Fae characters loving humans but because I wanted to choose other characters than Rhysand or Rowan or Prince Cardan because I’m certain many will have chosen these wonderful guys. And because I’ve gushed aplenty about these characters.

I did not want to bore you to death.

But I found him!

My Fae or rather half Fae having what will probably turn into a love interest for a human!

It’s a character really dear to my heart.

One I can’t wait to read more in the third book coming out by the end of the year.

One that has been written by none other than Cassandra Clare…

Have you guessed already? 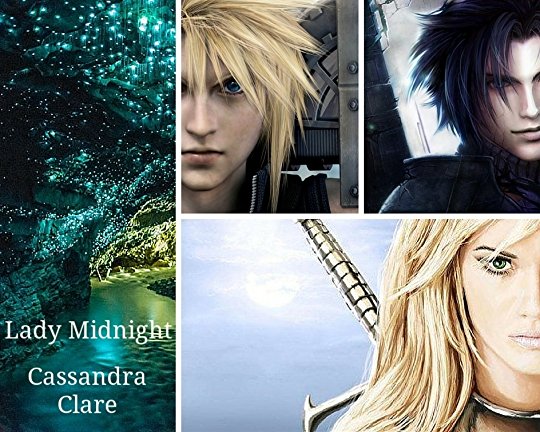 My hero of the day is Mark Blackthorn from The Dark Artifices series!

In Lady Midnight he is back from The Hunt as the faeries made a bargain to give him back to his family if Emma and the Blackthorns find the Fae murderer. The last years have been far from good for Mark and he is so broken.

”Mark was pacing back and forth at the foot of the bed, his hair hanging in his face. You could see how painfully thin he was; there was sinewy muscle on him, but it was the kind you got from starving sometimes and driving yourself away.”

He’s been physically deprived but also mentally manipulated as the Fair Folk is cruel and liked to make him hallucinate his family being tortured. Mark can’t believe Julian and the kids are real.

”You are a phantom and a shadow. You are the cruelty of hope.”

Torn between two worlds, he’ll have to find his place in this new world and choose to stay among Shadowhunter who despise the Fair Folk or go back to the Hunt hating Shadowhunters . His hopes and fragile new start will be crushed more than once and it was really hard reading about it.

Then in Lord of the Shadows, Mark is healing.

I really love Mark. He is strong and a skilled hunter but retains some innocence. Maybe because he is bewildered so many times and speaks in the Fairy way. I wanted to protect his heart and his soul.

He has the hots for Christina but he also has a complicated relationship with abother Fae: Kieran.


Christina is a fantastic female character. She is smart, gifted but also kind. Her fascination for the Fairy Folk will help her to support Mark and understand his complicated relationship with Keiran. I don’t know where they’re headed to but it really is fascinating. Is it a real love triangle? Anyway astonishingly I don’t resent it.

See? I got you a love triangle with a human, a half Fae and a Fae today!

Don’t say I’m not spoiling you!

Now do tell me who would be your Fae choice?