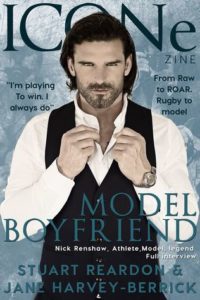 A powerful contemporary romance set in the fast-moving world of international modelling.“What’s it like dating one of the most beautiful men in the world? A man whose face is on every magazine and ad campaign?

Not as much fun as it sounds, as Anna Scott is about to find out.

Retired from rugby at the age of 33, injured and bored, Nick is given the chance to enter the high stakes world of fashion photography as a model.

But behind the glittering façade lies an ugly reality: drugs, alcohol, all the deadly sins, and people willing to sleep their way to the top.

It’s a tough life and tougher on relationships.

Nick needs to learn to navigate the treacherous path quickly or risk losing it all—including the woman who has become his reason for living.

In this glamorous world, there is no room for error. Being a MODEL BOYFRIEND has never been harder.

Can nice guy Nick find his way through, or will he be tempted to risk it all? Because the one thing he despises is failure.

He’s a lot more than a pretty face.”

This story continues where UNDEFEATED left off, although it can also be read as a stand-alone story in its own right.

They did it again!

First lines and I was already sucked into Nick and Anna’s world.

I had forgotten how this author’s duo pulled me into the story with details related to the rugby world that made the story so real and vivid.

Honestly if you have read my review of Undefeated and the interview of Jane and Stuart you would know that I really was skeptical beginning undefeated. Call me biased but I was really wondering what a former rugby player could give as a writer. And I was in for a huge surprise as Stuart’s life experience gave an intense edge to the story!

Model Boyfriend did not disappoint.

Yet it is difficult to keep the reader’s interest in a sequel happening five years after the main characters had their HEA!

How would Jane and Stuart weave this tale to keep me invested?

Well using the same “recipe”: Stuart’s phenomenal insight in the “after” once your career as a professional athlete has ended and their author’s duo writing about a captivating plot filled with touching, strong yet human characters. 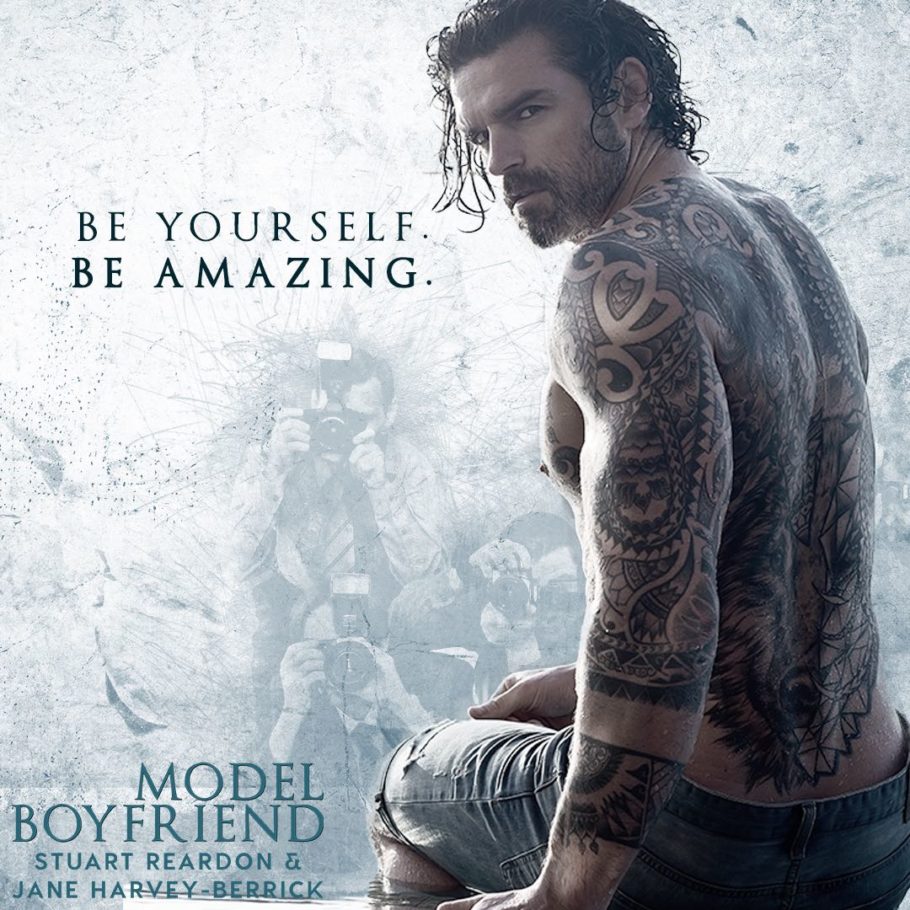 I don’t want to tell too much about the story but know that the book begins five years after Nick and Anna had their HEA.

Nick is preparing to play his last match before retiring.

This first chapter felt like following an athlete in “real time and real life”. You witness his doubts, his fears but also the resignation as he knows his body has taken so many injuries he can’t go on any longer playing as a professional.

“Even when you know it’s time, you refuse to believe that your body is broken. Your mind is strong, so you carry on for as many seasons as you can. You take painkillers to get you through the games: paracetamol, ibuprofen, tramadol, cortisone injections: any concoction the doctor can give. Post-game, we take sleeping tablets or diazepam in case the painkillers wear off during the night while we sleep and try recover.     With all the injuries I’ve had, I should be glad it’s my last game, but deep down I’m not. I don’t know what I’m going to do next—midlife crisis here I come. It’s like leaving home again”

If his body tells it’s time to retire his head and heart wonder who he is if he does not have rugby.

“I’m not Nick Renshaw the Rugby star anymore, who am I? What’s my purpose?  If he was honest, not knowing who or what he was, it scared him. I can’t let Anna see me like this.”

This was one of the many insightful moments filling the book.

I was in Nick’s shoes.

Being worshipped and respected for his career, cheered by his old and current teammates yet dreading the time ahead.

It makes you realize that all these professional athletes have really short careers but they begin very young.

They are institutionalized. They have a strict schedule. They have coaches, physiotherapy, training, competition rinse repeat. They live in a very structured and focus world.

Once this all ends the transition is not easy!

Nick was only 33. No way would he let Anna earn all the living and him mooch on her earnings.

Even if he has savings he need a goal, a purpose, something.

Depression is at the next corner. Nick is drifting.

“She wished he’d be animated by something. This shadowy version of Nick was hard to take.“

Of course when your other half is depressed the relationship suffers.

This is another topic the authors broached: how depression not only affects the depressed but his entourage as well.

A chance proposition by a famous photographer will launch Nick on a path to become a model.

Anna really encouraged Nick to pursue this new opportunity. Even if he has to live far from her for months. Even if he’ll be surrounded by gorgeous but skinny women. Even if…. 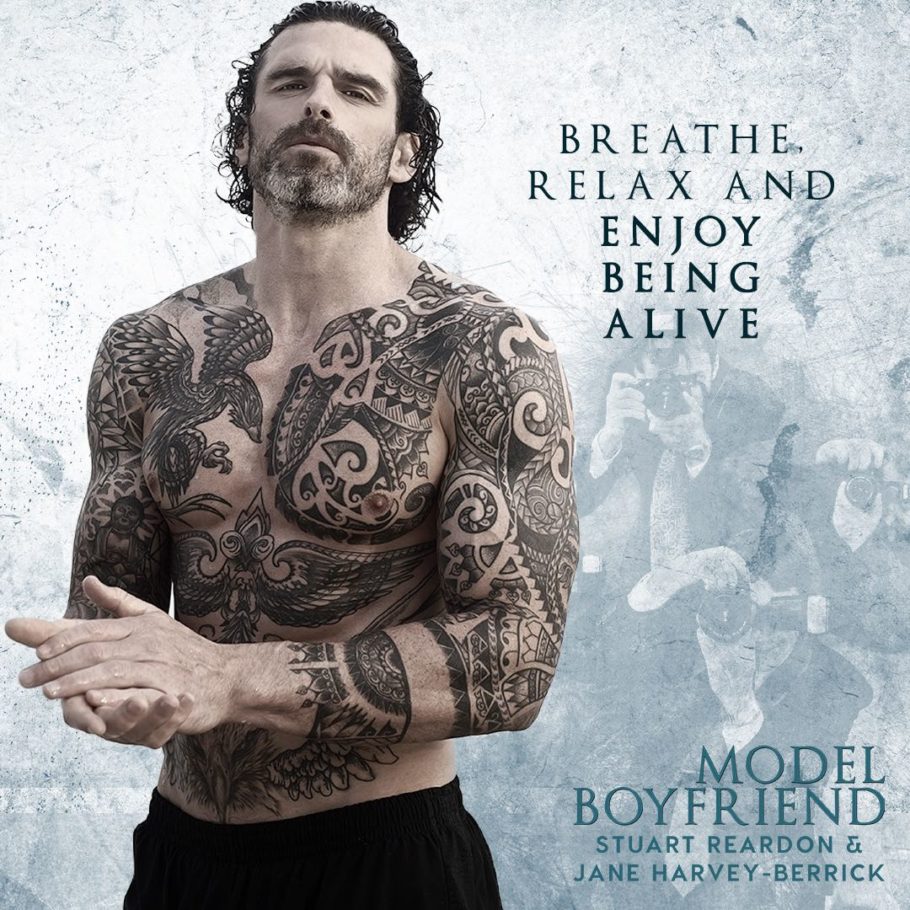 I really loved the parallel between Nick’s next career and Stuart modelling for romance covers. Once again we get a unique “insider” view of the modelling world. I don’t know what was true and what was fiction with Stuart’s own experience but again these details made for a vivid and exceptional story. It gives intensity and a “raw and real” feel that you can’t reach with book research. Nothing beats experiencing first hand.

Just know that Nick and Anna were stronger together than separated with doubt filtering through their thoughts.  Miscommunication, wanting to do what’s best for the other without telling him your real feelings gave an extra layer of angst to the story.

Anna knows she is not enough for Nick. No one can be everything for the other. It’s not healthy. She knows most athletes struggle with the transition. Yet being a psychologist and dealing with similar cases on a daily basis does not make it any easier for her. Because this time it’s personal. Close to home.

Nick won’t be the only one battling doubts. Anna will also harbor her own fears and uncertainties.

Special mention for the side characters who give colors and added layers to the book.

Brendan was just so Brendan and so fantastic! I loved his flamboyant yet smart and generous personality.

The banter between Anna and Brendan or anyone speaking to Brendan in general was hilarious!

“She’s not worth crying about,” he said, stroking her hair gently. “She’s just a withered old tart, with more cosmetic enhancements than a makeup counter at Harrods.”

Molly was still the evil witch (yes she’ll make a comeback into the story).

Nick’s friends helped to save the day and opened unexpected venues to the story.

This book is well written, with the right pace filled with many interesting details about managing a second career as an ex professional athlete and all the challenges and dangers the main characters have to overcome.

You’ll have many topics:

-addiction to drugs and medicine;

-homosexuality in a very “male” sport;

-sacrifices and unhealthy practices in the modelling world;

-what is truly loving someone if not giving him wings and freeing him;

And I am certain I must have forgotten some other important messages.

The story kept my interest all along and I really have a soft spot for these two lovebirds as well as the colorful yet loyal Brendan.

Buy links for UNDEFEATED reduced to 99¢ from $3.99 for the first time ever

Do you love your stories with an “insider” view?