Review for The Ultimate Reading Challenge

Once again Angelica (Angie) from Collector of Book Boyfriend and now Angela from Reading Frenzy enrolled me for another challenge. Read each month one book following their lead.

I have many old favorites but I wanted to read something about a flawed hero. It’s been such a long time since I’ve read this book that it was like reading it for the first time. 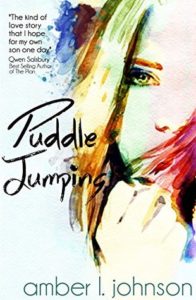 When it comes to love there’s no such thing as conventional.Everyone thinks Colton Neely is special.

Once friends when they were younger, their bond is cut short due to her accident prone nature and they go their separate ways. Years later, they meet again and Lilly learns that there is something special about the boy she once knew, but she has no idea what it all means. And she’s not sure if she’s ready to find out.

When he walks through the corridor of her school the first day of her senior year, she knows that it’s time to get to know the real Colton Neely. The more she learns, the deeper she falls.

Their friendship grows into love, even as Colton does not express it in words. But one decision threatens to break down the world that Lilly has tried so hard to integrate into and she must figure out if the relationship can survive if they are apart.

I give it 5 stars again.

“This isn’t your run-of-the-mill fairy tale. It’s not some Harlequin romance. I wouldn’t even categorize this as much of a romance at all. Because I’m not the kind of person to fall in love. And neither is the guy I’m head over heels for. I’m Lilly Grace Evans and this is the true account of how I ended up falling for a boy who made me believe love is anything but conventional.”

The tone is set. I could not say it better…

Lilly met Colton when they were 10 and 9 years old. Lilly was the epitome of a daredevil. A tomboy prone to accident. Colton was … everything else! Artist, respecting the rules, afraid of big noises.

When Lilly had another big accident Colton’s mom decided it was better if they did not see each other anymore. Years after they meet again their senior year of high school. What Lilly did not see when they were kids is that Colton is “different”. For years something was missing in Lilly’s life and it’s only their first day of school that she realizes she was waiting for Colton to come back in her life.

I don’t want to spoil your fun and tell you right away what the “difference” is but I think you’ll guess it pretty easily knowing Colton is a genius artist but has a hard time socializing. A very hard time!

What I adore in this book: if Lilly helps Colton making friends, blending in others company and tackling challenges Colton will also help Lilly to become a marvelous young woman.

Gone the self-centered little girl (honestly many kids are self-centered so you should not hold it against Lilly). Lilly learns to put Colton’s needs above her own. She’ll be attuned to his mood. She will have to adapt to Colton’s literal way of communicating. If you say “you can kiss me any time” Colton will really kiss you any time! He has difficulties reading other’s moods and feelings but with Lilly he just knows based on the music she listens.

Lilly really fell in love with him and she so wanted everyone to see Colton like she did, not like a freak.

“What I’d like to really stress about this is when you love someone, their differences fall away.”

My rating followed Lilly’s journey. I thought “Why did I give it so many stars? It’s cute but so what?” when Lilly was that little daredevil girl. Or when she discovered boys and did not like it.

Then…then I was “Oh wow I get it now! My throat is hurting, my eyes are leaking I’m an emotional mess!” because Lilly grew up and gave it everything when Colton could win you in one second with his words.

Colton was…moving. He so desperately wanted to be “normal” and Lilly was a Godsend.

“But he did call. He called at exactly eight o’clock. And after an initial awkward start, and feeling like I was going to pass out from lack of oxygen, we settled into a nice conversation. That night I realized he was just another seventeen-year-old boy, one who happened to be high functioning, and just wanted to be seen as a regular guy. He trusted me implicitly to be his friend, and I was doing my best. But I was falling for him, and falling for him fast.”

He breathed and dreamed Lilly. She was his anchor.

“You’re my quiet, Lilly.For as long as I can remember, you’ve been the one to calm me down.” “How’s that even possible? When we were kids, I almost died every time we were together. I’m a mess. I’m chaos.” “No,” he whispered. “You’re my beautiful Lilly. The one who makes everything right in my world.”  BEST QUOTE!!!! I was a sobbing mess. How can you stay mad at someone who’s saying such beautiful words?

Their road won’t be an easy one. It will be bumpy and uncertain in its conclusion.

“It came down to the simple truth that I could do all I could to learn about him and what he needed, but would it be possible for him to do the same?”

It’s a really, really well executed story speaking about being different, hoping to blend in and trying to understand the other’s difficulties.

“With a small sigh he squeezed my hand tighter. “I wish you were like me.” The breath in my body just rushed out all at once as I asked him why. His gaze traveled my face again before he focused on my hair, saying exactly what he had on his mind. “Because then you would understand.””

Have you read it? Are you in a reading challenge? Want to join us?