but created by Melanie at MNBernard Books, and Flavia at Flavia the Bibliophile.

Each month we get a new theme and choose our favorite book for the theme. The participants get to vote for their favorite. There is also a Twitter chat spanning as last month on several days!

Today’s topic in Calendar Girls is so fitting! It’s either a book with good plot twists either a surprise ending!

I don’t know you but I love a book turning my world on its axis!


You expected some ending and then, BAM! Never saw it coming!

Or you thought you were reading a story just to realize that you’ve been fooled all along and it was a completely different story!

Did I have a field day choosing the books today!

Books in plural as you’ll have several contenders and I will choose two winners.

First contender, really, really famous and one of my most favorites: The Wicked King by Holly Black Oh and the ball keep rolling by the end of the book because Cardan pulled the rug under Jude’s feet!

Second contender because of the ending that shed a whole other light on the story: Ryan’s Bed by Tijan 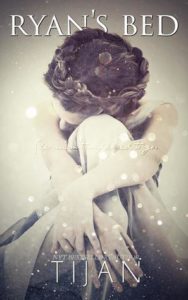 Third contender: Be the Girl by K.A. Tucker

Because Aria fooled me all along! I never guessed the truth.

Fourth contender: Sweet Nothing by Jamie McGuire and Teresa Mummert 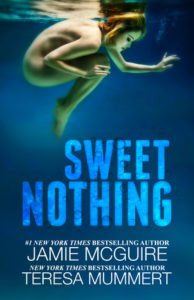 I never saw it coming and this is brilliant!

So, 5 stars it is and I won’t tell anything about the story to keep the surprise. Just read it and do it until the very end, even if you think it’s too “sweet and perfect” for these authors sometimes in your read because it’s not what you think at all!” 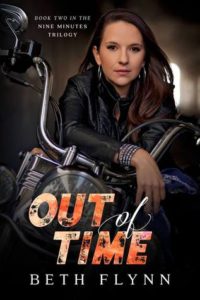 I swear Beth Flynn is diabolical and so gifted!!!
Here is an excerpt of what I wrote on her “Out of Time” (middle of the series)

“Each chapter shows another deceit, another lie and clues are coming after Grizz execution. Even in death he remains the controlling man, the puppet master as he orchestrated and foresaw many things.

Honestly Mrs Flynn, I don’t know where you find all these ideas and make them work incredibly well without losing your way. I’m officially starstruck. It’s diabolical and I must have experienced intellectual orgasms as it was soooooooooooooo smartly executed!

But this isn’t the end, it’s just a beginning. Something else is coming and it’s BIG! We stills have many, many things to learn, YAY! But be prepared there is a big cliffhanger ahead! So if you don’t like it, wait for the third installment.”

Today I chose two winners again as they are my “underdogs” and I love rooting for underdogs.

These authors are authors who are less known but that I want to push on everyone as THEY are BRILLIANT and honestly SHOULD BE BETTER KNOWN!!!!!!!!!!!!
OK I stop with the shouting but ….just read them!
My first winner is Father Figure by James Cudney (alias our friend Jay). 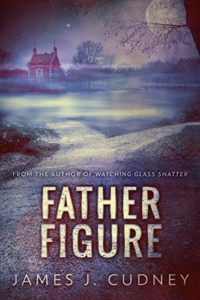 Here is what I wrote about the plot in this story:
“The plot
James has an intelligent writing. As the story sets it gets more and more intricate. Secrets are unearthed, revelations come to light and you realize that James truly IS a mastermind. A genius scheming writer. He places seemingly innocent facts here and there, fortuitous encounters, little crumbs and we don’t realize all the intricate connections between these threads before a big reveal!
That’s the kind of stories I adore. When the plot gets slowly, discreetly more and more intricate until you realize you’ve been carefully led a certain way and all these innocent facts were part of a vast and complex scheme. I’ve been played all along and never realized it!

My second winner is Nerve Damage by JL Myers 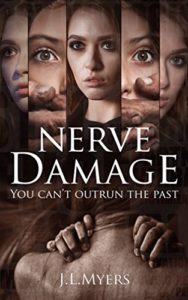 Here is some of what I wrote in my review and Laura, I think this book would be right up your alley! Norrie too!

“-I felt like a mouse in a trap or in a labyrinth. The hooded killer was waiting, lurking in a dark corner and I never knew when he would strike or who he would kill. I felt hunted!;

-If you can imagine how a fish out of the water must feel you have a pretty good idea of how I felt. I was not only totally out of my comfort zone rarely reading mysteries but I was also literally panting seated at the edge of my chair. Totally out of breath as it was riveting!

-you see the flight simulator astronauts have to experience? The one with the seat going in every direction so fast you can no longer tell up from down? Well that was me in the seat with my brain cells pushed in every direction to try to understand what was happening and who the killer might be!

-now I’ll use Tom Thumb analogy. You know how he leaves a trail of crumbles to try finding his way back home? Well that’s what J.L Myers did with her clues. She left a trail of clues to help the reader find the killer. Only I never found my way either, except by the end of the book.

And I hurt So MUCH for that poor girl and what she went through. Be warned the book is closer to very, very dark read sometimes!

So in a few words it was: confusing, riveting, breathtaking and pure genius! I was left speechless and open mouthed!“

Now what book did surprise you?