I am back from YALC for four days now and slowly, very slowly, trying to catch up with everything blog wise! Also mentally peparing for going back to work tomorrow.

So this Sunday Post well double as a YALC retelling and July wrap-up!

In my last Sunday Post I told you all about painting the wall and now it’s done thanks to my son who’s slaved on these while my daughter and I were away in London at YALC. So thank you!

Second thing to mention: my disastrous IKEA visit had after effect as I did not seem to ordre proper shelves for my library (the BILLY had to be screwed to the wall, something my hubs did NOT appreciate seeing they were freshly painted). And one leg for my husband’s desk was missing… so I went back a second time this week. It is now official I HATE IKEA!

My daughter who assembled her bed told me that “I am certain couple break up after a visit at IKEA when they try to make all the pieces fit together!”. So young yet already so wise 😀

Now that I have a brand new bookshelf and freshly painted walls it’s time to get back to work!!!!

We were due to leave Belgium on Thursday 25th. But till the last minute we feared that our Eurostar would be cancelled as many the day before were cancelled due to a power outage on the Belgian rail.

Arrived in London I unfortunately had a headache as the AC was running full blast in the Eurostar! We chose to travel the worst day of the heat wave … We just had the energy to visit The Forbidden Planet (thanks to Lashaan @bookidote who commented about this wonderful place for booknerds like us) where my daughter bought The Wicked Saints (with the promise that I could feature it in my bookstagrams 😀 ). And having fed our brains we needed to feed our bodies so Fortnum and Mason here we came!

I swear it’s like becoming a kid again in a candy store!

Everything is so pretty, girly with delicate details and bright colors! 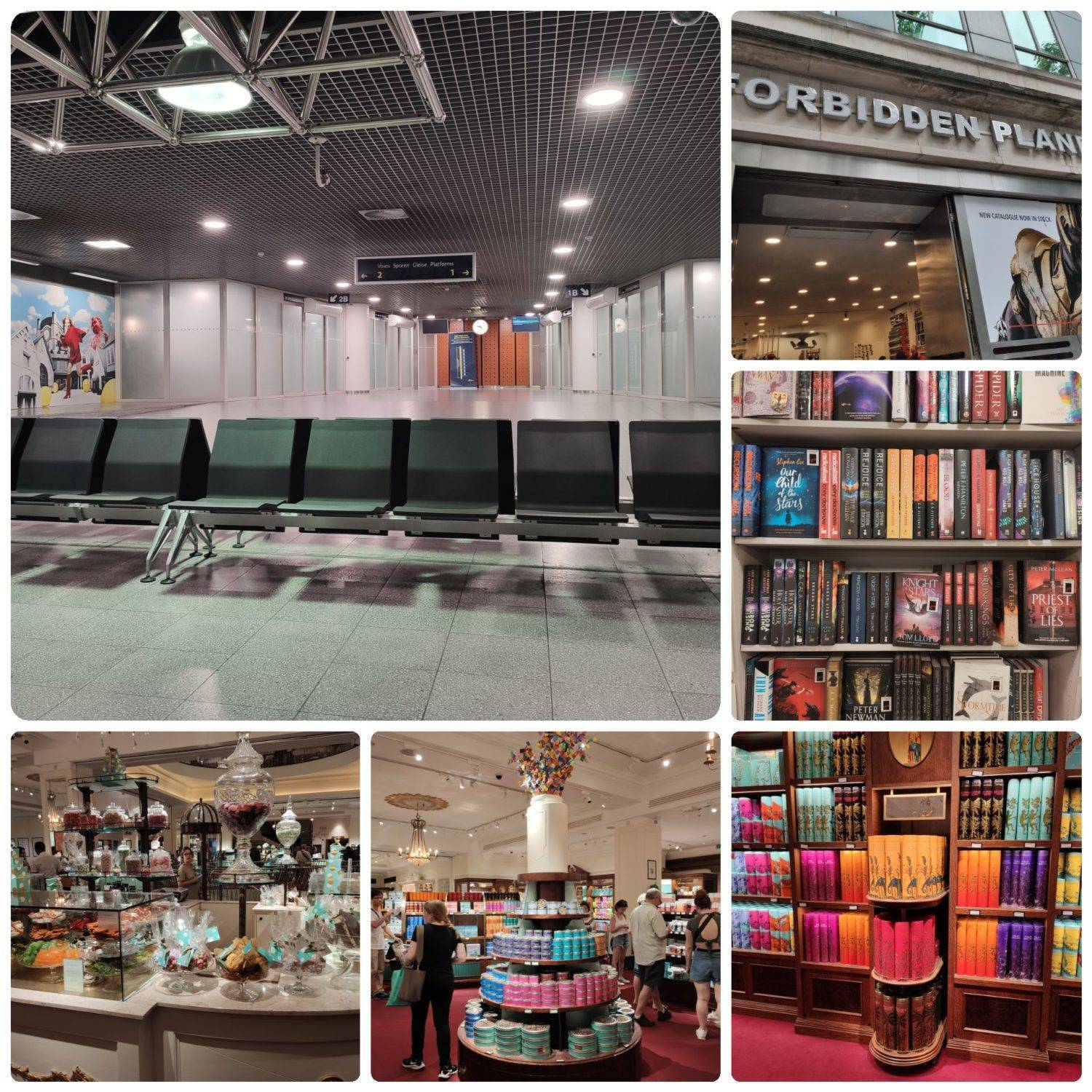 Back to our hotel we asked to change room (first time in my life that I ask for something else as I don’t like to bother people when I travel) but the room was just under the roof and even with the AC it was so hot that we could not sleep in it!

On the first day of YALC we took a good breakfast, packed our suitcase for the signing of the day and on we went, arriving 15 minutes before the door were due to open. We hoped to get inside right away but had to take an INSANELY long queue that went to the other side of the (huge) Olympia building!

Needless to say that once inside with our lanyard no VQ tickets were available anymore for the day.

VQ ticket is brand new from this year and an excellent idea! Last year the lines were so long that many ended up disappointed. This year, when we arrive early we can ask tickets for the authors we are planning to meet that day. If you don’t have such a ticket you can ask one later, when the line is already formed but you’ll have to wait a long time to see the author and sometimes will miss her or him!

I confess that we spent most of our money that day as books were priced at 5 GBP for a paperback, 10 or 8 for a hardcover. And some publishers even sold 3 paperbacks for 10 GBP! So of course I snatched the three Raven Boys that I did not still have for 10 GBP!

As the GBP rate against EUR has fallen drastically since the news of the Brexit it was really an excellent deal!

My first stop of the day was for Harper Voyager UK as they sold The Dragon Republic by RF Kuang three weeks early!!!! I got that gorgeous hardcover for 10 GBP!! It made my day 😀

This first day I met:

–Sarah Barnard,who told me the idea for A Quiet Kind of Thunder came from a TV show on a young girl suffering from social anxiety and what would happen if someone had not the proper support at a young age;

–Laura Steven. She laughed when I told her that I wanted to become Izzy when I grow up. When I asked her what inspired The Exact Opposite of Okay she told me it was the story of a young Italian girl who had something similar to happen to her. Her ending was tragic but she wanted an uplifting book;

–Alice Oseman who was a star as she stayed till the last minute of YALC to sign all the books;

–Renée Ahdieh. She is sweet, kind and beautiful! When I asked her if The Wrath and the dawn would see the sequel translated in French for my daughter she told me that the topic had not been welcomed in France and that they were looking for other editing houses. 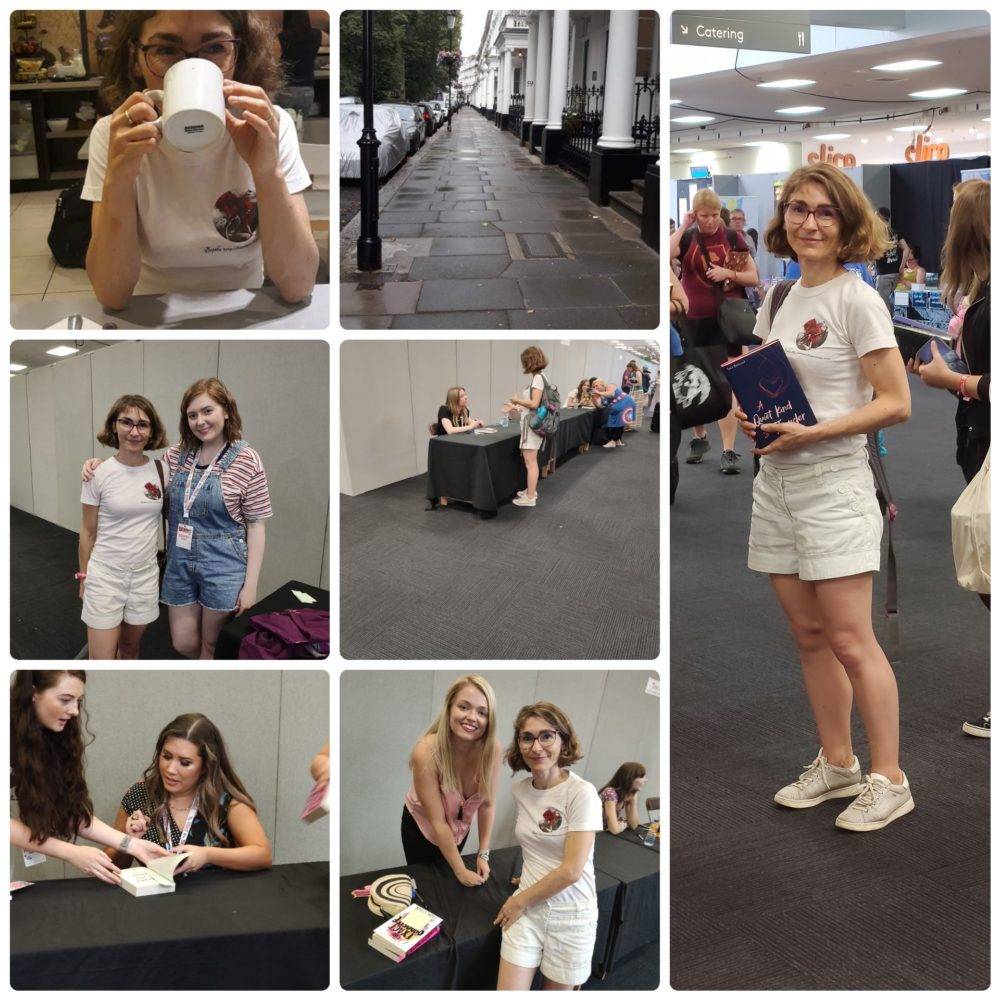 I also bought way more bookish candles from Bookish Burns but they were so pretty!!!

Perk of my day: I got to meet one of you!!!! Yes yes she asked me to meet her after her work and we had a great time drinking something together, talking about us and about books and other things.

The second day we were very early before the doors opened! When it opened I ran in the stairs to snatch the golden VQ tickets to meet V.E. Schwab and Karen McManus!

That day was pretty relaxed as we had seen most of the books on sale the day before. We attended a discussion panel about Fantasy in YA when Jason Momoa bombed our panel!!!! 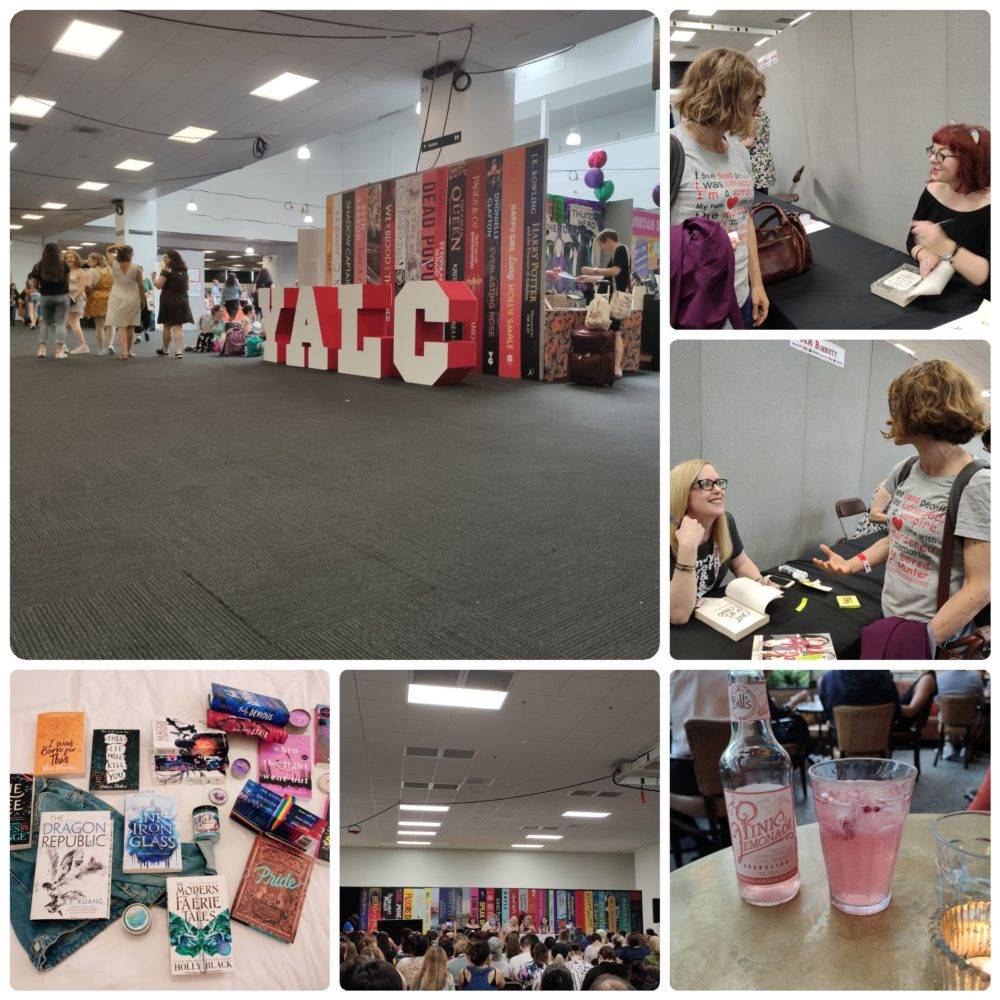 I think that guy must be pretty cool as many artists are on the floor below for the Comic Con as Ian Somerhalder; Jason Momoa and artists from Doctor Who, GOT, Once Upon A Time etc. All these artists can’t be seen “for free” as you have to pay a hefty price to have your picture taken with them.

But for the second year Jason Momoa came visiting YALC for a short time, giving us all the oportunity to see him “in the flesh” (and muscles) for free! He can’t stay long as I suspect it would go against his contract but it’s a pretty cool move to put!

On Sunday we got the VQ tickets and met Samantha Shannon; Kristen Ciccarelli (I told her I loved how she fooled me with Asha) and Adrienne Young. 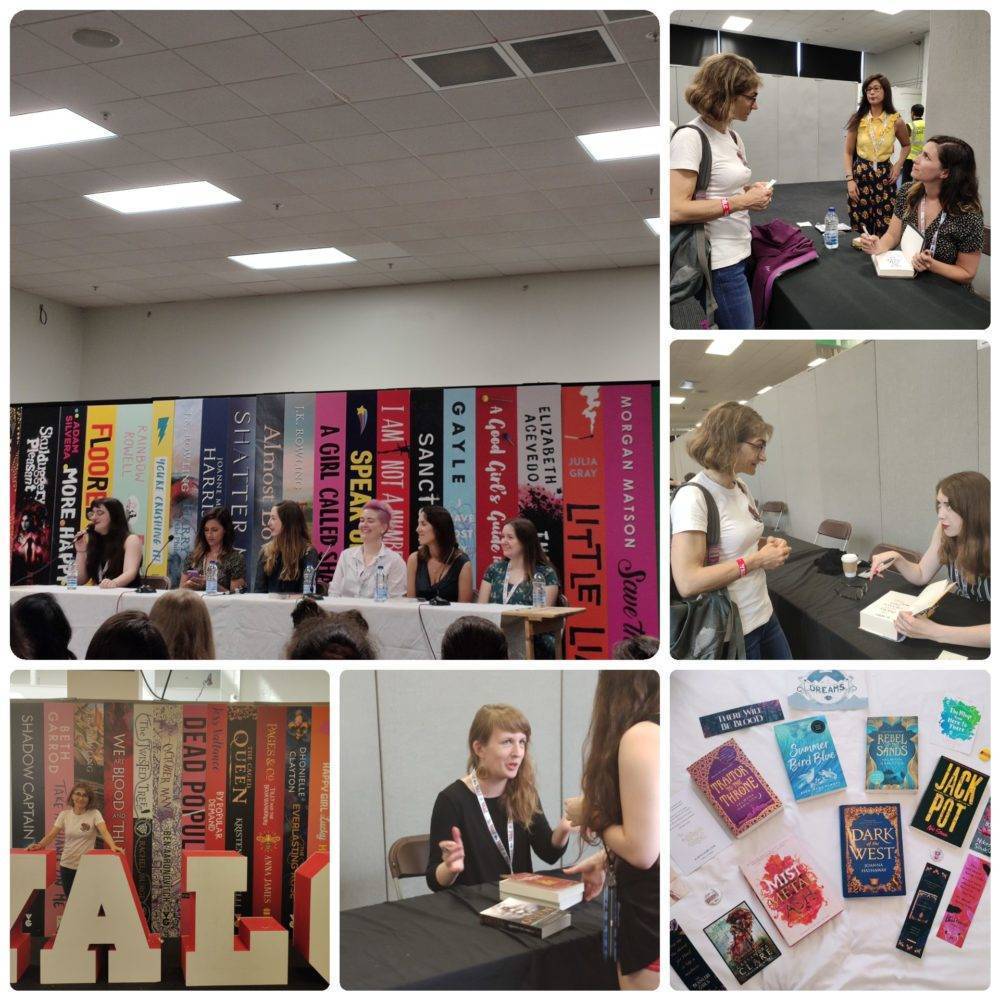 In these three days I won an ARC Jackpot by Nick Stone, other ARCs freely given when you bought one book and I entered and won the bookstagram competition hosted by Hodderscape to win a special Fairyloot edition of Caraval!

And of course YALC would not be YALC without Alwyn Hamilton! She was not planned to attend as she had a wedding in France but she did come on Sunday to give people book recommendations! Alwyn is one of the friendliest people I know! She sincerely loves chatting with readers! We talked about books but every book she recommended I already owned or had pre ordered. She told me she had nothing to teach me 😀  Little inside info: Renée Ahdieh is Alwyn’s pal and she slept at Alwyn’s for YALC.

Total books bought and won 19 from me and 8 for my daughter! Candles …13 with my daughter’s ….

We stayed one more day in London to visit all our content. We already had walked a lot the days before but on Monday we walked 5 hours and climbed the more than 300 stairs of St Paul’s Cathedral to go to the highest external gallery (where we ended up feeling pretty sick with the height and the lack of space between the wall and the barrier!). 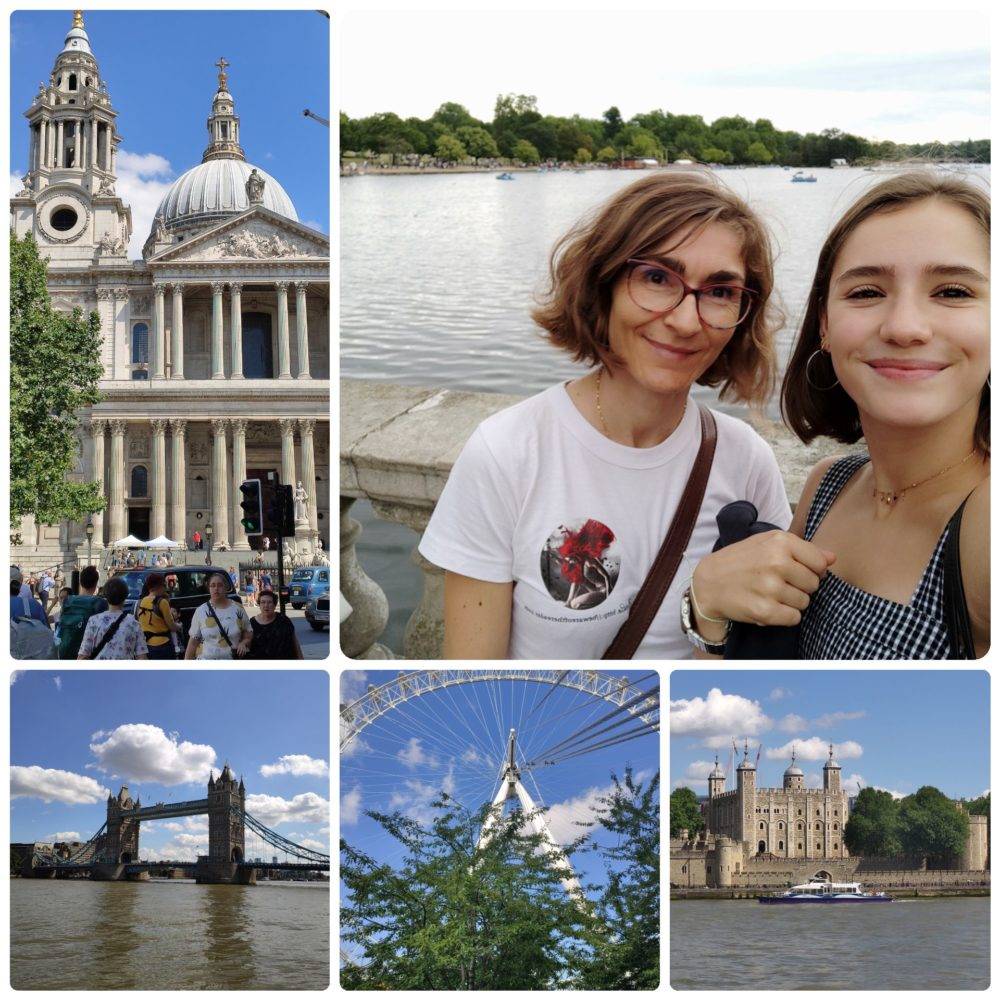 I would say that these days were just wonderful and we want to do it again! Oh and yes I KNOW THAT I HAD CRAZY HAIR DAY in London!!! 😀

This month I have read and reviewed 10 books that you can find here below slowly getting to my favorites.

My favorite reads for this month

I have writtend several discussion posts

Discussion: Are you fed up with diversity in books? Is diversity necessary to be a good writer or a good reader? 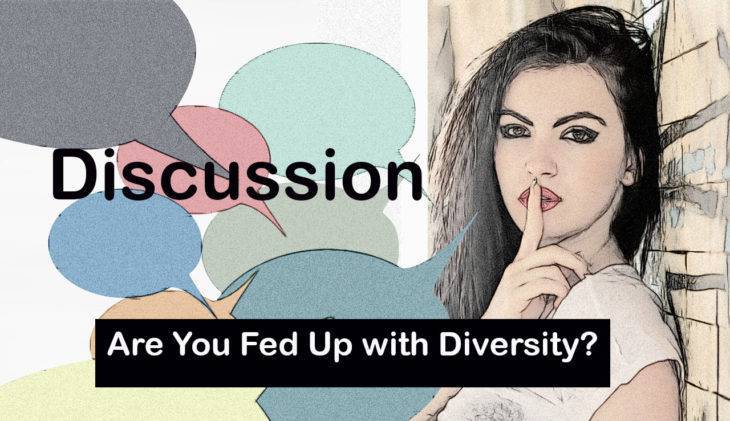 Discussion: Are you too old to read and/or blog about YA books? What do you think of reading outside your age genre? 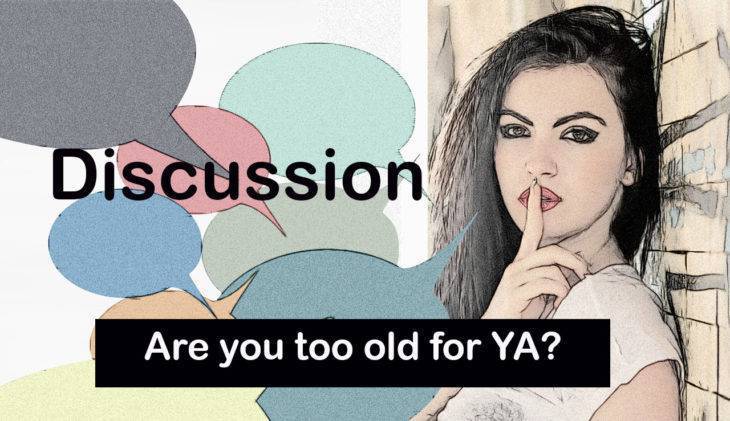 Discussion: Why don’t we see pudgy and lazy male MC in romance stories? Well I have that theory but …. Let’s talk about characters cast. 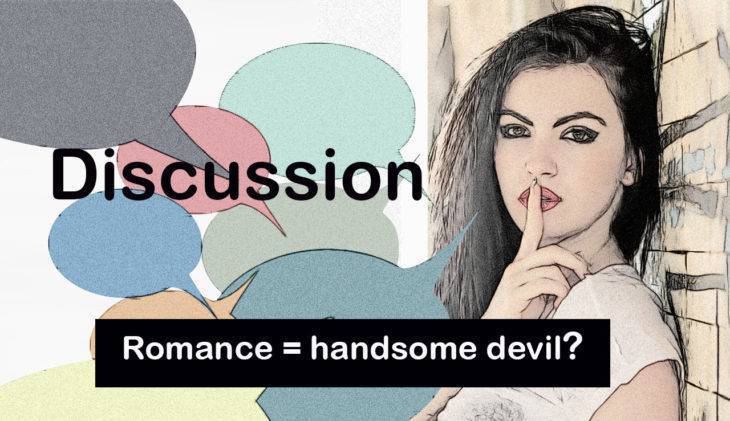 And it was also the month to nominate your favorite bloggers for the Annual Blogger Award! Thank you for everyone who has nominated and voted for me and thank you to May for all the work she’s done organizing it!

No blog hopping this week as I am still trying to catch up but I could not leave without a game of “Would You Rather” in the Red Queen universe hosted by Epicreads! 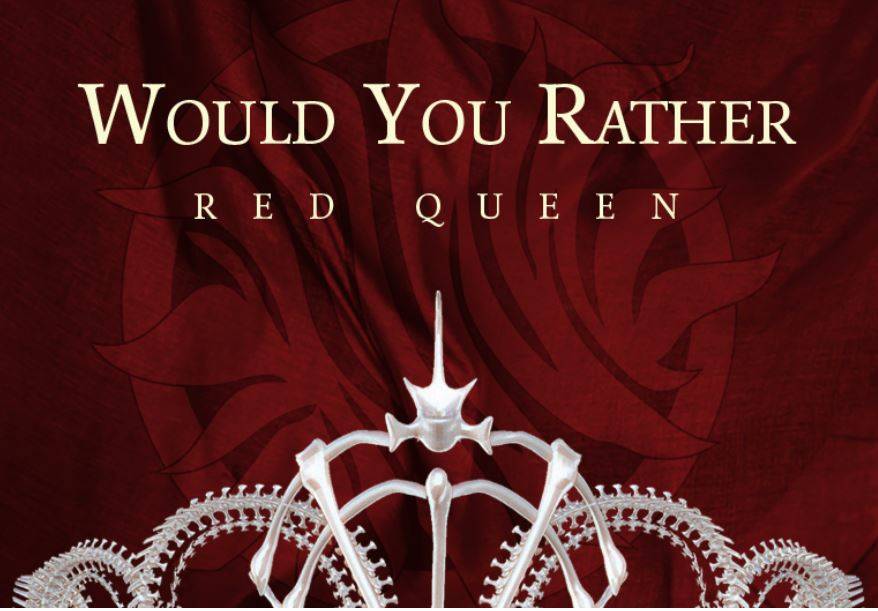 Now do tell me how was your month? Anything interesting done? Any fantastic book that I should now about?