“There will be a battle, and you will need to protect your heart.”

Kjell of Jeru had always known who he was. He’d never envied his brother or wanted to be king. He was the bastard son of the late King Zoltev and a servant girl, and the ignominy of his birth had never bothered him.

But there is more to a man than his parentage. More to a man than his blade, his size, or his skills, and all that Kjell once knew has shifted and changed. He is no longer simply Kjell of Jeru, a warrior defending the crown. Now he is a healer, one of the Gifted, and a man completely at odds with his power.

Called upon to rid the country of the last vestiges of the Volgar, Kjell stumbles upon a woman who has troubling glimpses of the future and no memory of the past. Armed with his unwanted gift and haunted by regret, Kjell becomes a reluctant savior, beset by old enemies and new expectations. With the woman by his side, Kjell embarks upon a journey where the greatest test may be finding the man she believes him to be. 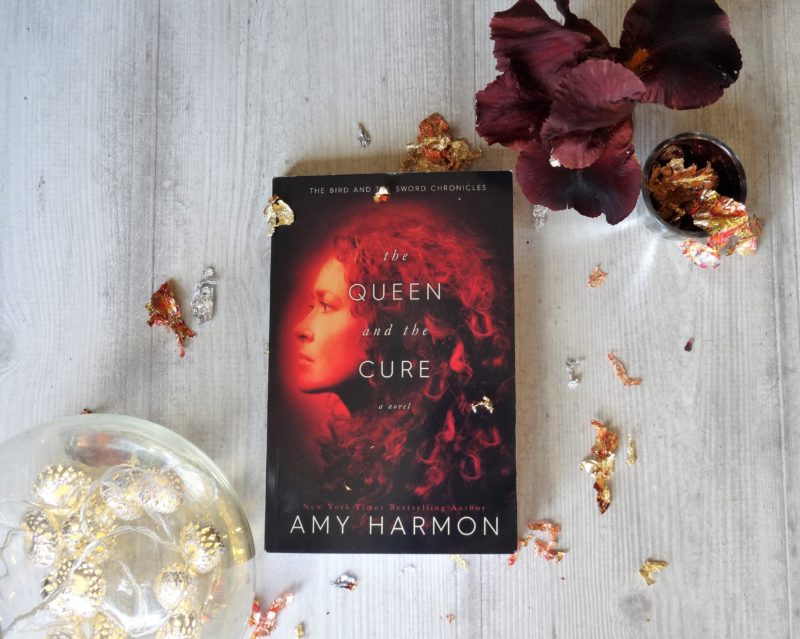 Amy did it again. Take me hostage in her world and kept me captive till the very last word.

I think Amy could write the telephone book (or is it repertory?) and it would still be gracious and beautiful!

This woman knows how to weave a tale. I suspect Amy’s Gift is telling wonderful and fascinating stories. Maybe Sasha is Amy’s imaginary twin?

Once upon a time a castle was asleep waiting someone to awaken her inhabitants. Does it remind you of a Sleeping Beauty?

Well the original opening was:

“Light glanced off of the empty throne and streaked across the wide room, peeking around corners and climbing the walls. Silence was the only occupant. Something fluttered overhead, breaking the stillness. Vines with leaves so emerald they appeared black in the shadows, wrapped their way around the rocks and past the windows, filtering the light and casting the interior in a wash of green. The castle was holding her breath. She’s been holding her breath for so long”.

So much more beautiful than what I wrote but it’s been a long time since I realized I would never reach Amy’s ankle with my writing.

This story takes place after The Bird and The Sword, years after exactly.

Kjell is king Tiras’s brother. He is the Captain of the Guards and has been scouring Jeru looking for Volgars to exterminate.

Kjell is a complex character. He is very strong and imposing, a warrior and he has conflicted feelings about his Gift. He is a healer and it’s so at odds with how he sees himself.

“He yanked his hands away. He was not equipped to wield his gift. His heart began to pound and his anger –at himself, at Sasha, at his father, at the Creator, at the very world he was born into- bubbled inside him. Ha was a warrior. Ha was not a man who loved or nurtured. He’d been given a gift that was so at odds with who he was that he wanted to howl in frustration and sink his sword into something lethal.”

He will save Sasha’s life healing someone he does not love for the first time in his life.

Sasha has no recollection of her past. She is a Seer . She has been chased away and pushed from a cliff by the villagers she tried to help warning them about soiled water.

She may be a seer but she had no clues about her identity. She just knew that she was a slave.

Sasha was an admirable heroine. She was patient, caring, open and brave. That woman always forgave others. She had one of the most difficult Gifts, being the bearer of usually bad news and yet she was so prompt to forgive others for hurting her.

Because she knew. She knew what purpose Gifts served.

“It isn’t about me. It’s about responsibility. The Gifts we are given are not given for our benefit but for the benefit of mankind.”

She was not a sparling and buoyant heroine.  She was humble and sweet. And she endured, God did she endure! She shined like a star dazzling Kjell with her bravery and kindness.

This is one of the things I adore about Amy’s books : her characters.

She builds strong, gorgeous and touching characters. I fall in love with them every time. I suffer alongside them, I rejoice with them, I’m immersed in their lives.

Kjell and Sasha were both humble even if the bore formidably Gifts.

Kjell could have been ambitious. He had every right to. But he wanted nothing else than to serve Tiras.

He did not want to be powerful.

He did not want to be king.

He did not want to be gifted.

And he was embarrassed each time someone thanked him for healing. He just wanted a simple life not to be pushed into the light.

Sasha and Kjell have extraordinary powers but remain simple and ordinary. They never abuse their powers. They serve others.

This is once again a big lesson: whatever your worth, be kind and help others. I’m intimately convinced the more you have power the more you owe others. Power is not made to be abused but to be used wisely. To help the community. With power always comes duty. That’s something others often forget unfortunately.

When Kjell saves Sasha he will form a special bond with her. He’ll always need to protect her,  care for her.

Even if in the beginning he did not want to admit it and tried to leave her behind.

It gave some of the best parts of the book. Stubborn Sasha determined she was Kjell’s. Following him everywhere.

Kjell was as determined to ignore his want. It was like a subtle dance of wills.

Soon enough Kjell will surrender and he’ll never cease protecting Sasha. I loved his dedication. There wasn’t indecisiveness. He decided to protect her and never faltered in his will.

I loved their love story. They were meant for each other. That’s why my heart broke when the truth about Sasha’s past and identity was uncovered.

And yet they remained so loyal and dignified. It was truly admirable.

It was beautiful, it was touching, it was heart breaking and the end was just perfect!

“Some things can not be healed. They must simply be endured.”

Have you read it yet? Or any Amy Harmon books? What are your thoughts?