The Calendar Girls is a monthly blog event that was created by Melanie at MNBernard Books, and Flavia at Flavia the Bibliophile. It was inspired by the 1961 classic song by Neil Sedaka and created to ignite fun bookish discussions among readers and bloggers.

Each month we get a new theme and choose our favorite book for the theme. The participants get to vote for their favorite.

The other fun piece to The Calendar Girls group is the Twitter chat. On the 3rd Sunday of each month, at 8 p.m. EST, Katie and Adrienne will host a chat with hashtag #CGBChat, where everyone can participate and gif away. They will get the ball rolling by asking a question or two about the theme or the picks of the month to get everyone chatting. The hashtag will be used in all tweets, so you can see all the fun!

I won’t be able to attend the chat due to the time zone difference but I do intend to participate in the meme!

This month’s topic is Not Quite The End: Favorite middle book in a series. 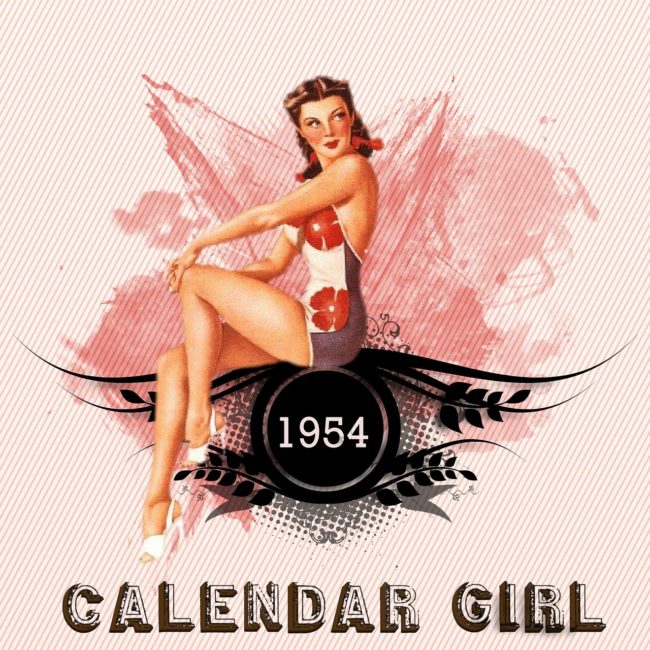 Well for once it is a tie! So I will let Adrienne or Katie choose which book they will add in the poll by the end of the month. Coward? Who, me? Nooo just …undecided. 😀

My favorite “books in the middle” both come from Sarah J Maas series! 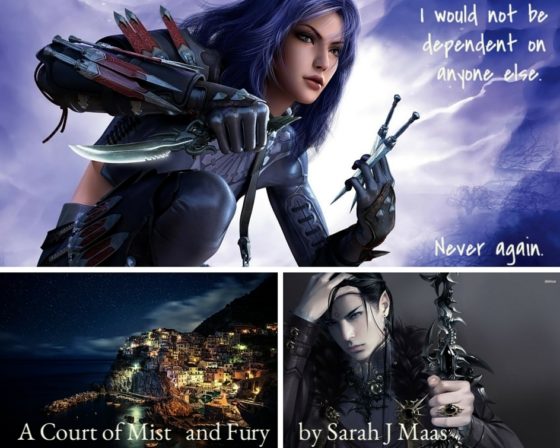 Why do I find this book is the best from the three? Because this is a “pivot” book. This is the book where the love interest shifts and where Feyre really becomes who she was meant to be. It was like a butterfly emerging from its chrysalis.

She had been destroyed and now has to conquer her fears. Overcome her trauma. And become the formidable heroine she’ll end to be.

This is also the book where Rhysand retained his mystery and appeal. Where the chemistry and attraction are rampant before exploding in a firework. In the last book Rhysand was still amazing but he had lost his aura of mystery that shrouded him in the second book.

Here is some of what I wrote about this book:

“Prepare to be shocked and shaken as you won’t recognize Feyre in the beginning of the story, neither will you recognize Tamlin. The vibrant and defiant girl is now only a shell of herself, even if her rebirth granted her unexpected powers. She does not find her footing. She wants to be a part of Tamlin’s life, help with the village restoration, go on patrols but he does not want to risk her life, denying her any freedom. She also is eaten alive by guilt and daily nightmares. She took lives in her battle Under The Mountain and does not forget nor forgive herself. It’s slowly poisoning her soul. ”I Killed them.” I hadn’t said the words aloud since it had happened. “It should have been me”.

Fortunately, the author is not known for writing weak female characters and Feyre will rise stronger than ever, an “improved” version of herself but she really had me worried!

Her salvation unexpectedly came from Rhysand.” (…) “The author truly made me fear the worst before righting my world again, giving me a fantastic surprise with Rhysand. I’m in heaven when writers trick me in such a way, completely reshaping my perception and understanding of the main characters.

I felt so many emotions reading this sequel: despair and pity when Feyre was lost, anger when Tamlin locked her up, hope and joy when Feyre mastered her skills or found a new family, glee when Rhysand baited and taunted her, fear so many times as Feyre barely escaped death (another of Sarah specialty) and HUGE FRUSTRATION for this Hell of a CLIFFHANGER!!!!”

My second choice today is Heir of Fire from A Throne of Glass series. 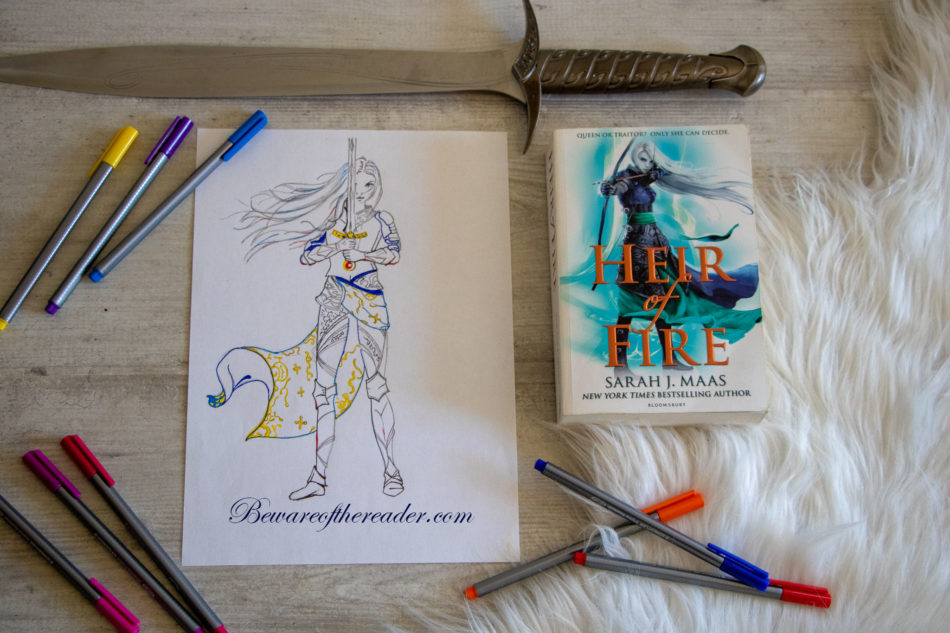 This is the third book in a series of seven so I guess it makes it kind of the middle book.

Why do I think this is the best book?

Once again because this book is a turning point in the main character’s development.

This is the book where Aelin will become a Fae and ascend her powers.

This is also the book where she will meet her mate, Rowan. I loved how they began if not hating at least antagonizing each other to be followed by Aelin winning Rowan’s admiration and respect.

This is the book where we are introduced to the villains of the story with Maeve and Erawan. Where we discover the Valgs demon. And there is Manon!!!! She is making her debut in this book.

This is where Aelin meets the Cadre, Rowan’s fellow fae warriors. Where she’ll find her sword. Where she will truly become who she was meant to be: a Fireheart.

“10 stars! Epic, brilliant, dark, thrilling… this is the third installment and it gets better and better. Lots of new characters and I loved them all, even the “bad” ones (Manon). My only problem is the next one can’t come soon enough!”

“All she knew was that whatever and whoever climbed out of that abyss of despair and grief would not be the same person who had plummeted in.”
― Sarah J. Maas, Heir of Fire

Now tell me: which of these two books should be the one to enter our monthly poll? And which book would you choose as the best of the middle of a series?