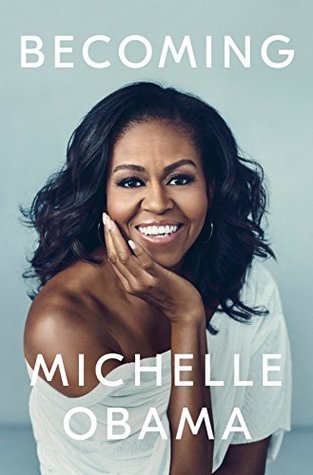 An intimate, powerful, and inspiring memoir by the former First Lady of the United States.In a life filled with meaning and accomplishment, Michelle Obama has emerged as one of the most iconic and compelling women of our era. As First Lady of the United States of America—the first African-American to serve in that role—she helped create the most welcoming and inclusive White House in history, while also establishing herself as a powerful advocate for women and girls in the U.S. and around the world, dramatically changing the ways that families pursue healthier and more active lives, and standing with her husband as he led America through some of its most harrowing moments. Along the way, she showed us a few dance moves, crushed Carpool Karaoke, and raised two down-to-earth daughters under an unforgiving media glare. In her memoir, a work of deep reflection and mesmerizing storytelling, Michelle Obama invites readers into her world, chronicling the experiences that have shaped her—from her childhood on the South Side of Chicago to her years as an executive balancing the demands of motherhood and work, to her time spent at the world’s most famous address. With unerring honesty and lively wit, she describes her triumphs and her disappointments, both public and private, telling her full story as she has lived it—in her own words and on her own terms.

Warm, wise, and revelatory, Becoming is the deeply personal reckoning of a woman of soul and substance who has steadily defied expectations—and whose story inspires us to do the same.

This was my first audiobook ever and I listened to it for 18 hours!

If I would have to recommend reading the book or listening to it I would go for the audiobook as Michelle herself narrates her own story.

I always find audiobooks weird because the voice does not match my idea of the characters but here, it was like having tea with Michelle and listening to her talking about her life.

First I must confess that I miss “them”. Barack and Michelle.

They were exceptional in my eyes but of course I am not living in the US so maybe others won’t agree. This is Michelle’s story and obviously some of Barack’s too as she was talking about him and her family.

In this book we get to learn much about her childhood, her dedication to study and become someone. Her fight for what she thought was right. Her life as a spouse to a man often absent as he worked really hard and late. Her life as a mom and her concerns for her own kids but also kids in general.

We learn that Michelle does not come from a wealthy family but certainly from a loving family. She was the daughter of a very courageous and exemplar man as her father never complained even when illness hit him hard for a very long time.

Little Michelle dreamt of becoming a pediatrician. She was the straight A student, dedicated to her studies but she could punch mean girls when necessary (literally). Atta girl!

Years and years later when she worked for a law firm she did not look for romance or a serious relationship. She had dreams and a career path to follow.

I loved and laughed when she talked about meeting Barack for the first time.

He was a student and had an internship in her firm. He was rumored to be a prodigy and all the women in the firm found him “cute” from his picture while Michelle was totally unimpressed and thought he looked like a nerd or a geek. Cue the smile here!

She had been tasked with ensuring Barack had a great time in the firm and they soon worked really perfectly together.

The first time Barack proposed a relationship she thought he was joking! But he said they made sense. Honestly it was not the most romantic proposal! But it fit them both.

Of course feelings followed and they soon formed a really loving couple.

I also loved reading about their travel to Kenya to visit Barack’s grand-parents. Michelle thought she was a giant!

But all was not pink in her story.

I was really sad when I learned about the death of a friend. I also discovered their struggle to have kids. The loss of their first baby when Michelle miscarried.

You also learn that Michelle, like countless women, had to make choices and put her family first. With Barack’s long working hours, someone had to step down and be present for the kids. Michelle was and is a brilliant woman. She could have had a brilliant career but chose a job that she loved yet left her time to care for her family.

From workaholic she went to working mom.

And as women we all know what that means.

She was not resentful and never regretted her choice as she admired Barack and loved her daughters. It simply was.

I also loved learning about Barack’s career and political choices. To know that he had to wait for Michelle to realize how gifted he was, all that he could make happen and represented to give him the all clear to run for presidency.

All that had to be done when you run for the election was fascinating. I lived once again the rise of Barack.

I loved to see how Michelle did great in a small crowd but did some faux-pas in bigger crowd because as much as Barack had a team to “train” him, to “polish” him, no one had at that time taught Michelle the intricacies of being the “plus one” of a candidate.

Michelle confessed that it was painful to give up control over her own life but it was necessary for their survival.

There is also that super cute moment when Barack had won the election and his daughter, seeing no cars and no one on the streets (security had of course cleared them of people) told that “Daddy I think no one is coming to your party”.

Michelle also realized really soon that there is no handbook for becoming a first lady to the US.

It’s that weird position where you have no salary. But you are the side car to the US president.

She had to create her function. Be who she wanted to be: someone who matters. Someone who makes a difference. She chose to fight obesity among kids. Helped by others they soon improved the meals in big fast food chains among many other actions. She and Barack always tried to involve kids. To invite them for Easter celebration. She also was close to many army wives and tried to help. Her heart broke when she visited other countries and realized girls had no access to education. Getting an education was what had allowed Michelle to rise above. It was so important and so dear to her heart.


An other very interesting thing that I learned was all the protection around the presidential family. Their code names. The doctor always close to the president. The compatible blood always ready to be used in case of emergency.

That protection asked for some time to get used to and you will listen to a very interesting scene with a visit to a wild animals shelter….

Michelle was honest. She was matter of fact. She seemed very close to every woman with her battles and concerns as a mom and as a wife. She was graceful as she’s been all along Barack’s presidency. 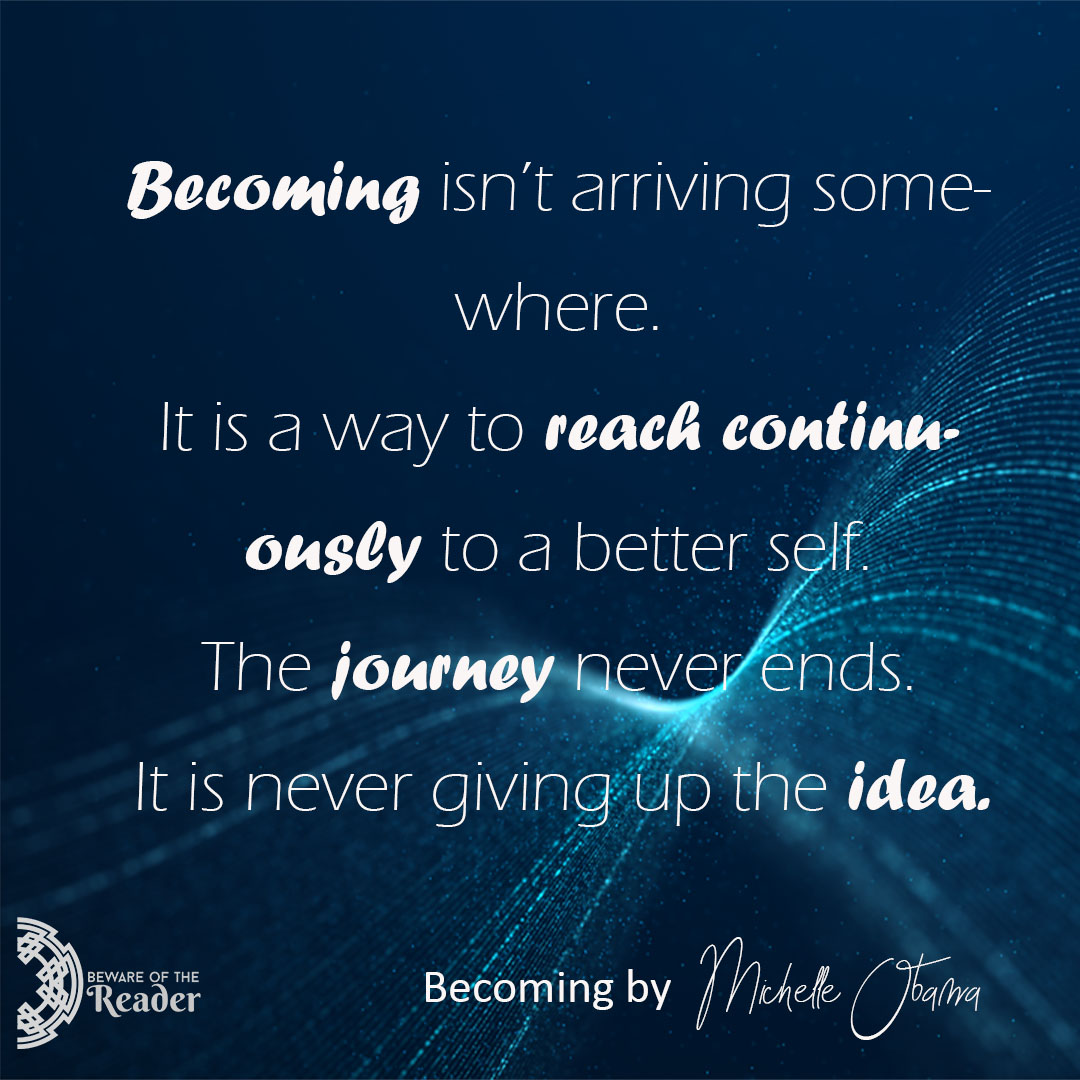 “To me, becoming isn’t arriving somewhere. It is a way to reach continuously to a better self. The journey never ends. It is never giving up the idea”

And she concluded with a “let’s invite one another” because meeting others different from us maybe we can do less assumption.

I absolutely loved every moment of that audiobook and really recommend to listen to it instead of reading it (and I won’t say this often I think!).

Time to chat! Have you read or listened to the book? Do you miss her too? Do you read biography?