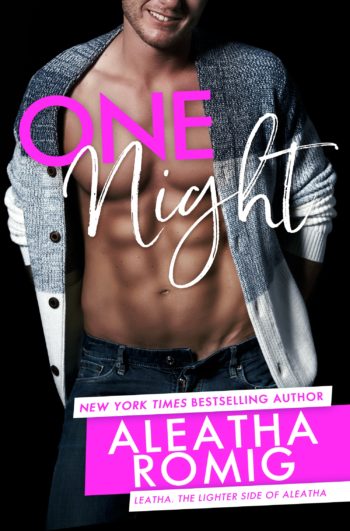 One night to remember

Is that too much to desire?

One night for fun, passion, and a chance to remember what it’s like to be a woman.
I’m not looking for love.
There’s a man in my life who loves me with all his heart. He has beautiful blue eyes, is three feet tall, and calls me mommy.
He’s my whole world and I’m his. Fate stole his daddy way too soon.
What would happen if I allowed fate another chance, just for one night?

One night to help a friend

Why did I agree to this?
Blind dates are disasters. If I weren’t helping the friend of a friend, I wouldn’t go.
I’m not looking for romance, love, or even a one-night stand.
After all, the man my friend knew is gone. I’m no longer the hockey star known for his “pep” on the ice and in the sack. I have a new life, and a new career—a new passion. I’m not looking for more.
When the blind date is a bust, could fate change everything?

One night doesn’t end with a kiss—it begins with one.

Be ready to laugh, cry, and fall head over heels as you meet Leatha, the lighter side of Aleatha in this new sweet and sexy stand-alone romance, ONE NIGHT.

When we finally pull apart, before I can speak or even contemplate what happened, Malcolm’s blue eyes shine down on me, taking me in and reading me.

His voice rumbles through the background commotion of the bar. “You taste like sweet wine and smell like perfume and desire.”

Warmth fills my cheeks. “You taste like good beer.”

He lifts my chin, bringing his indigo eyes into focus. The room disappears, making those blue orbs all I can see.

“I’m a connoisseur,” he says as his thumb gently rubs over my bruised lips. “And you, beautiful Mandy, if you were a beer, would never be a cheap one. No, you’re a rich custom craft brew. I see it in your eyes, feel it in your touch, and smell it in the air. Kissing a stranger isn’t something you do, is it?”

I try to move my eyes away, but Malcolm’s grip of my chin is unrelenting. Meeting his gaze, I reply, “No. I won’t even bore you with how long it’s been since I’ve kissed a real man.”

“Boys. Well, only one actually.”

“You kiss boys…” And then, as if the reality of his statement hits home, he asks, “You have a son?”

My heart flutters, its speed increasing by the second. “I do, but I don’t want to talk about him. Not because he isn’t important for he is—he’s my world—but because tonight isn’t about him. It’s about me.” I can’t gauge Malcolm’s reaction. I can only guess that he’s assuming that I’m some needy woman trying to get a man to take on the responsibility of a kid who isn’t his.

I reach out and splay my fingers over his chest. His heart is beating to match mine. “I don’t want to talk about him,” I continue, “because he’ll never know about you—I’ll never tell him and never introduce you. Don’t worry. I’m not after a man to rescue me. I’m perfectly content with my life as a mother. I just wanted to remember what it felt like to be a woman…for just one night.”

I shake my head. “Stop. That doesn’t matter.” It’s then that I notice the filled glasses on the table and laugh. “When did the waitress come?”

Malcolm bows his head until our noses touch. He inhales deeply, his eyes closing as his hand falls to my lap. “I’d say just after you.”

“Then we need to do something about that.” He looks again at the full glasses. “I think the drinks came while my tongue was busy getting to know your sweet mouth.” His hand splays over my thigh.

“You said you want one night. One night doesn’t end with a kiss. It begins with one.”

Aleatha Romig is a New York Times, Wall Street Journal, and USA Today bestselling author who lives in Indiana, USA. She grew up in Mishawaka, graduated from Indiana University, and is currently living south of Indianapolis. Aleatha has raised three children with her high school sweetheart and husband of nearly thirty years. Before she became a full-time author, she worked days as a dental hygienist and spent her nights writing. Now, when she’s not imagining mind-blowing twists and turns, she likes to spend her time a with her family and friends. Her other pastimes include reading and creating heroes/anti-heroes who haunt your dreams!

2017 brings Aleatha’s first “Leatha, the lighter side of Aleatha” with PLUS ONE, a fun, sexy romantic comedy.

Aleatha is a “Published Author’s Network” member of the Romance Writers of America and PEN America. She is represented by Kevan Lyon of Marsal Lyon Literary Agency.

One Night is a story written by the lighter, sweeter side of Aleatha Romig.

In One Night you won’t have twisted and commending males manipulating the female character. You won’t have a complicated plot either or millionaires.

One Night is a very sweet story about real characters who battle in the day to day life.

Mandy/Amanda is a young widow trying to raise her five years old son the best she can. She has an incredibly supportive family and a very good best friend. She also has a difficult boss nicknamed De Vil and is contstantly struggling with work and her want to do what’s right by her son.

She is worried about him. Does she have the right to have some fun and let him with his doting grand- parents?

She even never imagines settling with someone else one day. What is his son loved that person and said person disappeared? Imagine the heartbreak!

In a few words; Mandy is real. She could be every mom on the planet. You, me, your neighbor.

When Sally her best friend pushes her to accept a double date with her husband’s friend Pep she really needs to be coerced into it. Her friend and husband never show and she has one memorable night with a sexy stranger Malcolm.

One night that’s what she wanted.

For one night she would be a woman again not purely a mom.

But it was such a great night. And Malcom is so perfect And…

Well you guess where this will go. 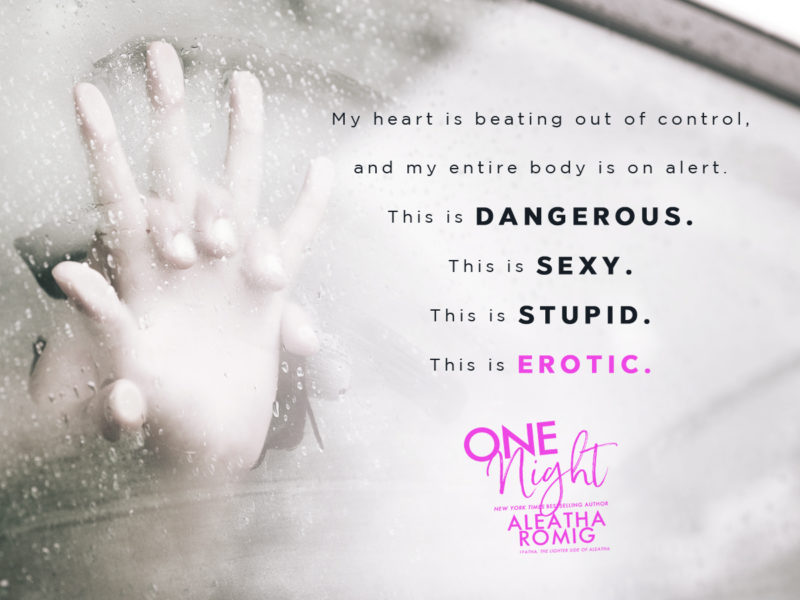 Malcolm was really the perfect boyfriend. Never bossy, never controlling. Gently urging her sometimes as he wanted more with her. He acted with Mandy like you would with a skittish doe: patiently. He knew and understood her need to protect her son. He even admired Mandy for this.

Now let’s be honest: he was too sweet for my taste. I would say in real life I would fall in a heartbeat for a guy like him. I would supplicate the guy to marry me because he was perfect.

In my books though it’s fantasy and I like them a little commanding.


Mandy is very easy to connect with as her concerns are every mother’s concerns.

But again I wanted her to be lighter sometimes and stop worrying so much. I know this is contradictory as you could say I’m a Mandy and I did get why she acted like that. Once more this is a book and I wanted something slightly different.

These are the sole reasons why I did not give this book more stars. Purely because I needed something a tad more complicated or gritty.

Would I recommend this book? Of course if you are a fan of very sweet and lovely stories.