She’ll defy his every expectation.

She’s the woman I met in a bar in Vegas.
The woman I illegally BASE jumped for.
The woman I spent one insane, incredible night with.
But now I’m screwed.
Or rather…not screwed.

Because the woman I can’t get out of my head is the one woman I can never touch again.
I’m Dr. Cruz Delgado—the youngest professor on this campus,
And Penelope Carstairs just walked into my class. 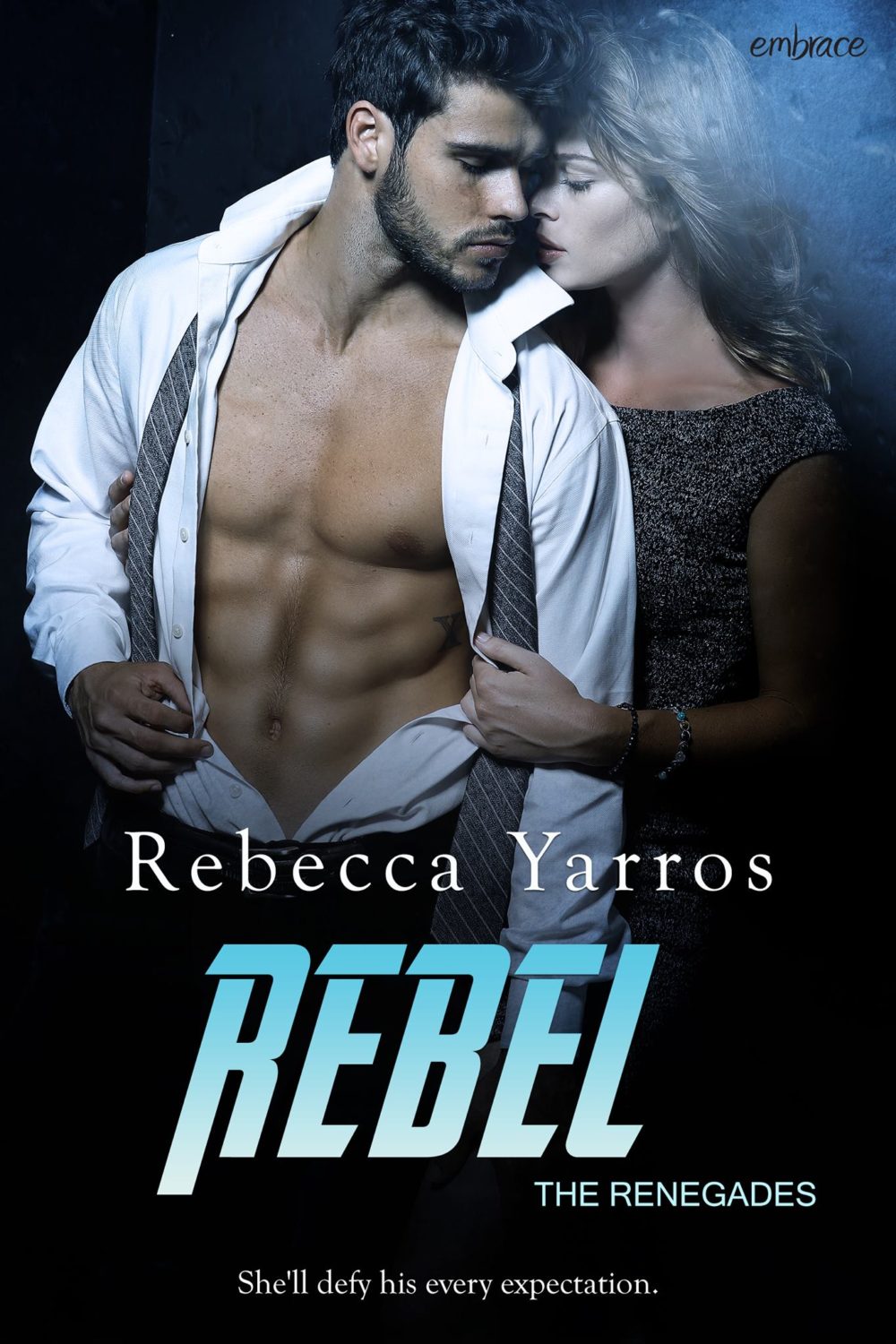 This is the epitome of a very good romance story. The character cast was fantastic! The plot had just the right balance of (slightly) forbidden romance (teacher/student), great friendship and coming to terms with some inner guilt and bruised past.

First of all: I love Rebel!

I’m a reformed tomboy. You know the kind to climb trees, make stunts with the boys on her skateboard. The only girl allowed at playing football (pardon, soccer) with the boys at school. The one who never backed away from a challenge and knew how to use her fists against boys if need arose.
So Rebel being the only girl in a bunch of daredevils touring the world to make crazy stunts more dangerous than the former ones was my kind of girl! Did I dig that chick!

Second: Cruz is the perfect boyfriend.

Seriously he is not only drool worthy all lickable abs, happy trail, dark hair and something eye but he is incredibly supportive. He fell for Penelope/Rebel and her crazy job but will never try to cage her or put any blackmail hoping to have her stop her dangerous activity. He will band her injuries, demand to study the projected stunt to better advise the technicalities and security measures…and worry till it’s done but never stopping her. He knew the stunts were part of her personality. Rebel is who Penelope is.

Let’s put some order to this review now.

This book is part of a series and it would probably be best to read the other books first but that’s not what I did. I read it as a standalone and got the gist of the other books without too many difficulties. It certainly did not deter me from my pleasure!

As already said Rebel is a twenty something woman part of a band of daredevils. Pax, Landon, Nico and Penelope are the “Originals”. The firsts to have created this group of adrenaline junkies. They know each other since childhood and now have made their stunts into a business, gathering other “Renegades” with them and a huge fan base.
In the previous book a drama happened and Rebel has been physically and morally wounded.
She now is trying to go back in the saddle and the story opens on Penelope convincing a stranger met in a bar at Vegas to pull a BASE jump from a Ferris wheel.

She needs to prove she can do stunts again. Not to others, well that too, but to herself first. 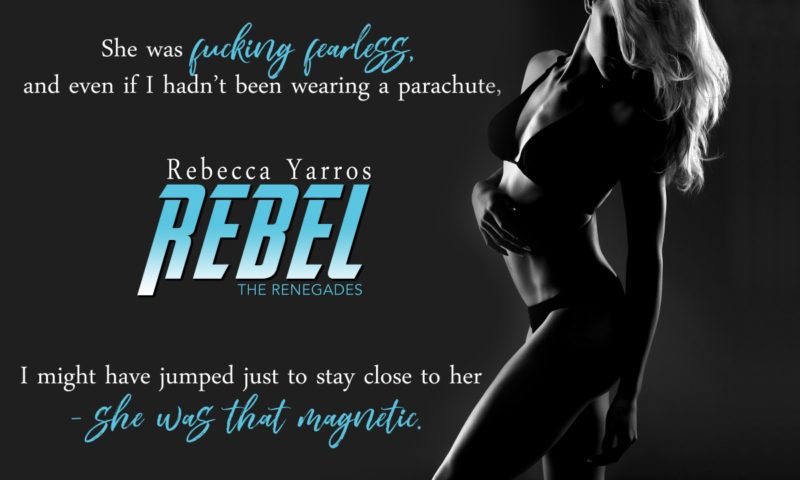 The story revolves around a forbidden romance but also around Rebel’s journey to rebuild her confidence and self-esteem. I really liked her determination, her dedication. She wants to claim back that brazen part of her that’s been missing. You have to admire the girl as she is one strong willed heroine!

The forbidden romance aspect happens when Rebel’s new teacher is none other than the mysterious stranger: Cruz.
Of course they’ll try to resist their attraction but the chemistry is too strong! She could ruin Cruz’s career and he desperately needs to teach on that ship for personal reasons.

Oh yes, I forgot to tell that Rebel and her friends are touring the world in a cruising ship, busy getting their college degree thanks to in house teachers. How cool is that right? Being taught on a boat cruising the oceans. Yes sign me in any time!

I really loved witnessing the blossom of their love. How perfect they were for each other forbidden aspect aside. Nothing wrong had ever felt so right!

I loved the friendships with Pax, Landon, Rachel, Leah. Learning the technicalities of the stunts was very interesting and following that strong girl on the path of her recovery was inspiring.

So would I recommend it? YES if you’re a fan of romance without too much angst with swoon worthy character and in need of a kickass heroine.