Today I am happy to take part once again to our yearly event “Meet Your Next Book Boyfriend” organized by Amy (Foxy Blogs) and Angelica (Collectors of Book Boyfriends).

This is just a bunch of bloggers friends who decided to pimp their book boyfriends (figuratively of course) and show you why they are so great!

You can find all of us below in the tour line up!


Add to the fun that you can win a $25 Amazon Gift Card and you are in for a treat! The giveaway is at the end of this post…

This year I chose Rowan Whitethorn as my book boyfriend!

Yes that badass fae royalty from the Throne of Glass series by Sarah J Maas.

I know many pin for Rhysand (me included) but Rowan is in a class of his own!

I got back to the first meeting between Rowan and Celaena because I think you never have a second chance to make a first impression.

Here is Rowan as she saw him first:

“The man-male-down the alley was Fae.

A Fae male was prowling toward her. Pure, solid Fae.

Tall, broad-shouldered, every inch of him seemingly corded with muscle, he was a male blooded with power. He paused in a dusty shaft of sunlight, his silver hair gleaming.

As if his delicately pointed ears and slightly elongated canines weren’t enough to scare the living shit out of everyone in that alley, a wicked looking tattoo was etched down the left side of his harsh face, the whorls of black ink stark against sun kissed skin. (…) As she reached into her cloak for her own hidden dagger, she realized he might have been handsome were it not for the promise of violence in his pine-green eyes.(…) He moved with lethal grace and surety, scanning the alley as if he were walking onto a killing field.” 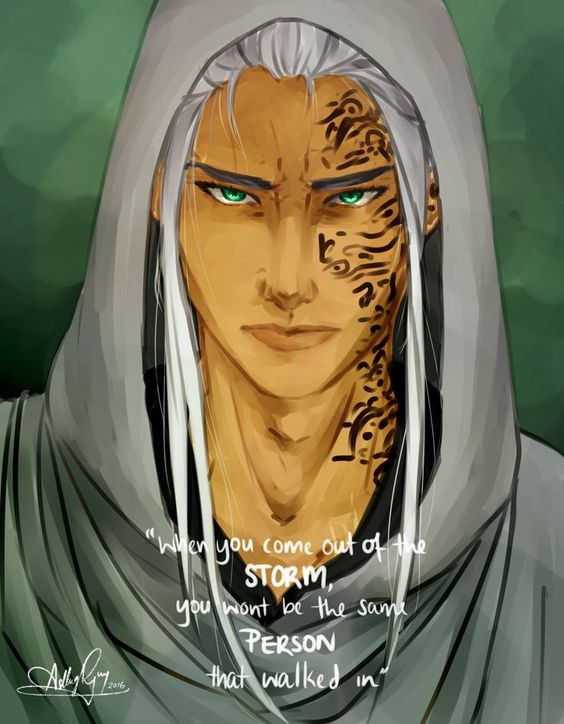 Now do tell me if your ovaries did just not explode!

But Rowan is much more than a lethal hot bod!

He is powerful but what I really loved about him was that, just like Rhysand, he never tried to boss Celeana. He never tried to stop her. He trained her hard. Indulging nothing. She had no free pass.

“Gods, he was brilliant. Cunning and wicked and brilliant.
Even when he beat the hell out of her. Every. Damn. Day.”
― Sarah J. Maas, Heir of Fire

Be cause he respected Celaena!

He was powerful beyond anything but he considered her as his equal if not more.

And I love a man who empowers his woman!

Then when something happened to Celaena (not going into specifics) he never stopped looking for her. He was relentless and dedicated.

Because she was HIS!

And a man protects his woman. Always.

And when a man tells you this, how can you not fall for him?

“I spent centuries wandering the world, from empires to kingdoms to wastelands, never settling, never stopping—not for one moment. I was always looking toward the horizon, always wondering what waited across the next ocean, over the next mountain. But I think … I think that whole time, all those centuries, I was just looking for you.”
― Sarah J. Maas, Queen of Shadows 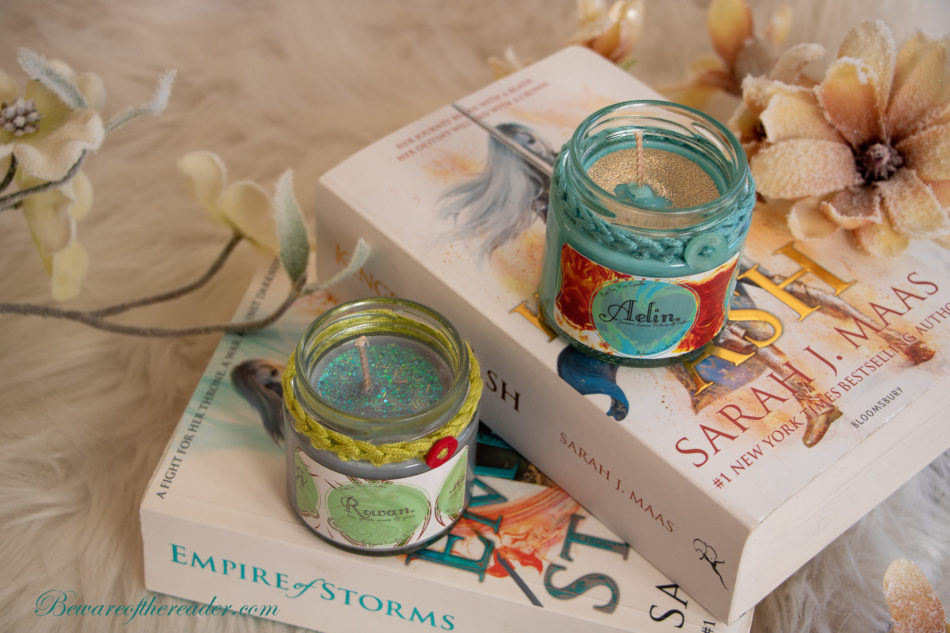 So what do you think of my choice? Who would YOU choose as book boyfriend?