Like last year,I am participating and even co-hosting with Amy @foxyblogs and Angelica @collectorof bookboyfriends this event!

As I read young adult AND adult books, I had a hard time choosing only one book boyfriend so you’ll get two posts!

Today is about Young Adult bookboyfriend (even if he is a young man) and in a few days, you’ll get one for adult romance!

First things first, you an find the tour lineup HERE.

My choice today is Nikolai Lantsov from the Grishaverse universe by Leigh Bardugo with the last book being King of Scars!

I fell head over heel in love with Nikolai, so much that I just had to make my first custom funko (see below).

But who is Nikolai Lantsov and why do I love him so much?

Nikolai Lantsov is the current king of Ravka. He was first introduced in the series as Sturmhond, a powerful privateer.

Privateer as in captain of a ship, then king…what’s not to like right?

Not only is Nikolai very handsome, tall, blond, hazel eyes, muscled but he is also a charmer and has mastered the art of bantering! He is cocky and can appear brash and that gives us the best retorts with among others, Zoya.

“Never has a gift for pining,” Nikolai said. “Though I do like to show off my profile by staring mournfully out of windows.”
― Leigh Bardugo, King of Scars

Nikolai is really someone that I love and admire. We learn so much about his past, how he was as a child, how his parents and tutors despaired of him.

“There had been a time when words had been the only place he could find solace. No book ever lost patience with him or told him to sit still. When his tutors had thrown up their hands in frustration, it was the library that had taught Nikolai military history, strategy, chemistry, astronomy. Each spine had been an open door away whispering, Come in, come in. Here is the land you’ve never seen before. Here is a place to hide when you’re frightened, to play when you’re bored, to rest when the world seems unkind.”

He is a good man and a good king. He truly cares for his people, for Ravka. He loves his people and would sacrifice everything to protect them, even marry without love (but I hope this ship will sail soon).

And God! Is his mind brilliant! He is smart. But more than your average smart he is brilliant! His mind never shuts down and he can outmanoeuvre  nearly everyone.

I hope for another future than what he chose at the end of King of Scars. Yes being a monarch asks sacrifices but I want him to be happy!

Nikolai has also been “cursed” or enchanted by the darkling and a monster lives under his skin. He’ll try everything to get rid of it.

“ Remember who you are. Nikolai knew. He was a king who had only begun to make mistakes. He was a solider for whom the war would never be over. He was a bastard left alone in the woods. And he was not afraid to die this day.”
― Leigh Bardugo, King of Scars

See why I love him so much?

And I am so happy that you have tons of fanart about Nikolai, one of my favorite being drawn by Allarica and you can find it on RedBubble like this print (click on the picture and you’ll land right onto it on Instagram) 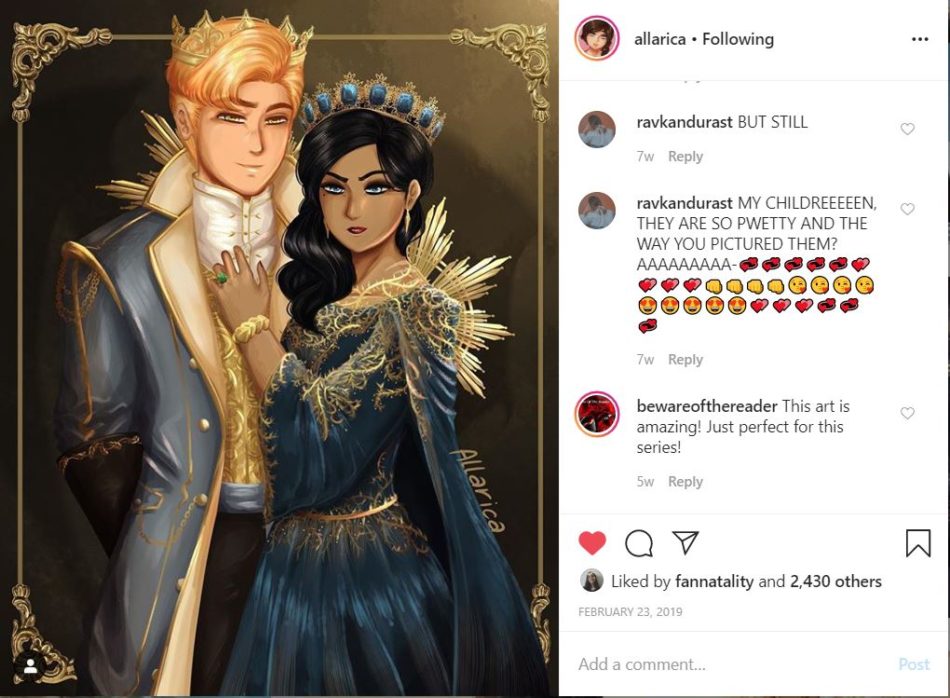 If you love it you can buy this on REDBUBBLE HERE.

And I told you that I had made my own Nikloai Funko right? Well here it is! 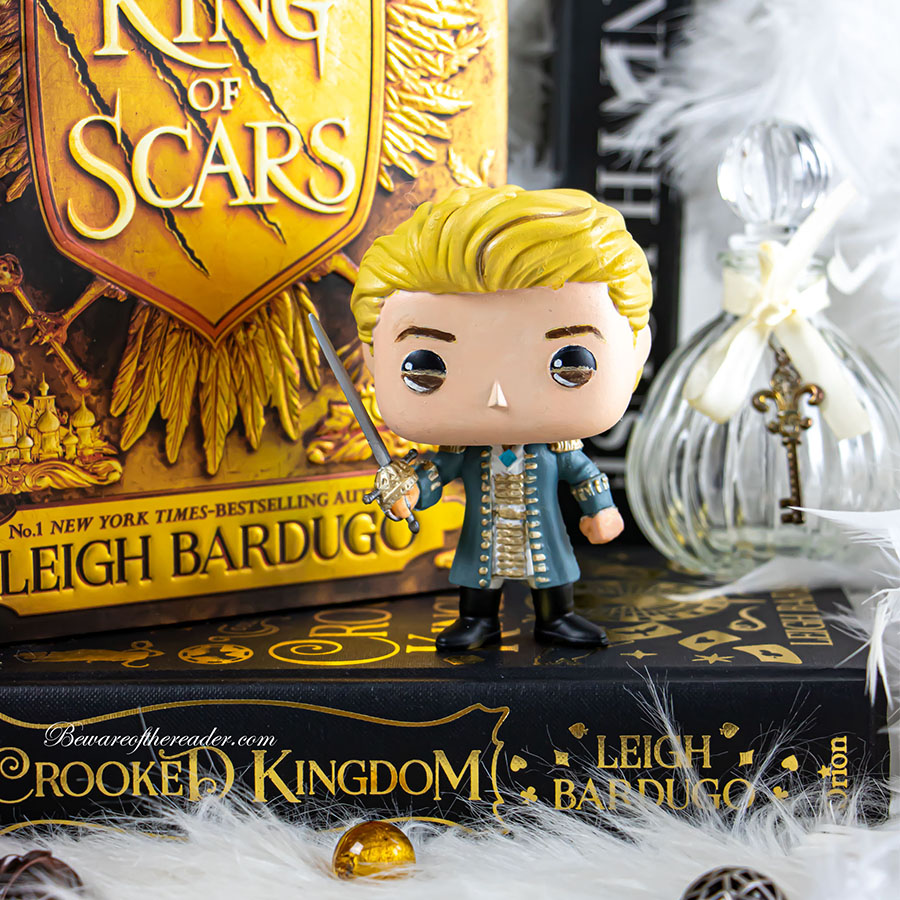 And last but not least, the GIVEAWAY

See you in a few days for my second Book Boyfriend!

Now do tell me: did I convince you? Who is your favorite YA book boyfriend?