Brittainy Cherry’s Newest Release: The Wreckage of Us 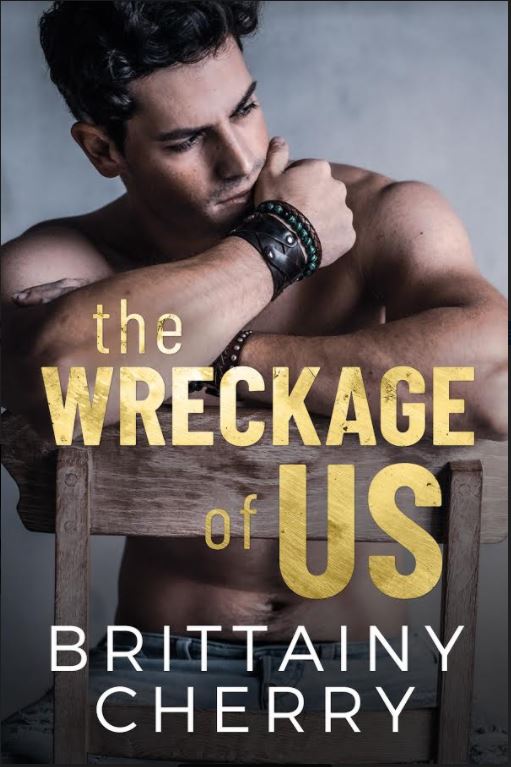 The Wreckage of Us takes place in the inauspicious town of Eres, Nebraska. Not exactly a place where happily-ever-afters are made. What made you choose this setting?

I wanted to tell a story about a small town that was overlooked by the world as a whole. Most people would overlook a town like Eres, Nebraska, but there are still people who are living, who are loving, and who are struggling in these small towns. I wanted to show their stories, and how even though the rest of the world may not see them, that they still matter. They deserve their happily ever afters just as much as the rest of the world.

Hazel, your heroine, is newly eighteen when her criminal step-father throws her out of the house. She literally has nothing when the story begins—not even her mother’s support. What choices does Hazel make? Do you agree with them?

Hazel chooses to find a job in order to help her mother from a distance. I think she acts on impulse, not exactly thinking things through. She doesn’t get the opportunity to think far into the future, she only has right in that moment. Second by second. I do agree with her choices in a way, since she isn’t harming anyone with these choices. She is just doing her best to make it to the next day.

Forget about healing, Hazel is in survival mode. What keeps her going?

Her twisted love and care for her mother is keeping her going—along with her unborn sister. She knew what it was like to grow up in her household, and she wouldn’t want her little sister to go through those same kind of struggles. So, that pushes Hazel to keep moving forward and fighting for her family.

I believe Hazel and I both got to know Ian the same way—piece by piece. He has a wall of protection up from the world due to the trauma he experienced as a child. Being abandoned by his parents really did a number on Ian’s trust. Yet, the beautiful thing about Ian is when he loves, he loves fully. He does everything he can to make sure those he loves are taken care of. Once his pieces are discovered, he makes a beautiful complete puzzle.

Music is Ian’s whole life. He sees it as his escape, a way out of the stifling Eres, Nebraska. However, he struggles with his emotions and allowing himself to really feel the music he is making. What needs to change for him?

He needs to tap into his darkest struggles. He has to go to the edge of his anger, his hurts, and express those feelings on the page in front of him. Ian holds so much in that it becomes a creative block in a way. Once he starts breaking those walls down—with the help of Hazel—he discovers his real creativity. He finds his voice, he finds his songs. He finds himself.

Hazel and Ian are an unlikely pair. They really get on each other’s nerves and they want different things out of life. Yet despite their differences, they find a connection. What is the spark that brings them together?

I think it’s loneliness. They grew up without having the true love of their parents. And in the town of Eres, drugs are a big issue. Those drugs affected both of their parents lives in different ways, but it’s a connecting factor for them both. They are able to connect with one another because they both know what it’s like to hurt so deeply and dream of a parent’s love.

The theme of “impossible love” runs through your novels. Two people that can’t possibly make it work realize that they don’t want anyone else but each other. What excites you about these types of stories.

I think there’s something so exciting about a love worth fighting for. When the passion is given from not only one side of the equation, but both the hero and heroine know the feelings they have run deep. Sure, there are struggles, like there are in everyday life, but they know they wouldn’t want to struggle with anyone else in the world. They fight for their happily ever after, no matter what. And that, in my mind, is what makes the impossible love become possible and true. That’s what gives us the happily ever afters that we as readers crave.

Currently our country and the world are going through unprecedented crisis. The arts have become so important for people to feel a sense of normalcy. As a writer, how do you hope your story affects your readers?

I hope my stories give my readers hope. I hope it reminds them that even throughout the storms, the sun will always shine once the clouds move to the side. There’s beauty in the storms, too, if you are willing to look hard enough. There are lessons of self that can be learned, and I think my characters discover that from time to time. I just hope to showcase that this is still a time to believe in happily ever afters, and that the world’s story as a whole, is far from over. We still have so much beauty to still discover. We still have so much light to find. And those facts alone, give me hope, and I hope my stories do the same for readers. I hope I give them light.

How has our current situation affected projects you are working on now? (Any spoilers you can tell us about what is up next for you?)

I’m finding myself more forgiving of my writing pace! I fell off for a while, and found it hard to be creative, but now that I am in a groove, I am finding writing fun again. It’s my great escape from the issues around me. Words save me day in and day out, and I’m thankful for that. Up next for me is my second book in my Compass series, which is entitled Eastern Lights. It’s my first ever romantic comedy, that is filled with so much heart. I think readers are going to love getting to know Connor and Aaliyah’s story!

The Wreckage of Us Excerpt

I wandered the ranch with a notebook and pen in my hand. I kept scribbling down lyrics and crossing them out before trying again to create something better, stronger—realer. I kept drumming my fingers against each other, trying to unlock the pieces that I was missing. As I paced back and forth, a voice broke me away from my mind.

I looked up to see Hazel sitting in the rocking chair that Big Paw built for my mother years ago. I used to sit in Mom’s lap as she’d read me stories before bedtime all those years back.

There’d been times I thought about getting rid of the chair in order to forget that memory, but I hadn’t found the strength to let go just yet.

“What do you mean it’s the words?” I asked, walking up the steps of the porch. I leaned against the railing facing her.

She blinked and tilted her head in my direction. “Your words are trash.”

“The lyrics to your songs, they are complete garbage, filled with clichés and bubblegum. Don’t get me wrong, the music style and tempos are brilliant. And even though it pains me to admit, your voice is so solid and soulful that you could be a star in a heartbeat. But your lyrics? They are pig shit.”

“I think the saying is horseshit.”

“After spending weeks in a pig pen, pig shit seems to truly sum up my feelings about your music. But my gosh, your voice. It’s a good voice.”

I tried to push off her insult, and tried to ignore her compliment, too. But it was hard. I had an ego that was easy to bruise, and Hazel was swinging her punches while also speaking words of praise. It was as if every bruise she made, she quickly covered with a Bandaid.

“Everyone else seemed to enjoy it,” I replied, tense with my words.

“Yeah, well, everyone else are morons who are drunk off their minds.”

“Oh? And you think you could do better?”

She laughed. “Without a doubt.” “Okay, Hazel Stone, master of lyrics, give me something to go with.”

She gestured toward the other rocker beside her—the one Dad used to sit in.

She pressed her lips together. “Okay. Give me one of your songs. One that you know is crap but are pretending isn’t crap.”

“Lying isn’t going to get us far tonight, Ian.”

I narrowed my eyes and murmured a curse word before I began flipping through my notebook to find a song for Hazel to magically make better. “Fine. We can do Possibilities.”

“A new relationship forming. I want to showcase those beginning feelings, you know? The fears and excitements. The nerves. The unknown. The—”

“First chapters of love,” she finished my thoughts.

She took the pencil from behind my ear and took the notebook from my grip. “May I?”

She began scribbling, crossing things out, adding things in, doing whatever came to her mind. She worked like a manwoman, falling into a world of creativity that I didn’t think she’d held inside of her. The only thing I knew about Hazel Stone was where she came from, and the clothes she wore. I hadn’t known anything else, but now she was pouring herself out on the page, and I couldn’t wait to see what the hell she was scribbling.

She took a breath and handed the notebook back to me. “If you hate it, no harm, no foul,” she said.

My eyes darted over the words. “It’s possible this is forever ours. It’s possible we’ll reach the stars. We’ll fight for this, we’ll make it real. Is it possible, possible, to show you how I feel?”

“Shit.” I blew out a breath of air. “Hazel…that’s… It’s like you crawled into my head and read the thoughts I couldn’t decipher. That’s the chorus. That’s it.”

Title – The Wreckage of Us

I know I should stay away from Ian Parker.

But when my drug-dealing stepdad kicks me out, I have nowhere to go. Squatting in an abandoned shed on Ian’s grandpa’s farm seems like as good a plan as any.

Ian finds me there, of course, and he insists on me moving into his spare room. I should say no, but the appeal of a roof and a warm bed is too much. Not to mention Ian’s brown eyes and strong arms.

We’re nothing alike, but the spark between us is undeniable. My life is finally looking up.

Until I call the cops on my stepdad and unintentionally get my pregnant mom arrested.

Now I have to sacrifice my dreams to take care of my mom’s baby. She’s the only family I have left. Meanwhile, Ian’s band is taking off; his dreams are coming true.

Ian is my one chance at love. I just hope he doesn’t become the one chance that got away. 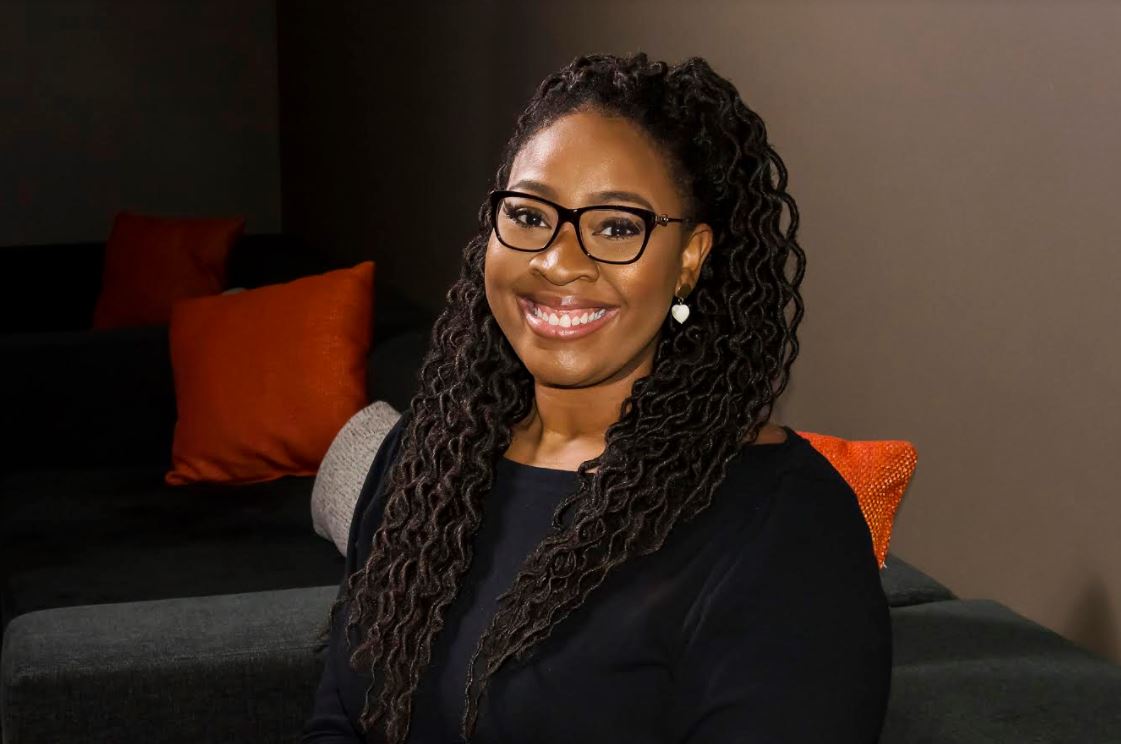 Brittainy Cherry has been in love with words since she took her first breath. She graduated from Carroll University with a bachelor’s degree in theater arts and a minor in creative writing. She loves to take part in writing screenplays, acting, and dancing—poorly, of course. Coffee, chai tea, and wine are three things that she thinks every person should partake in. Cherry lives in Milwaukee, Wisconsin, with her family. When she’s not running a million errands and crafting stories, she’s probably playing with her adorable pets.