Here comes another listicle and it seems it’s become a biweekly Friday/Saturday habit.

My trigger this time: I recently realized that my most awaited books in the coming months are all part of one or another series.

So I wondered: why do I read series?

If you think about it it’s insanely frustrating to read series. It’s masochistic even dare I say!  You know you’ll have to wait months before having your next fix. Yet you’re foolish enough to read the book and head for maybe a huge book hangover.  What’s wrong with you???

I can’t tell you the gallons of ice cream I had to eat just to ease up my frustration once I’ve turned the last page and it ended on a bloody hell cliffhanger!!!

As I’m a “half full glass” kind of girl I can see the upside of this masochistic behavior. It’s all in supporting my local grocery shop AND fitness club. Why the fitness club? Because if I don’t want to support the (not local) jeans factory and so still fit into my jeans I have to run miles on the treadmill to burn all the calories ingested on my ice cream binge. Duh!

So yes, why do I read series??? And why do YOU read series? Maybe you’re wiser than little ol’ me and wait till the whole series is published before reading it?

Other VIQ (Very Important Question): how many books can I stand in a series before being bored out? And you?

I know I have series I still have to finish and I’m in the clear now as the whole series is out but some of them I don’t want to finish. I’m sure it happens to you too but why? Cut in book budget? Need more sleeping time? The covers are too hot to read on the train and you’re ashamed? That last one is easy: buy a Kindle! No need to craft paper cover to hide FSOG anymore. I know FSOG is like a classic now but in the beginning I can’t tell you the judgemental looks and snickering people threw my way. Same if I want to read Winnie The Pooh …now no one knows!

Well, let’s tackle one topic at a time.

1)Why do I read series? Are series better than standalones?

It’s already been established reading unfinished series can cause great body pains: blood pressure skyrocketing after the cliffhanger. It’s sometimes followed by Kindle damage when you threw it against the wall. Then come the stomach aches due to excess comfort food ingestion. It all ends with achy joints after having run for hours.

Some series are really addictive! It seems I can’t have enough of some favorite characters (see below favorite series).  I want more Lada; Emma; Feyre etc. I’ve barely finished reading the book that I’m like a hounding dog searching the web for the next release date and any pre-order link. Oh my God, I’m a series junkie!!!! Where is the next support group? Hi, my name is Sophie and I’m a binge series reader.

Second reason: sometimes it’s best to split a book into several books than to rush and try to compact it all in one ginormous book.

Have you ever felt the ending was rushed in some books? Wished the author would have written some more just to end on a perfect fit? Well I did and I honestly it’s highly frustrating especially if the story was so great that you expected it to end on a high and not on a let-down.

2)Mistakes I can’t stand in series

If it’s better to sometimes split books I can’t stand series made of books so thin they would make one “normal” book together.

When it happens I always feel cheated especially if they’re overpriced. Say 2,99 USD for 50-80 pages. Sorry but after 3 to 5 books it would cost up to 15 USD for 150 pages. Totally overpriced.

Even if the author is doing a great job I’ll still resent her (him).


That’s what I felt for Reasonable Doubt by Whitney G. They were good books but I could not help the tainted feeling. 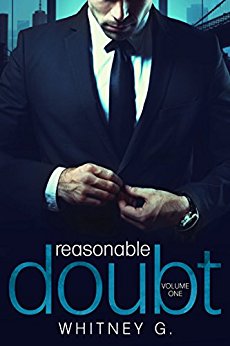 I can’t stand series meant to be trilogy and ending in “X”logy as the author is just pressured by the publishing house. I don’t speak of series that gained so many depth, interesting side characters, etc. that they became something bigger. Just the series where I feel the added books are just fillers.

That’s what I’ve felt for the Crosfire Series by Sylvia Day. I adore Gideon and loved the first three books but I couldn’t read the others as I expected three books. 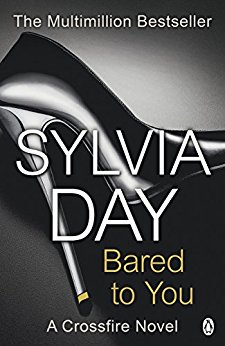 It’s even worse when it feels like the author is just dead set on making money and has no care anymore for her readers. I’ve been really shocked with how the Anita Blake series turned out to be. I adored the first books in the series but passed the 17th or 18th book in the series it became a parody. Laurel K Hamilton had no care for her readers anymore, daring to repeat whole passages (every words the same, I checked) several times in the same book! 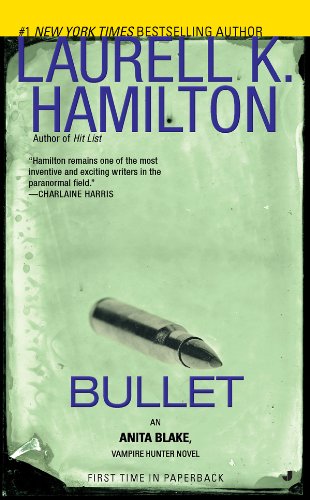 3)How many books before boring you out?

This is a tricky question as I’ve read series with 11 or 13 books and was always deeply invested. But most of the time a trilogy is the norm.

So what makes series like “The Knights of Emerald” by Anne Robillard ; “A Throne of Glass” by Sarah J Maas; “The Mortal Instruments” by Cassandra Clare and “A Game Of Throne” by JRR Martin so interesting despite their length? 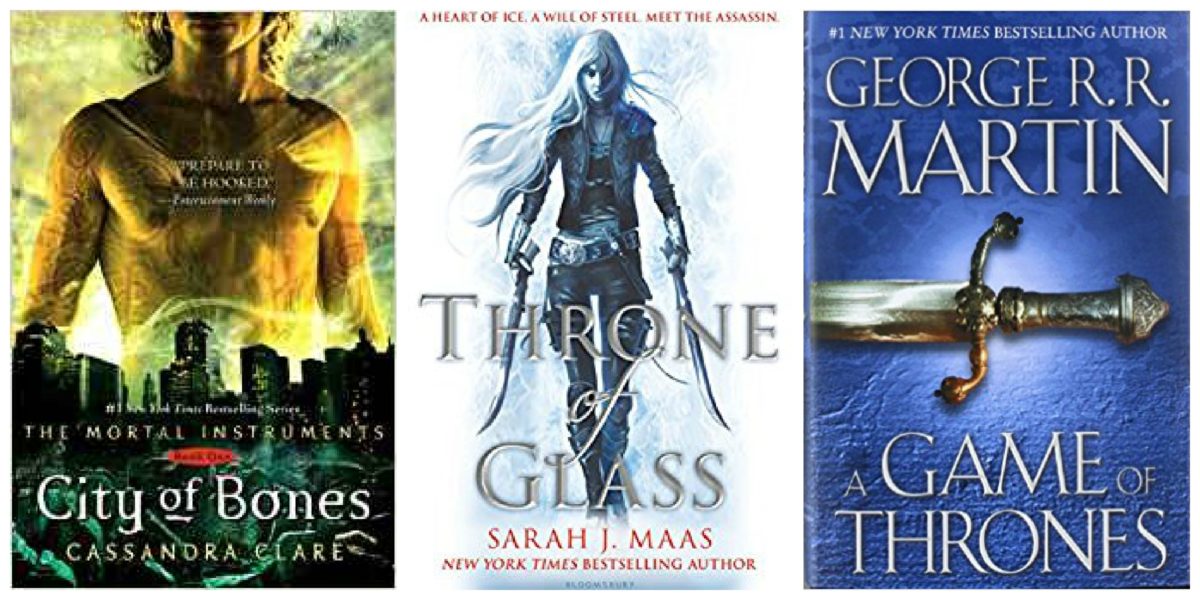 I came to the conclusion that the side characters play a huge role in the series success!

Let’s take the “Throne of Glass”: it all began around Celaena but the side characters took a life of their own and now deserve their own stories. Manon Blackbeak has become a fantastic second female main character. She has her own a fan club (I am among them). Dorian, Rowan, Elide, Lorcan… all have their own side stories helping to create a richly woven and fascinating story.

Of course the plot must keep us interested and be filled with twists and tricks. But always believable and never become too far-fetched.

The difficulty is to remain true to the characters. Even if they evolve somehow we must recognize them.  A prone example on “what to avoid” can be found in my review of The Fate Of The Tearling HERE

4)What series do I have to finish?

Some series I know I won’t finish (bored out see the Anita Blake and Crossfire here above) but others I want to finish and they’re already complete.

In no particular order I want and plan to finish: “Wraith King” by Grace Draven;  “Legend” by Marie Lu (I still need to read Champion);“Under the never Sky”by Veronica Rossi;“The raven Boys” by Maggie Stiefvater; Infedility series by Aleatha Romig. 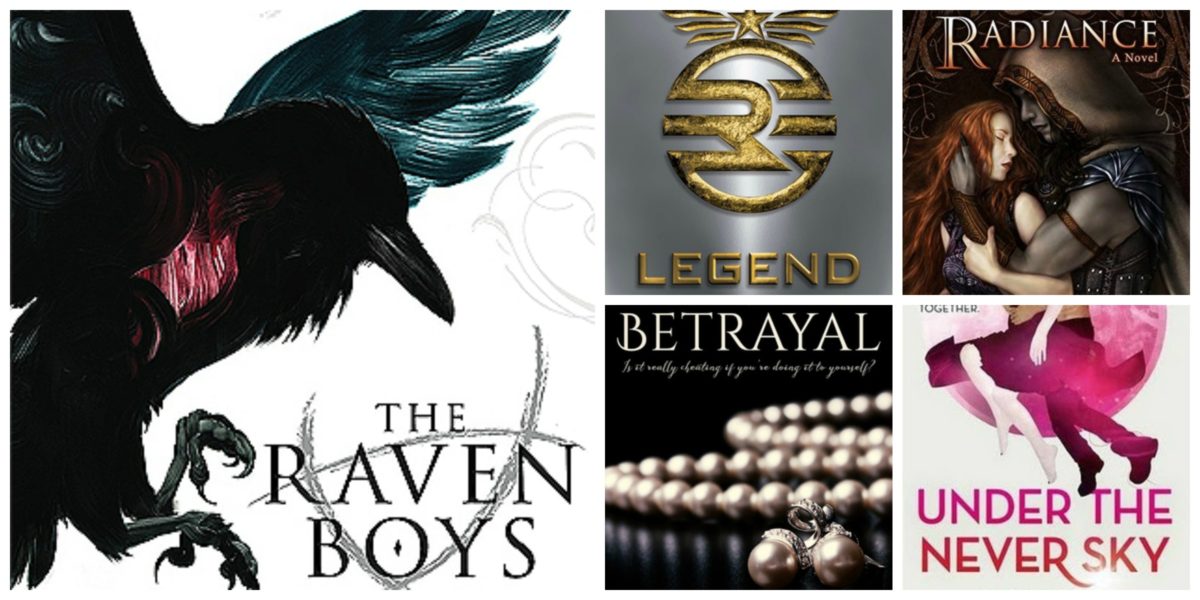 Now this is the WORST of all: incomplete series. Just for your information, my daughter had a complete meltdown when she learned the series “Throne of Glass” was discontinued after the third book has been published in French. It’s now official as far as we know: there won’t be a fourth nor fifth etc. book translated in French. And that’s just CRIMINAL!

Any good English-French translator willing to complete the series can PM me. Expect huge reward and bonus plan  😉

On a similar note it’s really, really infuriating to read the final book in a series you’ve loved so much so far, just to end hugely disappointed.

That’s what happened to me with these series: Divergent, The Fifth Wave, The Queen of the Tearling.

I ranted for hours and still could not believe the choice these authors made!!!! 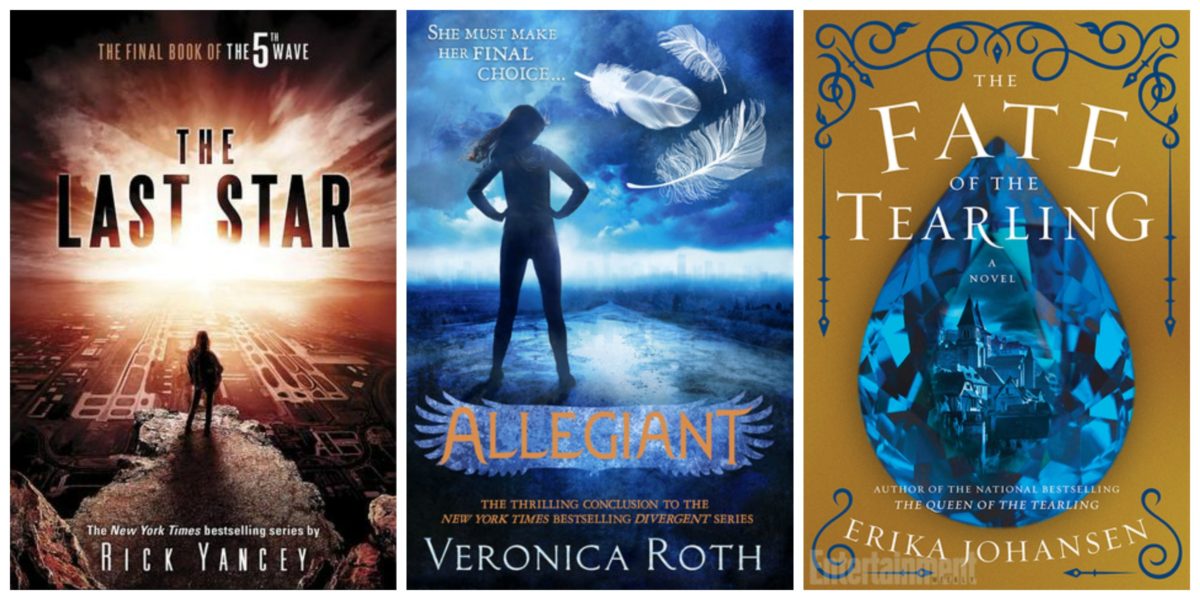 6)To end one a positive note: my favorite series

Now, my some of my favorite series and also most awaited books:

-ACOTAR series with the next book due in a few days!!!!!

-Mortal Instruments by Cassandra Clare AND The Dark Artifices with the next book due next month!!!

-The Winner’s Curse by Marie Rutkoski;

-The Darkest Minds by Alexandra Bracken;

-Shatter Me by Tahere Mafi; 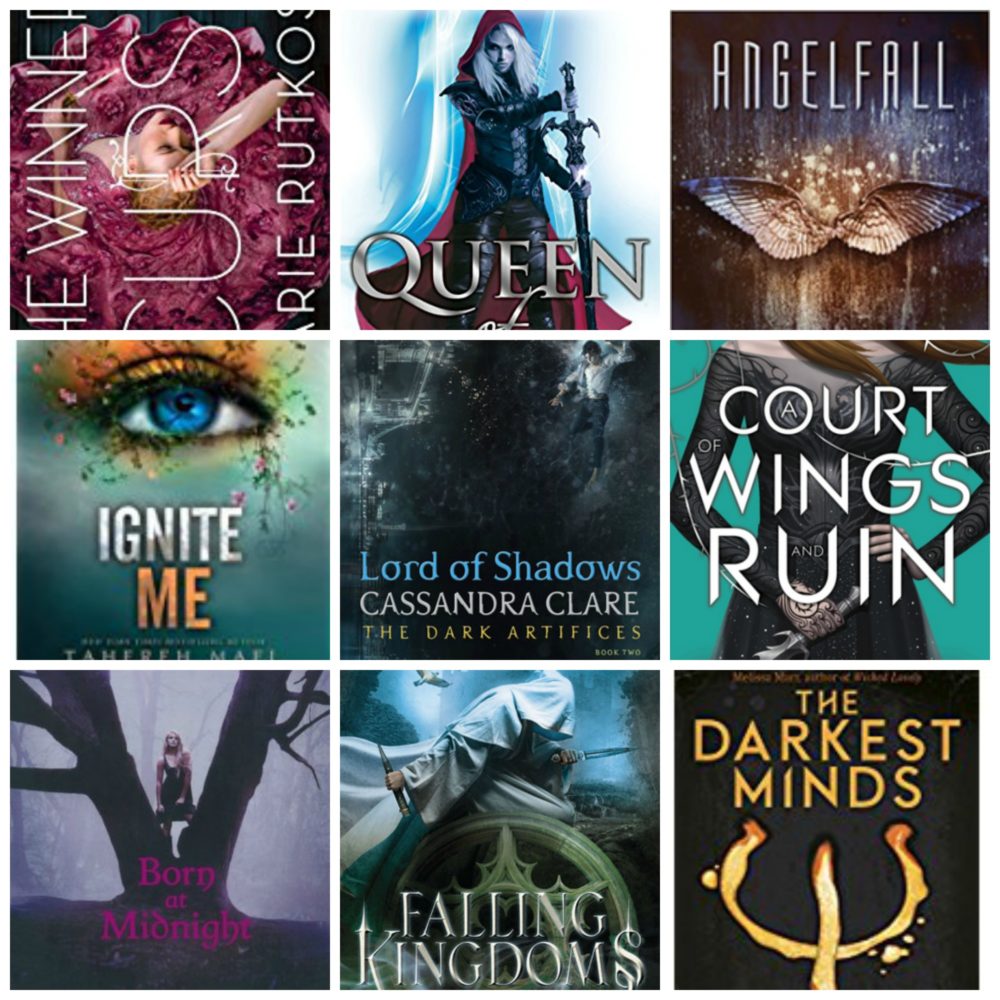 In contemporary or fantasy adult:

-Twist Me by Anna Zaires;

-This Man by Jodi Ellen Malpas; 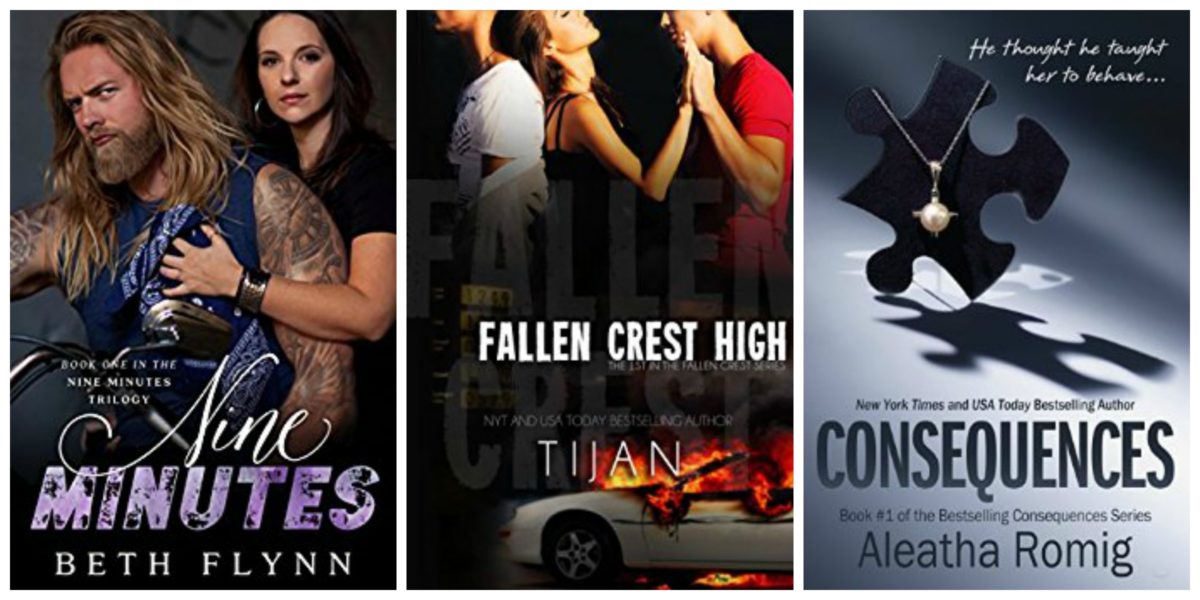 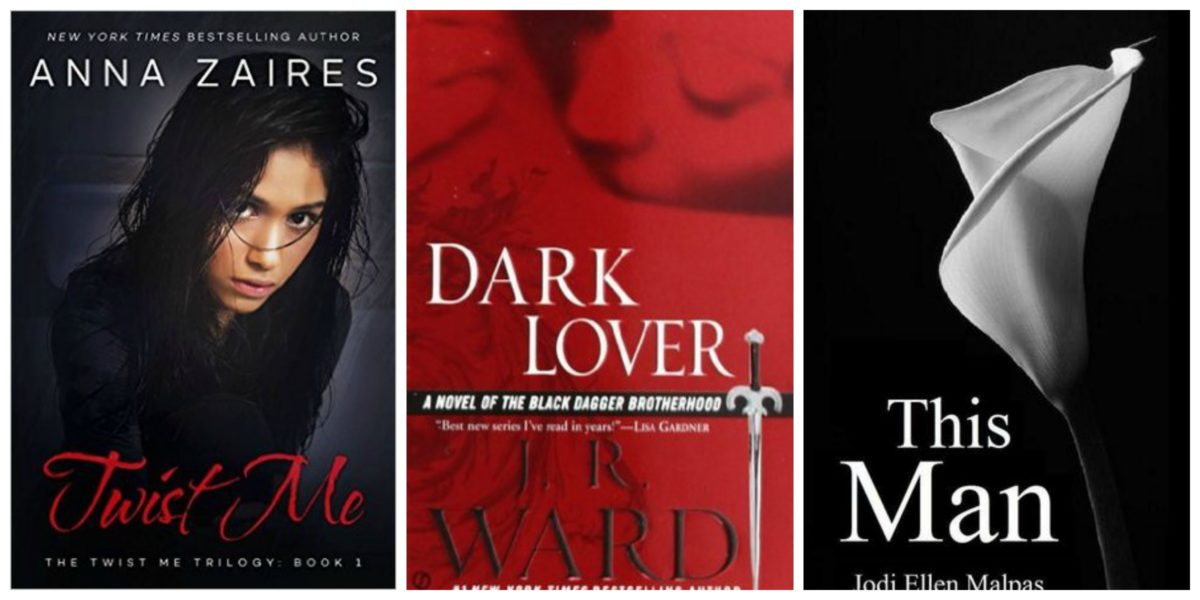 Now after this verbal diarrhea, tell me all about you. What are your favorite series? What series disappointed you? Why do you read or don’t read series?