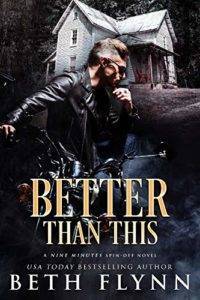 Time doesn’t heal all wounds. Sometimes they just scab over. Haunted by memories of a failed marriage, trauma surgeon Barbie Anderson escapes to her hometown for a fresh start. But the quaint community of Pumpkin Rest has memories and failures of its own that should stay buried. When Barbie runs into ex-con biker Jake Chambers, he stirs up anger and resentment in her that she doesn’t want to face. He reminds her of the one man she’s never gotten over and dredges up decades-old heartache. With his rugged criminal exterior and gentlemanly demeanor, the silver fox may have the other women in Pumpkin Rest falling at his feet, but not Barbie.

She refuses to let her guard down and have her heart broken again. When a series of revelations come tumbling forth, Barbie is forced to confront her past and trust Pumpkin Rest’s most sought-after bachelor where she’ll soon learn that love wears many faces.

Will secrets from the past destroy their future or will old wounds finally heal, allowing her to love again? 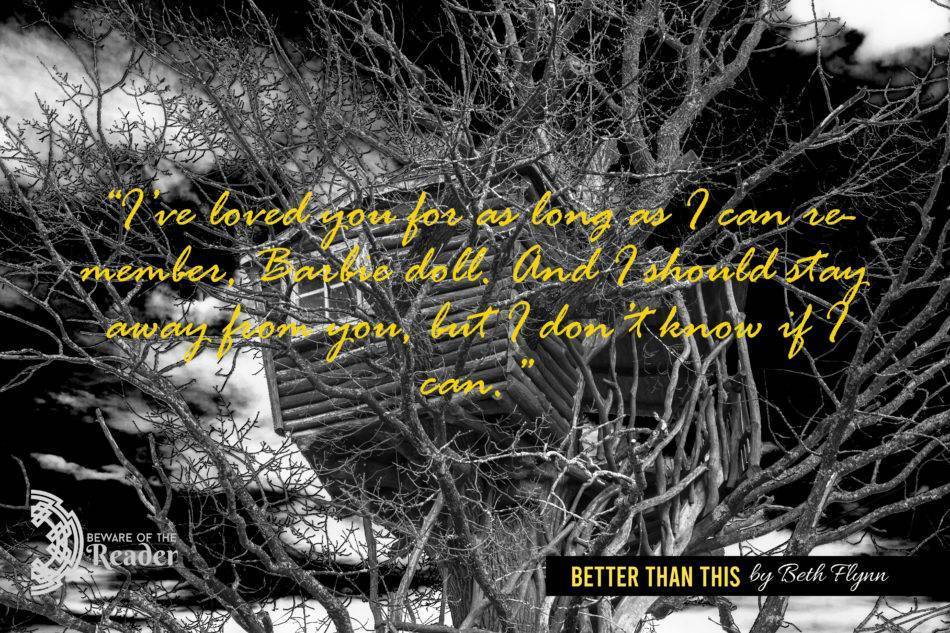 I am in awe of Beth’s writing!

She has the knack to drag you into her stories all with an economy of words. The lady means business!  She is efficient, does not use unnecessary flourishes but you can see, smell, feel everything!!!  Truly impressive 😊

Second thing that I adore about that author and Better than This is no exception: she is a mastermind plotter!

Beth begins slowly, lulling us into thinking it’s a simple story, stand alone and all. Then slowly she leaves clues here and there, like bread crumbs to follow. And we realize there is a broader picture. Something big! Something we never thought of. Once you finish all the lose ends are nicely tied up with a pretty ribbon bow on top!

This story began softly, with a woman in her early fifties, Barbara Jean of Barbie who surprised her younger sister with her husband. Of course as every self-respecting woman, she left him but truth be told, their marriage was dead for a long time.

Just another story like it happens unfortunately to many women.

What better place to heal than your childhood small town right?

“A sleepy little hamlet in the northern end of South Carolina with one intersection and very few residents.”

She will bask in the support of her best friend Darlene.

And when you read about Darlene you will want a Darlene in your life!

“The friend who married Barry, her high school sweetheart, and was still over the moon in love after more than thirty years. The woman who raised five children, only one of them biological. The same person who welcomed me back with open arms and treated me like I’d never left. Darlene was a woman who loved unconditionally and forgave wholeheartedly.”

A biker with a long braid, short silver beard riding alongside her house on a bike with a singular drawing on his bike… Said drawing will provoke Barbie’s ire and disgust.

She is usually so level headed but so much happened to her for months and now this was the last straw!

Barbie’s shock is great when she discovers that said biker goes by Jake and is in fact the new caregiver at Hampton House, a privately owned assisted  facility.

How could such “disgusting pig” be trusted with patients?

Yet everyone especially women love him! He is caring, kind, patient, hard working …and sexy!

As a young nurse said of Jake :

“He’s old enough to be my daddy.” A mischievous smile broke out on her face before she added, “And I’d let him spank my bottom any day. He is one fine-looking specimen.”

I just KNOW that you are already swooning over Jake too! 😊

Yet Barbie is not easily swayed especially as Jake had a prison stunt thirty years ago and looks like her childhood crush Kenny. He could be his twin! She is determined to prove he is not to be trusted!

After having read his hospital and prison report (how unprofessional) and talked with Jake Barbie is forced to reconsider her opinion. Jake is no Kenny and he truly is a gentleman.

Written like this, it all seems like one more love story in the making in an ocean of love stories right?

I told you that Beth is a master plotter.  Between discovering secrets about her past, trying to get rid of her awful younger sister and discovering Jake’s own past you’ll get an intricate and brilliant story. A mix between romance and mystery.

Last thing that I absolutely want to mention about “Better than This” : the characters are in their fifties!

It was SO REFRESHING to read a love story about more mature characters. Because let’s face it, that’s not because you are fifty or more that you suddenly don’t deserve love anymore nor can have a healthy sexual life! Even with hot flashes and all Barbie is an attractive woman and Jake has females of all ages swooning over his biceps and tattoo and blue, blue eyes and …

Now if you are a teenager or under thirty, you’ll possibly be “Eeew” because once in their forties or fifties people are old for you LOL But coming from a woman in her forties I can tell you that it was such a treat!

I could go on and on about that story.

I could rave about the main characters being both compassionate and attractive.

I could also talk about blood not making a family as “Fancy”, Barbie’s sister was awful but having friends like sweet and no nonsense Darlene is worth gold.

But I will stop here just telling you to READ THAT AMAZING STORY! Oh and even if it is part of the Nine Minutes universe and has some really welcome cameos about the past characters and heroes, it can totally be read as a stand alone.

So, what are you waiting for?

Have you read Beth Flynn Nine Minutes Series? Are you a fan? Love stories above forty yes or eww?