Is it Sunday already??? Damn last days of my holiday. I am so not ready to go back to work as I had so much fun 😀

This is the time to chit chat about my week outside the blogging world and on the blog! As usual I am linking to Kimberly’s The Sunday Post @caffeinatedreview.

Well as you can guess based on the title, it’s been another explosive evening at Sophie’s house yesterday!

I love my kids but they do come with a mind of their own and if it’s of course a very good thing it can also be a curse sometimes!

For those of you who have teenage daughters how do you manage? I mean mine can be real bossy and snippy. She can also be a doll and has many qualities but sometimes she really orders us a round and that goes …not so great with my son and hubs!

I think that when girls are bratty they use polite words but all is in their tones and some snide comments! And that’s as deadly as fists that boys rather tend to use. That’s why I always played with boys at school as they are usually straigthforwards.

When Hell broke lose yesterday everyone was a casualty.

Knowing that one of your kid had a totally inappropriate behavior does not make it easy when he or she has to face what was coming for him or her.

And that’s where you are wondering: “What did we miss? What could we have done better? How to react?”

This is so disheartening sometimes!

On the one hand you know they are good kids, they open doors for elderly people, give their blood to the Red Cross, give money to homeless people, help you with chores, say thank you … but on the other hand they can sometimes be so insufferable!

I wish becoming parents would come with a user handguide! The “101 to parenting”. With chapters for babies and many, many chapters for teenagers and young adults!

Now let’s get to lighter topics because I don’t want to rain on your parade today!

That glitch aside my week was great!

I went to watch Bohemian Rhapsody for a second time, with my daughter.

I did some more yoga and body balance classes *because dang body you won’t make me suffer again!*.

I took tons of pictures for bookstagrams that could be called candlestagrams this week as I finally got my utterly gorgeous box from Bookworm Candles! They are so pretty I admire them all the time!

I had naps…it was “Me” time and pure bliss!

Next week time to face the music and go back to work Thursday….

On the blog (click on the graphic to read the posts)

I’ve read two books and wrote their reviews but as they are ARCs of books that will be published on January and April 2019 I will publish the reviews closer to the publishing date!

You’d Be Mine by Erin Hanh is a first work by this author and worked extremely well. Nothing unexpected and major but a very good time and easy read. 4 stars.

In Another Life by CC Hunter was …typically CC that’s to say effortless read! CC has the knack to use every trick and trope known to YA literature and do this brilliantly. She has an intelligent writing that makes you read about sometimes heavy topics without the gloom. 4,5 stars.

I finally published the review of Girl Made of Stars by Ashley Herring-Blake and it was another fantastic read that made me think not only of the victim but also of the criminal. Why does someone who is not fundamentally a bad guy one day commit such a crime? 5 stars!

Now I am reading “Lies” an ARC by Aletha  Romig and hope to get back to Reapers at the Gate by Tuesday!

I had fun with my weekly memes!

Shanah asked us on our Top 5 Tuesday what would be our top book worlds we’d like to live in and I wrote a fun post to demonstrate why this would be a terrible idea for me because … I would be dead in every one of my favorites pretty quickly!

For the “I Heart Characters” as Thanksgiving is right around the corner we had to choose one character we were thankful for. I chose three fantastic girls who all helped open my eyes and get less prejudiced. Because that’s also why I read: to become a better person.

If you want to know why I chose Shirin, Starr and Kaya, just read the post below. 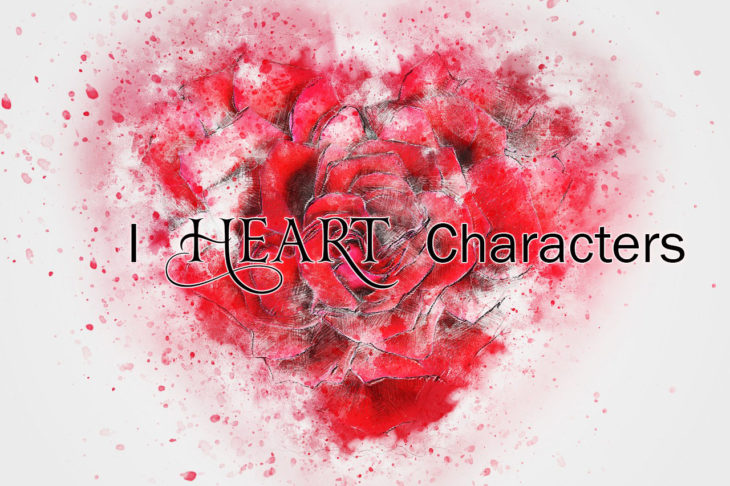 The last post was long overdue and was triggered by blog hopping to Mandy @bookprincessreview ! She asked interesting and funny questions to bookstagrammers and I thought it would be the right time to write my Bookstagram 101 Part 2.

So if you want to know more (not all I am not that ambitious) about where to find props like swords, crowns and where to buy bookmarks and bookish candles. If you are wondering how to get your furry friend in the picture and looking at the camera. Or how to take a good picture technically speaking. Or even how to compose your bookstagram then click on the graphic below.

In the blogosphere this week I chose two posts!


Brittany explains what is NaNoWriMo! And I found it pretty useful as when I began blogging two years ago I was so lost when I saw all these posts and was wondering what all the fuss was about! https://perfectlytolerable.com/2018/11/14/what-is-nanowrimo/

I was overjoyed when I saw Kelly’s post because I was also thinking that diversity is becoming obssessive! Don’t misunderstand me if the main topic of the book is diversity, go for it! I have absolutely nothing against lesbian/gay/bi/black/asian/autists/….characters because I love them all and that’s the world we are living in! So of course they should be represented. But nowadays I feel like authors are “coerced” into bringin diversity to their books or they are attacked or criticized by readers because they don’t have diversity! The worst is when diversity is used like a prop to the story! If you have only white characters and heterosexual but your story makes sense and works perfectly, fine! If your story has mainly “black” characters and it works extremely well (think The Hate U Give) perfect too! Just don’t use diversity as an excuse!

But I swear Kelly explains this ten times better than I do: https://justanotherbookinthewall.wordpress.com/2018/11/16/lets-talk-about-how-representation-is-becoming-obsessive-in-ya/

Now it’s your turn! How was your week? Leave a comment below 😀