It will be a meme where you talk about a book that you JUST STARTED! Maybe you’re only two sentences in the book, a chapter or two , maybe a little farther.  The goal is to  give a few impressions and predict what you’ll think by the end.  It will be fun to go back to this post once you’ll have finished the book! Did you think you’d love it and ended up hating it? Or did you think you’d hate it and wound up loving it? Or were you right all along? 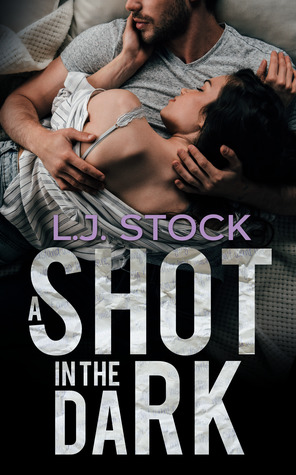 “It’s hard to explain rural Texas to someone who has never seen it before. On any given day you can stand on the roof of my dad’s house, turn in a slow circle, and the horizon will follow you in a perfect line. Flat is an understatement-at least, it is here, in the gateway to the panhandle. Down in places like Big Bend and the Hill Country, it’s a different story entirely, but I’d only ever been south of where we lived once, and I’d been too young to appreciate it.”

Life had never been simple for Miki Quinten. Her mom had died when she was eight, and in the aftermath of their loss, her father turned his grief into alcoholism, inadvertently converting their home into a melting pot of debauchery. Unwilling to be put into the foster system, Miki takes control of her own life and becomes invisible to almost everyone but her best friend and godmother.

It stayed that way until her junior year in high school and the sudden, unexpected crash landing of Childress High’s star defensive end, Dustin Hill, into her life. The unlikely pair are thrown together and discover they have more in common than either of them thought, and before either Miki or Dustin are prepared an unbreakable bond is formed between them. The only problem is, Dustin’s already in a relationship, and his controlling family have made it clear they want him to stay there.

Against Miki’s better judgment the two grow closer until fate’s twisted sense of humor intervenes and everything in Miki’s world is scattered, plunging her into a crisis she’s not sure she will ever recover from.

So what was I thinking and what am I predicting?

First that I loved the writing. I love it when authors pull me into the story with a few words describing the surroundings, the world. LJ Stock really did it in a few sentences.

Second based on the blurb I was expecting drama and angst BUT I hoped I would not get too much angst as I have a low level for angsty books.

After a few pages I really got to love Miki and I loved their first encounter with Dustin being a j@rk at first glance but then turning out to be in deep pain and a real sweetie.

So I predicted at least 4 stars!

Meet me next week to know if my prediction came true 😉 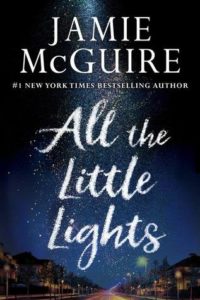 Now I can say I gave it 5 stars because Jamie McGuire totally surprised me and it was nothing as I thought it would be while reading the book! Totally blindsided! Congrats to Jamie really!

Now your turn: do tell me your first impressions about the book you’re currently reading 😉