So the week has been pretty much identical as last week’s except for a big thing: my blog broke on Tuesday!

As I had not changed a single thing (no plugin update nor anything) since the day before when everything was fine and dandy, I guessed it was not my fault and the problem should be with my host.

Only … there was no failure reported on the net or Twitter about problems with my host.

Honestly I was ready to stop blogging.

That’s how tired and fed up I was.

But my husband being the IT guy that he is, ran some checks, changed some coding and had my site back in a jiffy!

It seems that my host changed the name of my database without warning and of course, when the browser tried to log into the database with the old name, it reached a blank!

Honestly, even if I had followed all the “WordPress 101” in details (something that I promised my husband I will do) I still would have never dared altering the coding like he did!

So yes, I now have to sew a red cape for him and paint a super hero sign on it. But I put my foot down at red briefs!

I don’t think it would fit him 😀

That being said, the only news this week is that a plan has been put in place by our government to stop the lockdown progressively. I am a little bit apprehensive at going out on a train, in a lift and in a building with lots of people. So we’ll see how this all works but I have an inkling that we’ll be among that lasts to be free as we are able to homework easily.

This week I’ve published three reviews and one of them is for a book that I know will live for a long time in my heart: Where the Lost Wander by Amy Harmon! It’s been a five stars and Amy took risks here, being much more graphic than her usual self. But honestly, it’s brilliant, beautiful and inspiring! 5 stars.

An I am now at my thirteenth audiobook this year with Between Shades of Grey by Ruta Sepetys. I have now listened to all her published books and don’t know what to read next! It was a 4 stars.

Next week, I’ll have already four reviews planned! I just need to write two of them LOL

You know that I usually go for the Top 5 Tuesday but this Top Ten Tuesday was too good to ignore! I had a blast choosing book titles that would make for great band names!! 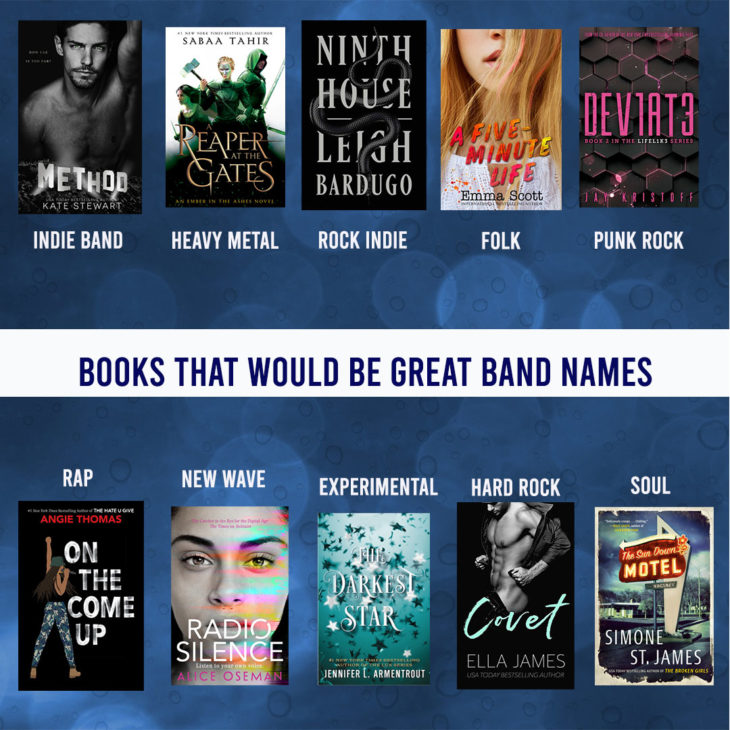 And I wanted to write something else than reviews that’s why I wrote a small (hopefully fun) discussion post about why bookworms never stop buying books!

On the blogosphere and in the literary world

Riveted has a quiz to decide which character in Chain of Gold you’d be! Click on the graphic to take the test.

That’s it for this week! Tell me how was your week? I am going to write these reviews and catch up with you all! Have a great Sunday!