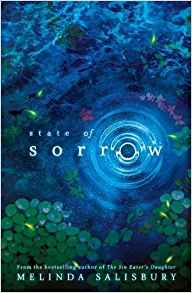 Sorrow – for that is all she brings us. A people laid low by grief and darkness.
A cut-throat race for power and victory.
A girl with everything and nothing to lose… By day, Sorrow governs the Court of Tears, covering for her grief-maddened father, who has turned their once celebrated land into a living monument for the brother who died before she was born.

By night, she seeks solace in the arms of the boy she’s loved since childhood. But one ghost won’t stop haunting her, and when enemies old and new close ranks against her, Sorrow must decide how far she’s willing to go to win…

Be swept away by the dark and dangerous new world from Melinda Salisbury, bestselling author of The Sin Eater’s Daughter trilogy

State of Sorrow was a book I had never heard of before getting it in my March Fairyloot box. I had never read anything by Melinda Salisbury before even if I had drooled countless times on her book covers.

In our Fairyloot box was Melinda’s interview where she says: “I’m all about aesthetic and making things look beautiful.” An that she “prefers decorating cakes to making them.” It truly shows in her covers! Honestly State of Sorrows is one of the most lovely covers that I own and deserves a 6 stars minimum.

I went in this book totally blind.

What would I find? I had never read any review about it… 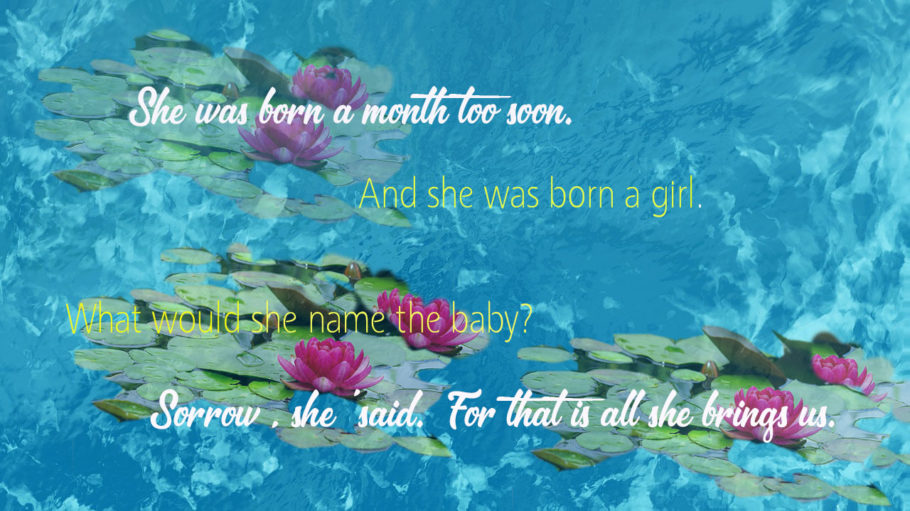 State of Sorrow is bathed in a haze.

That’s how I experienced it. The whole country of Rhannon is muted. Buried under the weight of grief. From a Chancellor whose pride killed his infant son and his wife. He is grieving and bearing a guilt for eighteen years. If he had to grieve the whole country would. No laughter not even smiles were permitted. Drawn curtains. Black clothes. No art, no music. Nothing.

Can you imagine living in a country where experiencing even a hint of joy is forbidden?

Born the day after her brother’s death Sorrow is the Chancellor’s daughter.

“She was born a month too soon. And she was born a girl. (…) As she lay there, the stink of death in the air, the Dowager First Lady asked her what she would name the baby. “Sorrow”, she’ said. “For that is all she brings us.”

She has been ignored by her father her whole life. Her absent brother is the one getting all the love and attention.

Yet she is seventeen years old and try to hide her father’s weakness. To saty strong for her people.


Sorrow is a nearly eighteen year old with the weight of the world on her shoulders. She just wanted to live, be free but will be forced to lead a country. She wanted to love whomever she desired yet strict laws forbid relationship between Rhannish and Rhyllian people.

She feels like an imposter. She does not believe she is experienced enough to lead yet there is no other choice.

Just when Sorrow begrudgingly accepts her destiny a twist of fate will change everything.

I really hurt for Sorrow. She did all she could to help, to care, to lead and was ignored at every turn. Brushed under the rug by her father and by many men who only saw a girl. Someone unfit to lead because not of her youth but of her gender. Only a few friends and advisors believed in Sorrow.

“That’s it? Was that her thanks? She wondered. After eighteen years of neglect, of living under the cloud he created, of growing up in a country that was a living graveyard? This was her thanks? For keeping the country going, and covering for him, this was all she deserved?”

What would you do?

Well Sorrow has not said her last word!

Now you should read State of Sorrow if you love:

– books with flawed characters. Not all-powerful heroes but rather ones questioning their ability to fulfill the task at hand. Characters making mistakes. Characters constantly battling with opposite feelings and wishes. Sorrow thought it would be easier if her father was dead just to chastise her mind and feel guilty right after. She was convinced she was not enough and did not want to rule just to change her mind when the opportunity to lead was threatened;

-plot with twists. I had not only one or two but at least four twists in the story. You will go from revelation to revelation. Saying not everyone is who you think is the understatement of the year;

-stories happening in imaginary world. One bright, colorful, joyful and filled with magic. The other dull and battered needing to breathe again.

Male MC: ? (there is not a real main Male MC several side male MC some more important than others)

Writing: ****/2 (Melinda Salisbury has a lovely writing. It flows effortlessly and fits the universe and the story)

Pace: **** (somewhat slow in the beginning. This is not a fast paced story packed with action. It’s just the right pace for the story and the characters).

Romance: *** (There is some romance but it’s not taking the center piece. Sorrow not opening up fully to Rasmus prevented to have a real passionate romance…so far).

Have you read this book or any of Melinda Salisbury’s books?